Panel discusses African women's empowerment and obstacles to their success 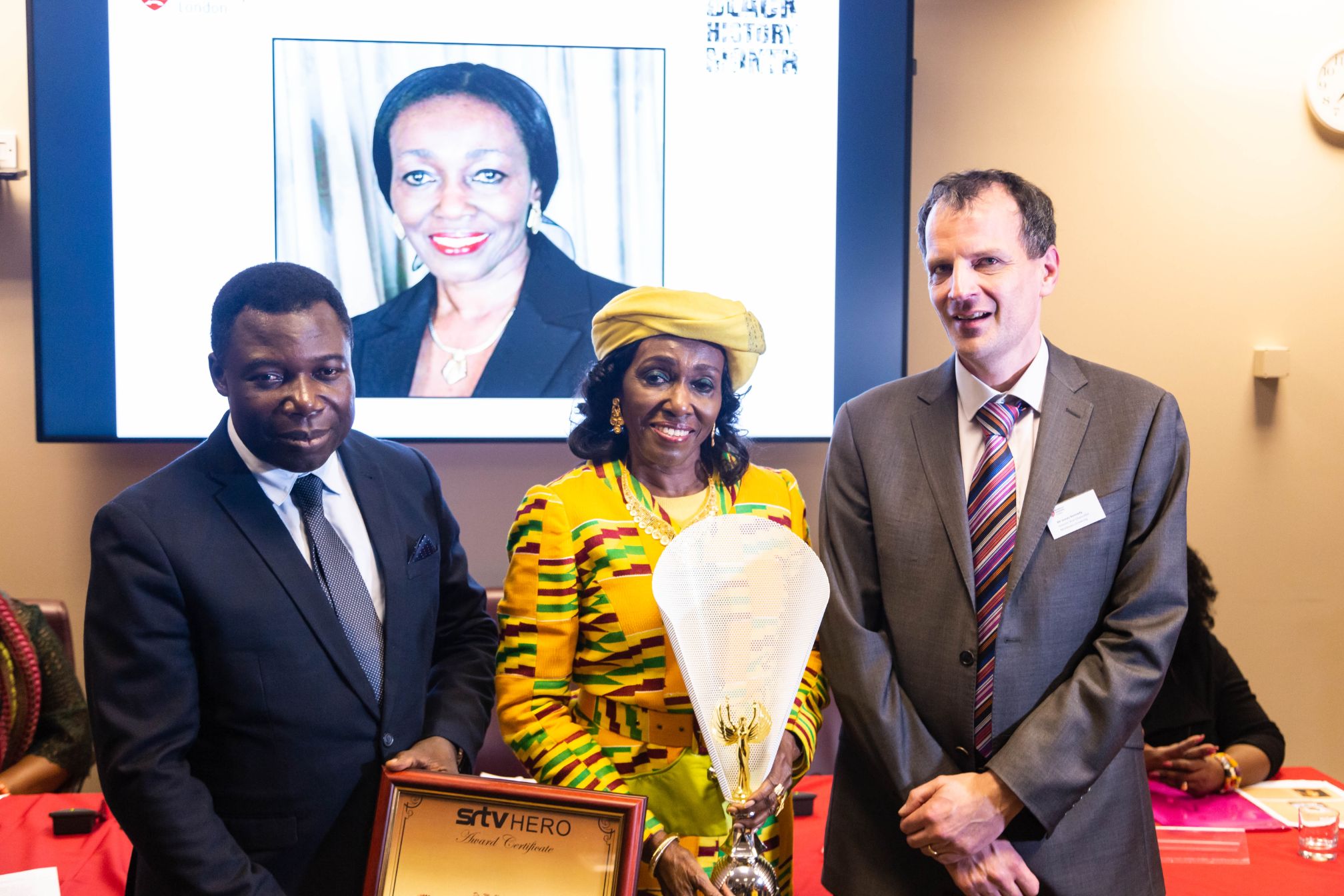 Middlesex University was honoured to welcome Ghana's former First Lady and first ever female presidential candidate, Dr Nana Konadu Agyeman-Rawlings, for the UK launch of her memoir covering her early life: It Takes a Woman - A Life Shaped by Heritage, Leadership and the Women Who Defined Hope.

The launch was followed by a panel session on the state of women's rights and opportunities in Africa and marked the climax of Middlesex's programme of events for Black History Month 2019. Dr Agyeman-Rawlings was joined by broadcaster, Nollywood actress and MDX alumna Princess Abiye, former Mayor of Harrow Nana Asante and radio chat show presenter Candy Kisseih in a discussion looking at the drivers and barriers to women’s success chaired by MC and TV presenter Ekanem Robertson.

At the end of the event, the First Lady was presented with a Hero Award by CEO of the Black/African international media platform SRTV Christian Ashaiku, another former MDX student. Ashaiku described Agyeman-Rawlings as “a woman of unique standing in our community both at home and in the diaspora. A 'she-ro’! We’re very proud to have you here today”. 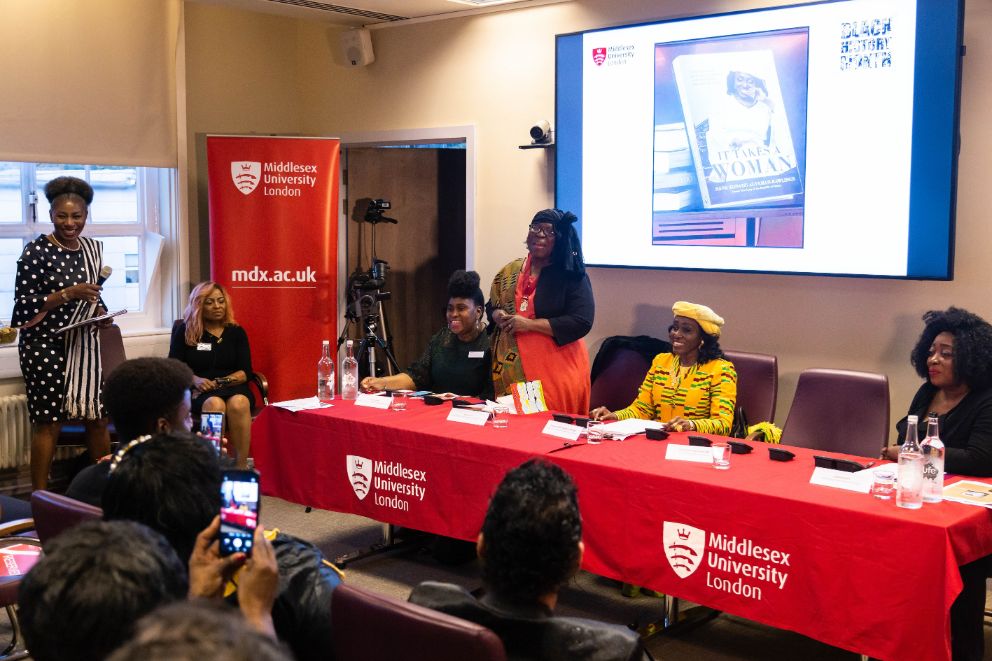 In his address, Interim Vice-Chancellor James Kennedy spoke of the 160 nationalities and outstanding diversity of backgrounds, cultures and faiths of MDX students, and how the university strives to make them all feel at home. "Our diverse community gives us an opportunity to learn from one another and perhaps more importantly be challenged by one another, and as a result makes us better people", he said.

During her twenty years as First Lady, Agyeman-Rawlings travelled the globe to promote awareness of gender issues in Africa. More recently as Executive President of grassroots NGO Developing Women for Mobilization, she has engaged more than two million women in Ghana in projects that advance women's and children's rights.

Agyeman-Rawlings told the audience at MDX about the importance in grassroots development work of providing some level of income generation for women, and creating early childhood development centres to allow mothers to concentrate on their economic activity. "It doesn't matter where we were: we'd put a little school and ask the Ministry of Education to give us a teacher" she said. "And then on my own I'll try and get some food organiser, so twice a day these children will have food that takes them out of their educational imbalances". 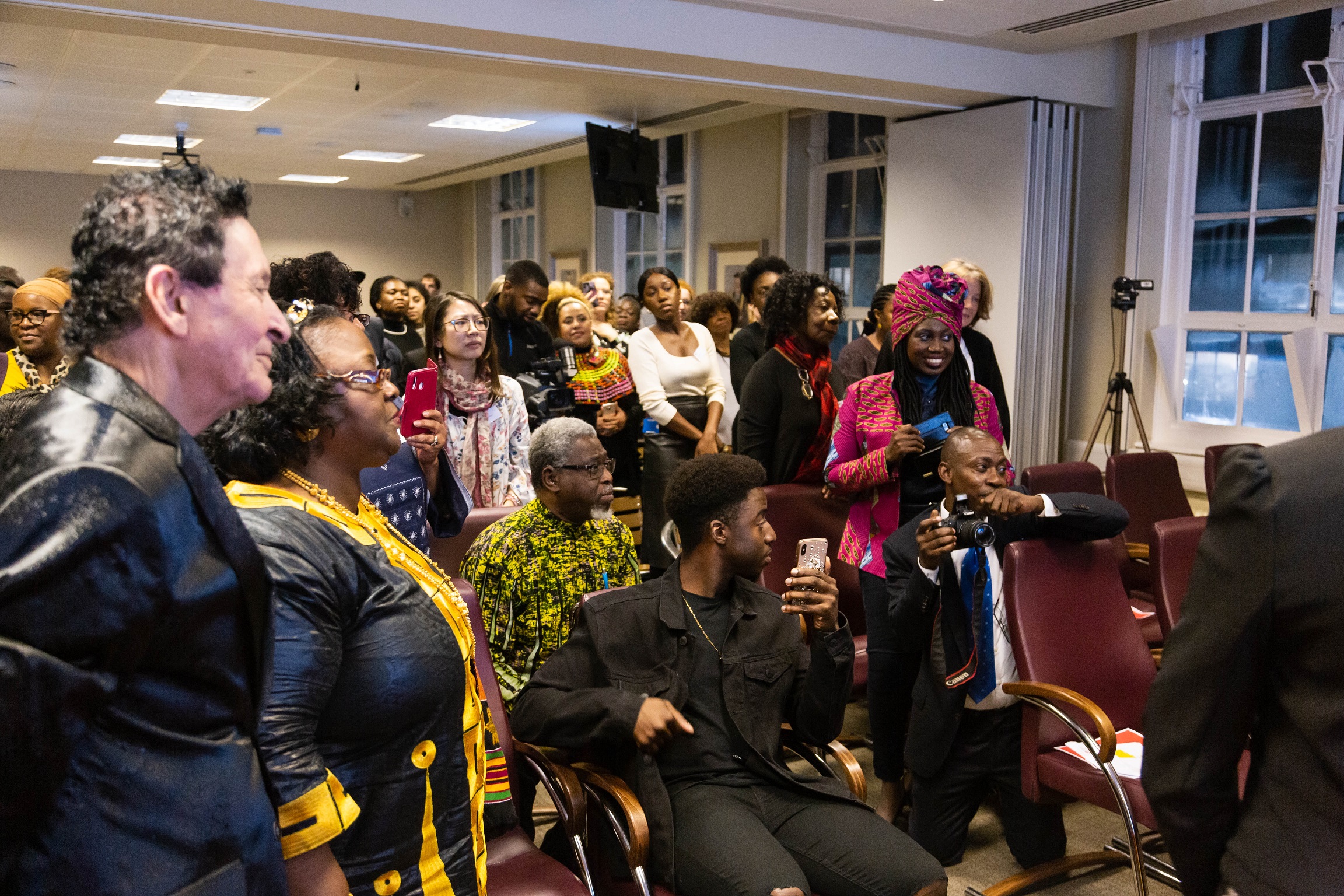 Princess Abiye described the sense of accomplishment around how in her field, the Nollywood film industry, women are now collaborating to produce and direct films. "The event was very engaging and an eye opener for us all" she said about  the panel session. "The fact that I am an old student gives me even more pride for this opportunity to share my personal experiences".

Middlesex University was one of the first British universities to offer a Black Studies programme. Set up in 1995 by Mehmet Ali Dikerdem, Associate Professor at MDX School of Law, Hakim Adi, now Professor of the History of Africa and the African Diaspora at Chichester University, and Tamara Sivanandan, it was a multidisciplinary course combining History (Colonialism & Imperialism), Political Science, Sociology and Humanities (e.g The Carnival). "We were successfully `decolonising' the curriculum before this became fashionable or mainstream" says Dr Dikerdem. Some of the eminent guests for Black History Month at MDX in the 1990s included sociologist and Black Cultural Studies Professor Stuart Hall, novelist and leading thinker on race A Sivanandan, and Director of the Center for Black Studies Research at the University of California, Santa Barbara, Cedric Robinson.