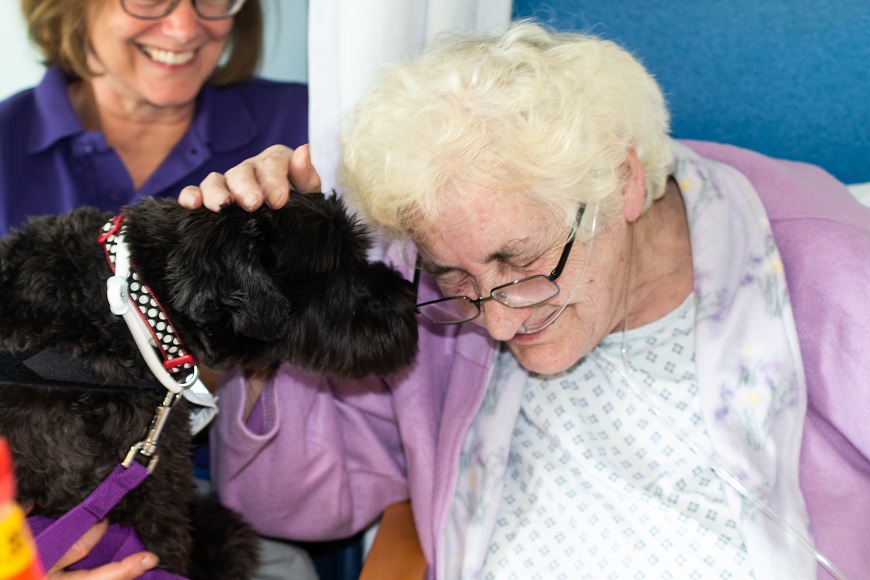 Mayhew’s TheraPaws project, which launched in 2012, involves its volunteers taking the canines into hospices, hospitals, residential and care homes across London to cheer up residents who are often suffering from illness, isolation or mental health problems.

It is similar to the hugely-successful Canine Teaching Assistants (CTAs) program at Middlesex University which allows students to de-stress by meeting the dogs at special wellbeing drop-in sessions.

"Our research supports the widely held belief that increasing community-based interventions in care homes, including dog-assisted activities such as the Mayhew TheraPaws programme, can have wide-ranging benefits for residents' health and wellbeing including reduction in loneliness and depression through increased opportunities for positive social interaction," Dr Briony Jain, who led the MDX research team.

With the ONS stating 400,000 people live in care homes in the UK and predictions of an increasingly ageing population – 25% of the world’s population could be aged 60 and over by 2050 according to the WHO - Mayhew wanted to review the benefits of the dogs therapy programmes.

Last year a team of Middlesex University academics from the Department of Mental Health and Social Work spent three months observing and analysing the impact on residents when Mayhew volunteers brought their dogs into four different care homes in London for weekly visits which could last up to 90 minutes.

The research, which also included staff and volunteer focus groups and a self-report questionnaire for the residents, involved 54 residents, some of whom have dementia. 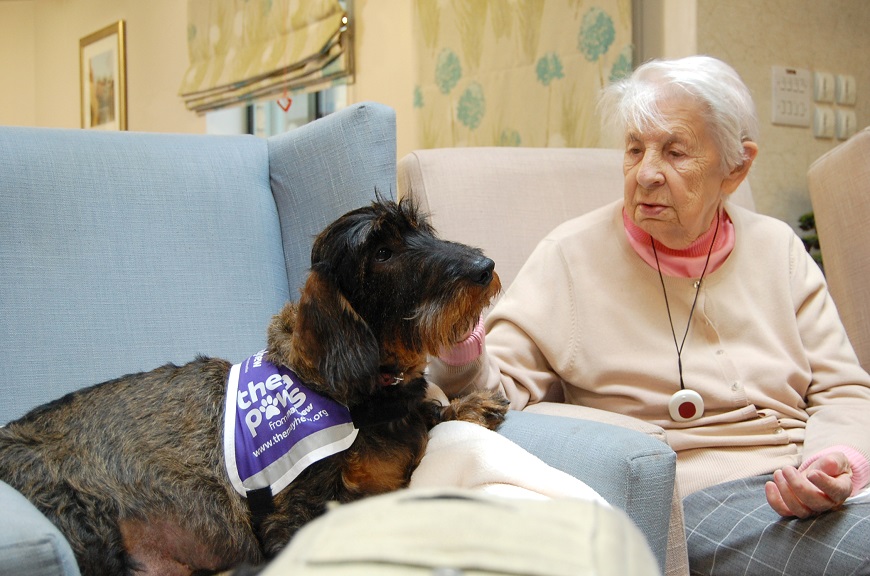 MDX researchers observed benefits for elderly residents who met the canines such as “increased social interaction” and improved communication with staff.

A final report, approved by Middlesex and Mayhew, concluded: “Researchers observed that dogs have clearly evidenced therapeutic value, and meet the emotional needs of those who spend time with them by being a proactive part of the process.

“Scientific evidence shows that dogs are efficient at reducing loneliness, improving mood, encouraging communication, bridging gaps between people and their friends, family and carers, and providing a general sense of community and companionship.”

Middlesex University now endorses Animal Assisted Interventions as a “positive and meaningful addition to a care toolkit, which can be easily implemented at relatively low cost through the development of community partnerships”.

Dr Briony Jain, who led the MDX research team, said the TheraPaws programme even had a worthwhile impact on the residents who preferred cats to dogs. 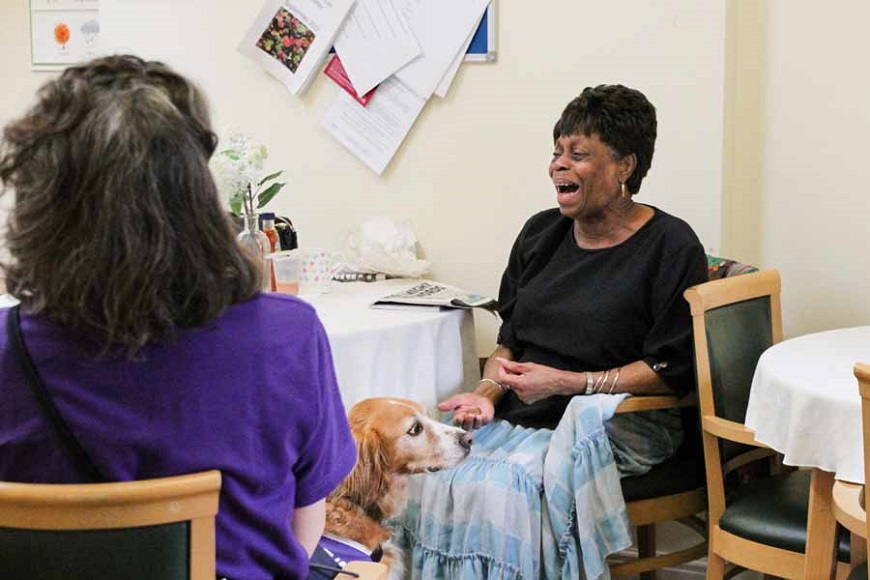 Dr Jain, a Research Fellow in Social Work and Social Policy, said: “There’s different levels of interaction and appreciation and we had residents who were decidedly “cat people”, but they were still willing to be involved in the group sessions and because you have a volunteer and outsider coming in, which is out of the routine, it still provides some social benefit as well.

“At the other end of the scale, you’ve got people who absolutely love this dog and would have it stay in the home with them if they could.

“It’s the highlight of their week.

“Say if they are not feeling well and staying in their room, and the dog doesn’t come and visit, they will be asking for the rest of the day ‘where is the dog?’

“While this was not a blanket experience for everybody, you can’t understate the value of these types of services and programs for residents.” 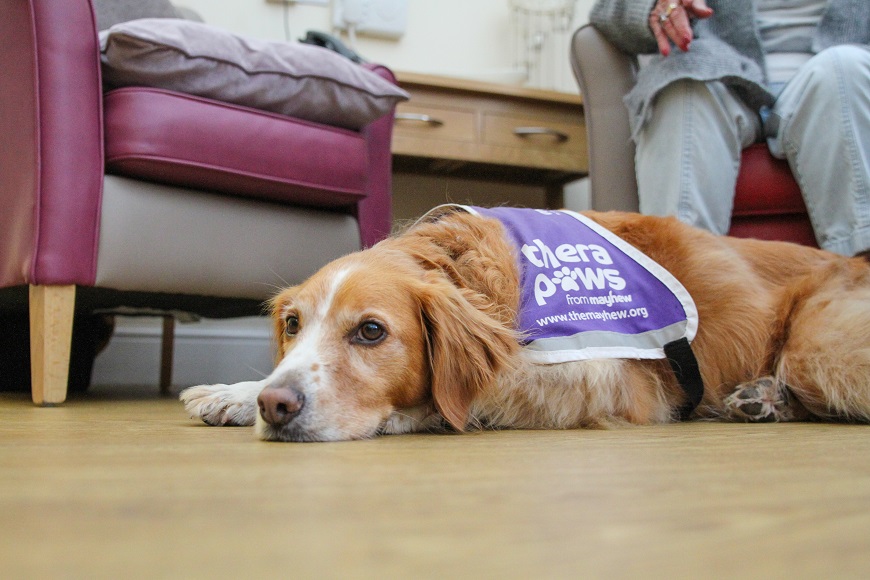 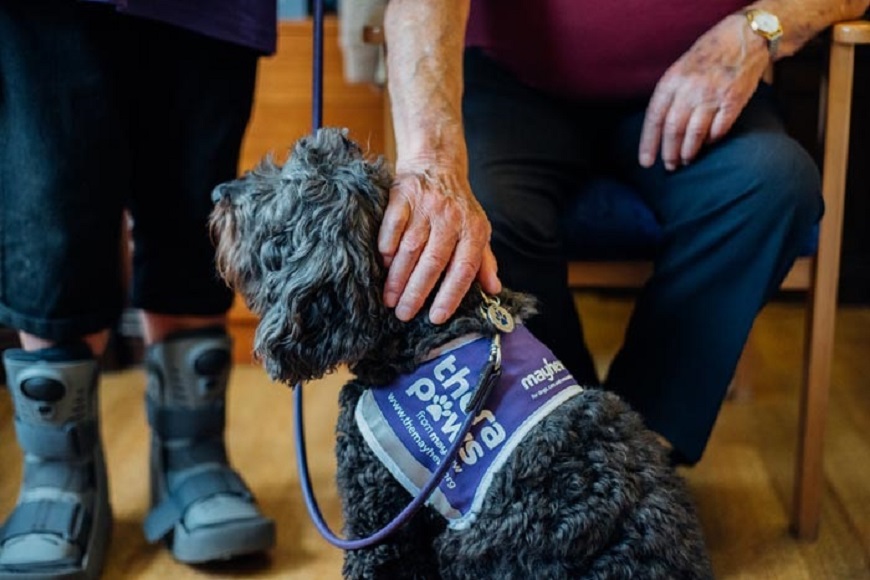 Dr Jain continued: “The team undertook a systematic review of the literature as part of this study, examining all the existing evidence before we started the project.

“The benefits which had been detected in other studies were a reduction in loneliness, a potential reduction in depression and increase in social interaction.

“The social interaction benefit was consistently observed and a perceived benefit by both staff and volunteers, which kept coming up as a major theme.

"Our research supports the widely held belief that increasing community-based interventions in care homes, including dog-assisted activities such as the Mayhew TheraPaws programme, can have wide-ranging benefits for residents' health and wellbeing including reduction in loneliness and depression through increased opportunities for positive social interaction."

A total of 41 residents completed questionnaires about the visits from dogs and Dr Jain said the overall feedback was they “really enjoyed the visits which made them feel happy, they looked forward to them every week, and they want the visits more frequently”.

According to Mayhew, the TheraPaws project is designed to improve emotional, physical and mental wellbeing in the local community.

Meghan Markle, the Duchess of Sussex, has been a patron of Mayhew since January 2019 and “applauded the charity’s vital work”. 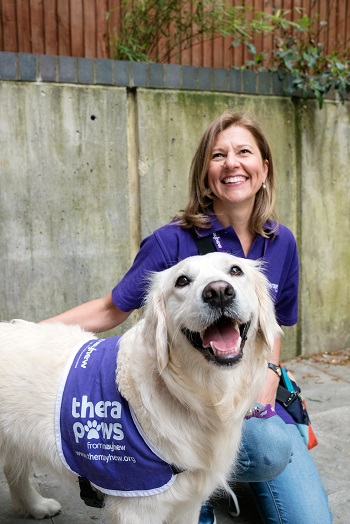 Niamh Carwood, Mayhew’s TheraPaws Coordinator, said: “We have been running the TheraPaws programme for over eight years and have seen first-hand the changes that Animal Assisted Interventions can have on people lives, the finding from the report confirms everything we have been saying and this ground breaking research is crucial to The Mayhew Model and will help us shape human behaviour for years to come.

“From our first meeting with Middlesex we knew they were the university we wanted to work with.

“They were not only passionate about the programme but also the importance of all of the community projects at Mayhew and how we are trying to change human behaviour by showing the transformative roles that animals can play in our lives.

“Briony Jain and the team were always on hand to answer our many questions and everyone they met at the care homes, volunteers, residents and staff, all mentioned how welcoming and professional the team were.”

Middlesex is the first university in the UK to establish a structured programme of work and activity for student engagement with their canine teaching assistants.

Fiona Suthers, the Head of Clinical Skills, introduced CTAs to the university in 2017 with her own dogs to reduce anxiety among nursing students.

The academic team was so impressed by the impact that the scheme was expanded to include regular wellbeing sessions where students can drop-in and relax with the canines.

Commenting on the project, Fiona Suthers, said: “It’s hard to describe the impact of just having a dog lying down in the corner of a class. You can literally feel stress levels reducing.”