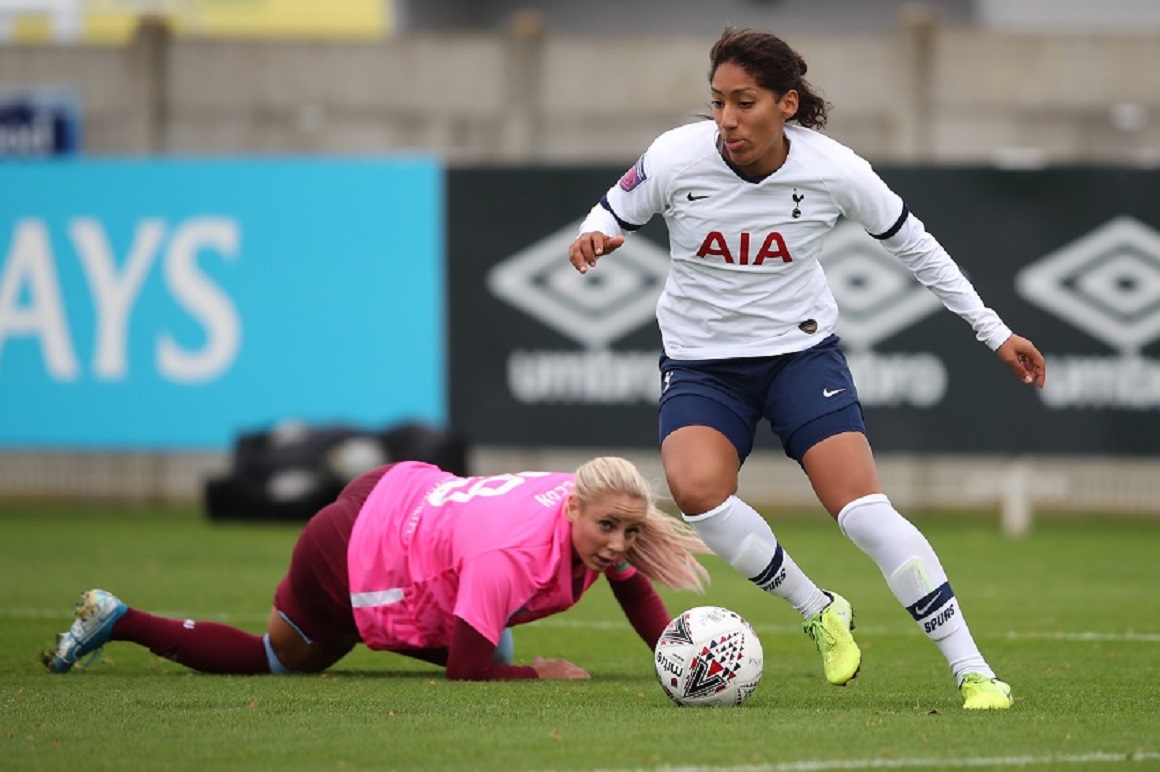 A top footballer who plays for Tottenham Hotspur Women and studies at Middlesex University revealed she couldn’t speak any English when she first joined the team.

Lucia Leon, 22, a second year Sports Science student, has enjoyed remarkable success with Spurs in the past year after the club won promotion to the top tier FA Women’s Super League.

But the journey has been far from easy for the talented defender who joined the club’s youth ranks seven years ago after moving to London with her family from Madrid.

Lucia said: “I couldn’t speak any English when I first joined Spurs and it was so difficult but thankfully football is a universal language.

"So you just play and very slowly I started to pick up the language with my friends.

“Luckily I had a very good group of friends who used to take me out and I was forced to learn the language because I wouldn’t have had friends or anything. 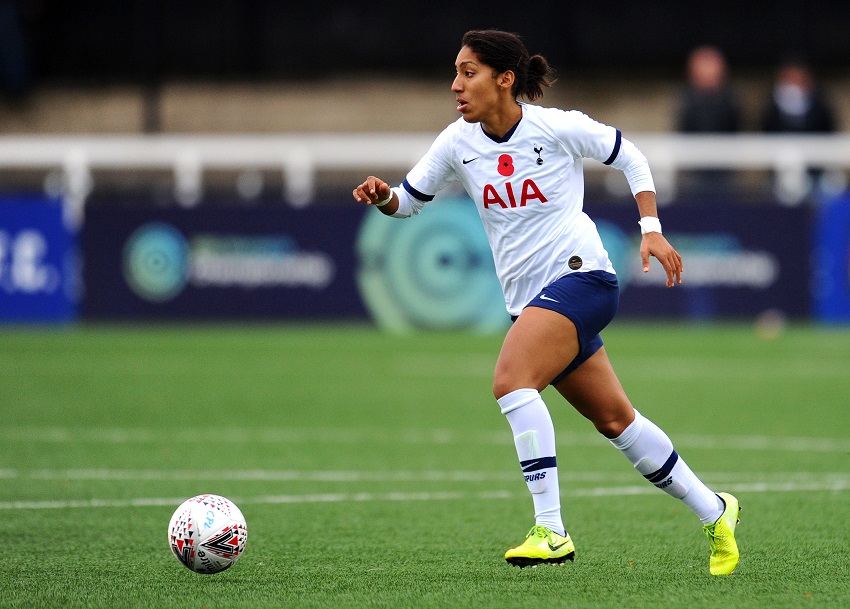 In a tribute to her late uncle, Lucia has worn the number 2 shirt after he died shortly before she moved from Spain.

“When he died it took on so much more meaning,” she revealed.

“He passed away on the 22nd of August 2013 which was literally a month before I came here.”

After settling into life in the UK, Lucia began pursuing educational qualifications at Barnet and Southgate College with support from Spurs women.

Her current schedule juggling university studies with playing football at the highest level is unenviable.

It’s a world away from the stereotypical view some might have of students partying every night.

She trains three times a week, has two full days at the Hendon and Allianz Park campuses and another hour for studies on Friday, before matches at the weekend.

When we meet at Allianz Park, she is being interviewed while eating lunch in a 30-minute gap between lectures.

“In these two years I didn’t think I’ve ever been to any uni party,” she said.

“I might have a match the next day or training so it’s literally impossible to go out partying.

“You might be able to do it out of season or maybe where you have a long weekend off because of internationals or it’s Christmas time but it’s very rare for me to go out.” 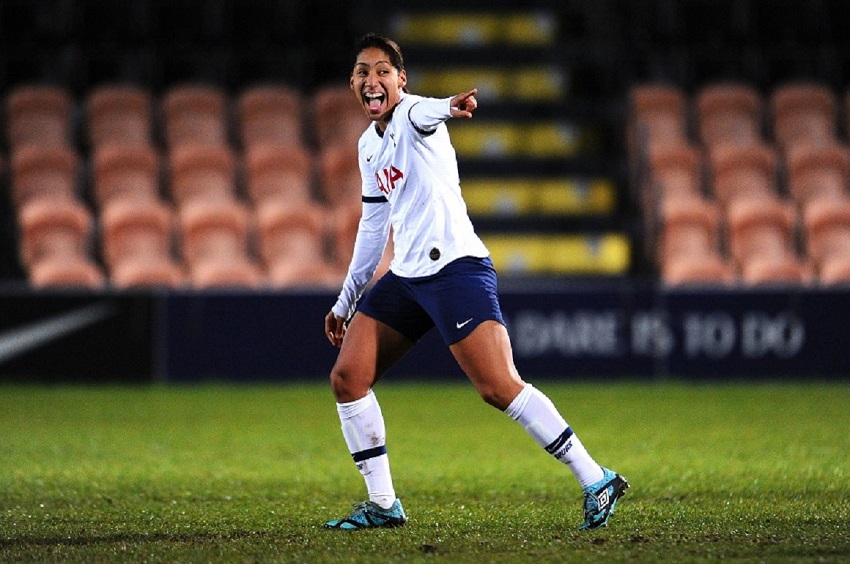 But the hard work has paid off with Lucia featuring in 17 games in the FA Women’s Championship last season and earning a call up to the Spanish Under 23 side.

She added: “The Spanish (Under 23) call up was a really proud moment for me and my family.

“The two promotions happened so quickly but good things happen to good people.

“I truly believe that.

“Tottenham has a lot more to show.”

Now Lucia, who with her dribbling skills is comfortable playing at either right or left back but prefers the right side, is competing against some of the best female players in the world from clubs such as Manchester City and North London rivals Arsenal who are the current league leaders and champions.

Tottenham are currently seventh in the table after losing to Manchester United at the weekend - both clubs were promoted from the Championship last year.

The career of a professional footballer does not last forever and it’s why Lucia has pursued her next biggest passion in helping other people maintain high levels of fitness by working as an instructor.

“I couldn’t speak any English when I first joined Spurs and it was so difficult but thankfully football is a universal language," Tottenham Hotspur Women defender Lucia Leon.

She opted for Middlesex instead of another London university because the course has a focus on strength and conditioning, and it’s also given her the opportunity to gain fitness instructor qualifications.

“There were teachers here (at Middlesex) who I’ve worked with before so I had a good relationship with them,” she added.

“So I thought if I’m going to do this course for three years, I want to do something I want to do and that’s why I choose Middlesex.

“Everything I’m learning at Middlesex is linked to being a gym instructor.

“I love the gym stuff and helping to keep people fit.

“I’m hoping to work with individuals and athletes.” 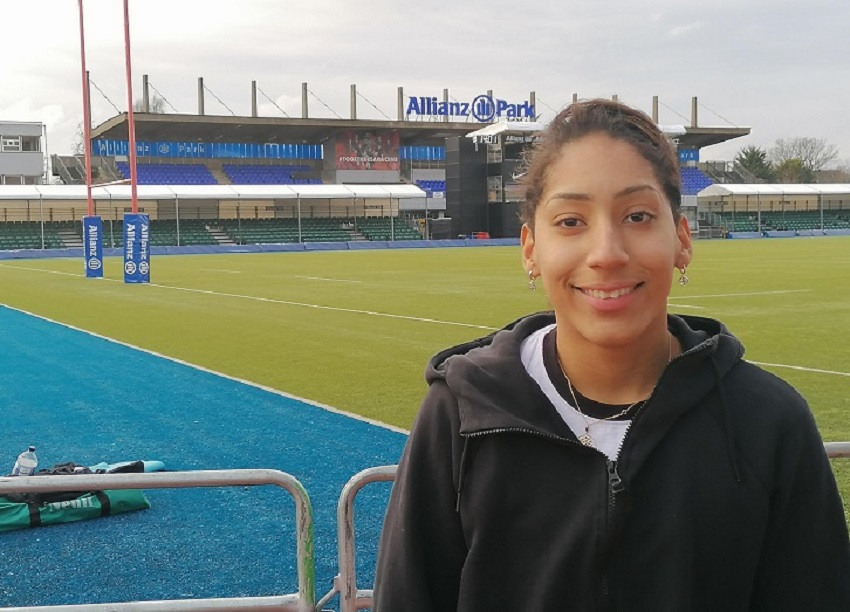 At Middlesex University, where she gets to study and learn around the impressive facilities of Premiership Rugby side Saracens RFC, Lucia said she has found the perfect match.

She said:  “The facilities are much better and the teachers are amazing.

“I don’t ever regret coming here, it was the best decision.

“They are very supportive with everything I need, they are always there and always trying to help.

“They are or have been professional athletes themselves so they know how busy the schedule is and that it’s just not on the pitch.

“You may only train from nine to 3.30pm but then you have from 4 upwards to relax but you don’t really relax because you’re so tired and then you’ve got to do assessments or work for university.

“Sometimes I literally have no time to do essays because I have so many things on my mind about football.”