Among the martial artists, dancers and musicians welcoming the Year of the Rat were MDX K-Pop crew M9Teen, set up under the auspices of the new K-Pop and Culture Society. "It was a pleasure to have colleagues and friends on stage and seeing them smash each one of their performances in front of hundreds of people" says Elena Cabal Rodríguez. 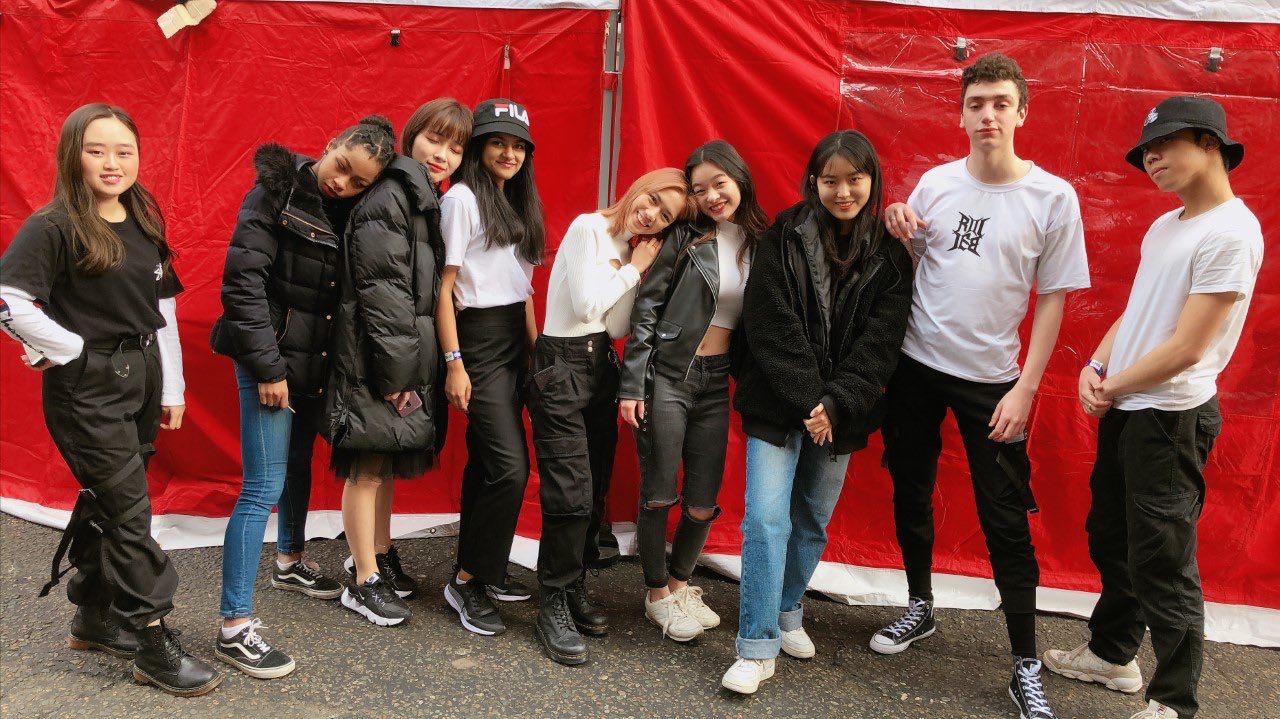 M9Teen crew leader and KPop Society President Sara Nillson said "It was amazing! I've always loved to perform but haven't been able to do so for maybe three years now. So it felt great to finally do it again". Chae Vassell, who is mixed heritage, said: "I’ve often shied away from my Asian background, but being in the KPop Society has proved to me that it’s okay to accept [another] ethnicity within you."

MDX has an ongoing association with the Chinese New Year celebrations through Senior Lecturer in Music Business and Arts Management Julia Haferkorn, a professional events producer who this year wrote the script for the opening ceremony and trained the MCs, after five years as Artistic Director. Chinese New Year attracts more than 250,000 people each year - making it the West End's biggest annual event after Pride - and it is still mostly volunteer-run.

Project co-ordinator Robin Khor Yong Kuan approached students who previously took part in 2019's event, and they in turn approached peers to encourage them to come on board.

Lily Ferreira said: "What I like about Middlesex and London is that we have so many opportunities to do practical work". Third year Music Business and Arts Management student Katerina Jelinkova, venue rep for the Martial Arts stage said this wealth of opportunities meant that, "when I go to a job interview, I have work on CV". She added: "London is brilliant, you can go to so many gigs".

Elena said that "as London is [world] capital of music along with LA, having experience here takes you everywhere". She would love to go and work for a production company after leaving MDX, and her dream would be to work with Ed Sheeran.

"The day went incredibly well: both stage crews were very professional and hard working" says Elena. "Even though it poured, all the volunteers and artists didn't seem to mind and gave it everything they've got".

"Working on the Chinese New Year celebration, my second year participating in this event, was an incredible experience" says second year Music Business and Arts Management student Cristiana Silva, venue rep for the Community Stage. "It was an excellent opportunity to gain experience and get to know the entertainment industry as well as meet people and make new friends".

“It is always a pleasure to have our students work on public facing events and doing a great job, too!" Julia Haferkorn says. "I am proud to see that our recruitment campaign last year continues to bear fruit and that Middlesex students have taken on even more responsibility in running parts of the event this year.”