Student officer Ben Sperling says pioneering course is a good mixture of academic and practical, and ensures the best people join the police 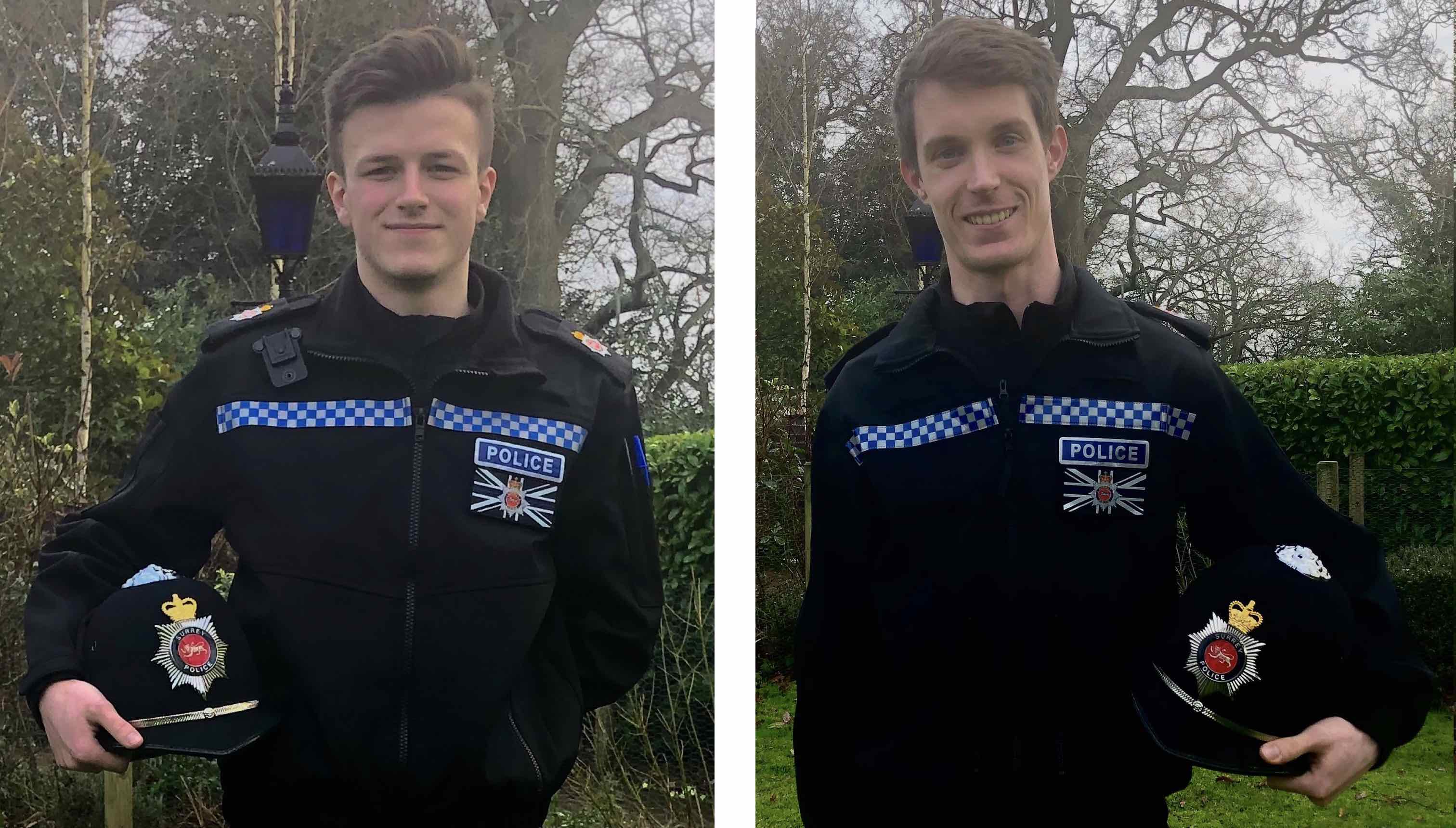 A month in, Surrey Police student police officers Ben Sperling and Ryan Edgcumbe are enjoying the novelty of being enrolled as MDX students on the new Police Constable Degree Apprenticeship (PCDA) programme.

"It's just strange. I didn’t think I’d get to university - now I'm a police officer and a university student" says Ben, 19. Ryan remarks that wearing police uniform from Day Two "makes it a bit more real".

Ryan, 29, grew up in South Africa, originally studying to be a software engineer. He moved to the UK five years ago - "it's very different - the first time I came here, I felt so much safer because I saw a bobby on the street" - and previously worked as a care assistant.

Ben comes from a family of tradesmen. He's motivated by a job that helps people, rather than chasing after financial rewards, and has aspired to join the police for as long as he can remember:

They both saw the advert to join Surrey Police on Facebook. Ryan chose the PCDA "because you get a degree behind you, it’s more involved, you learn a bit more practical knowledge, everything". Ben, who has just obtained a BTEC Level 3 in Public Services from Brooklands College in Weybridge went for it with his college lecturers' encouragement as "the best of both worlds: get a degree, while helping and earning". 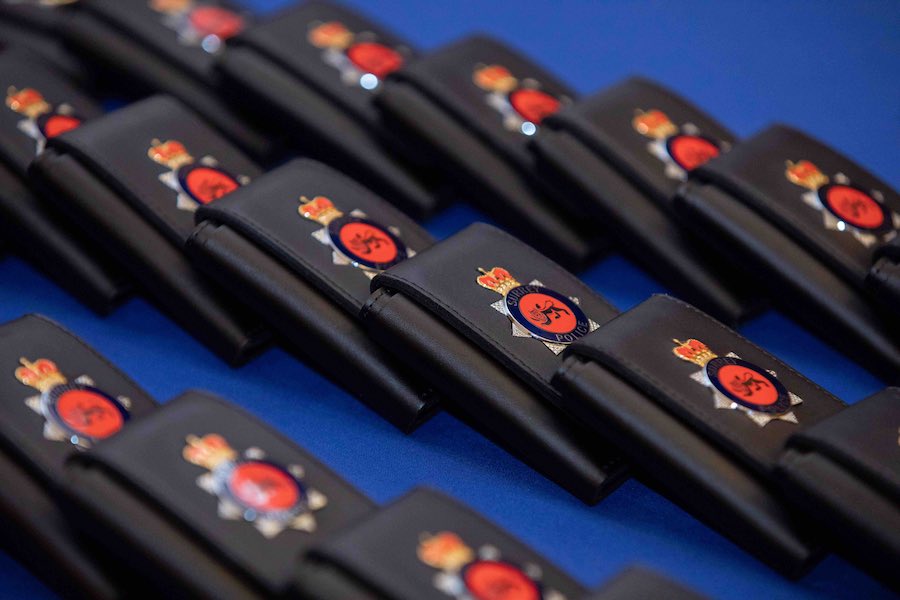 Ben says the programme so far reminds him of his FE college - "a good mixture of the academic plus the practical. Some days you do more university-style learning, like legislation for example. Other days you do more the policing side". Ryan finds the vocational/academic mix helpful too - "I'm a practical sort of learner, but when we do have discussions in class I’m learning there as well. Everyone gets involved, we all learn something new".

They say all their classmates love the exciting tales from the policing frontline told by their respective trainers, Jo Dukeson and Ben Wisdom: "everyone wants to get stuck in" afterwards. The students have around another four weeks in the classroom, then will go out to divisions on patrol duty, where they are supported by dedicated coaching units who oversee their development on and off the job. They will attain Independent Patrol Status by the autumn.

Ben lives 45 minutes away in Staines, while Ryan has a long commute from Eastbourne ("I don’t mind driving because I’m coming here to improve myself"). Both have had lots of encouragement from their families to pursue the programme. "My parents are super proud, sometimes they won’t stop going on about it" says Ben. "I'm first in my family to go to university, so there’s pictures in the hall, everything". Ryan's brother, who is in the British Army, is thinking about a police career for himself in future. 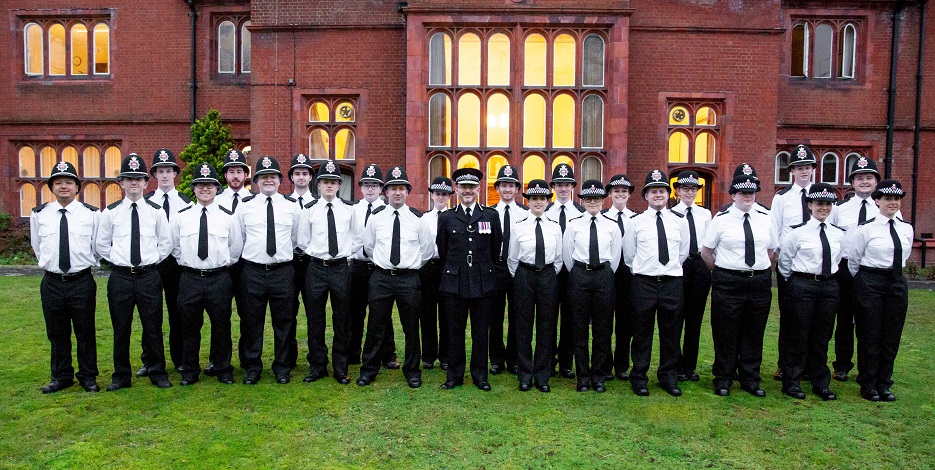 The cohort of 24 student officers ranges in age from 19 year old Ben to two officers in their early 30s. There are several special constables and people who have worked in police contact centres among them, and "everyone shares their knowledge" says Ryan. Ben is enthusiastic about the potential of the PCDA. "Policing has changed so much since 2000 when I was born. It's a different world. I think this academic route is now going to open up even better. The best people for the police, people who thought potentially they wouldn’t get in, are now starting to apply".

MDX is lead partner in the Police Education Consortium, alongside the University of Cumbria, University of Portsmouth, and Canterbury Christ Church University, which is delivering the PCDA programme with three forces: Surrey Police, Sussex Police and Hampshire Constabulary.

MDX Lecturer in Policing Paul Hooks, who helped develop the PCDA programme and is teaching the Surrey student officers says, "Historically, police training has had a didactic binary feel, with classroom teaching and operational learning being two very distinct elements.”

“This new approach sees police trainers, coaches, supervisors and managers working alongside university colleagues throughout the three year programme at all stages; giving the student officers a holistic learning experience with theory and practice seamlessly interwoven in their programme".

“I feel privileged to be part of what I genuinely believe is the beginning of a new era in police education.” 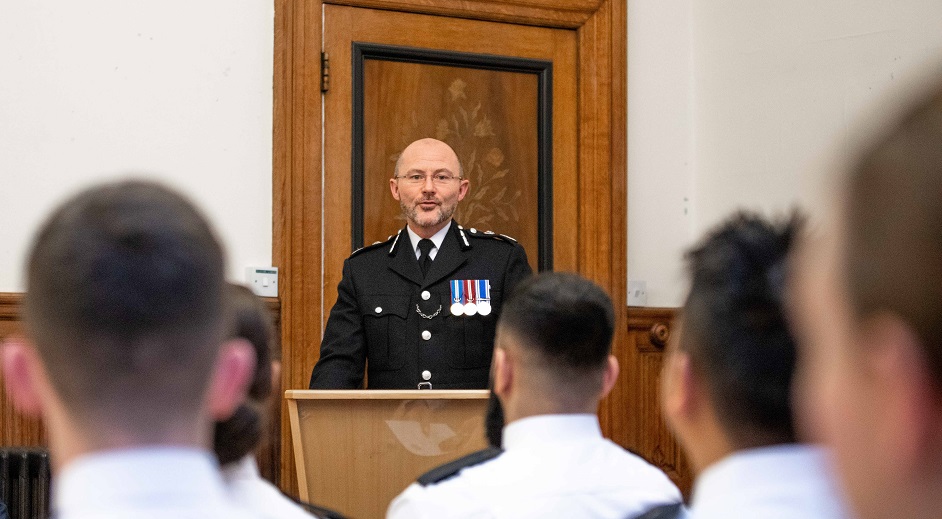 Surrey Police Chief Constable Gavin Stephens says, "We’re delighted this cohort of officers has decided to start their policing journey with us in Surrey, taking their first steps in a career where every day is different and has a real impact within our communities.

“They are our first recruits on the PCDA – an innovative new learning programme which ensures the officers of the future have the skills and knowledge required to police in modern society and recognises the existing professionalism and expertise of all our staff and officers.

”I wish them the very best of luck and look forward to seeing their progression.”

To find out more about degree apprenticeships at Middlesex, click here