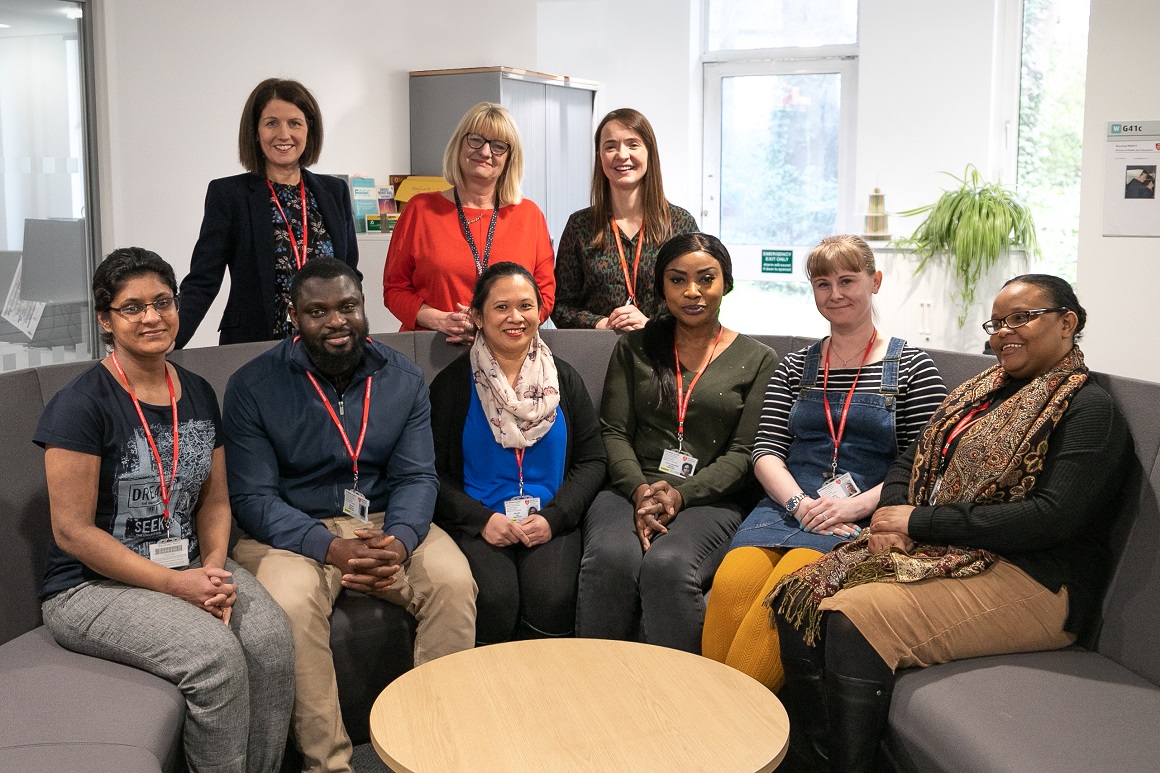 Middlesex University’s vibrant nursing and midwifery department has been celebrating after being nominated for three prestigious industry awards.

The hard work of nursing staff and students has been recognised with the nominations in the Student Nursing Times awards – an annual event staged by the health news publication.

Middlesex has been shortlisted for the Nursing Associate Training Programme Provider of the Year, while Zoe Carciente, a third-year Children’s Nursing student, has been nominated for the Outstanding Contribution to Student Affairs.

And Middlesex is one of 14 universities that partnered on the Pan London Practice Learning Group, which is up for the Partnership of the Year.

More than 300 nursing associate students are now studying at Middlesex as the programmes goes from strength to strength.

The two-year courses, introduced in 2017, offers health care assistants and others a foundation degree funded as an apprenticeship while continuing to work alongside their studies.

On completion of the course, nursing associates are accredited by the Nursing and Midwifery Council (NMC).

They can progress onto to become a registered nurse. 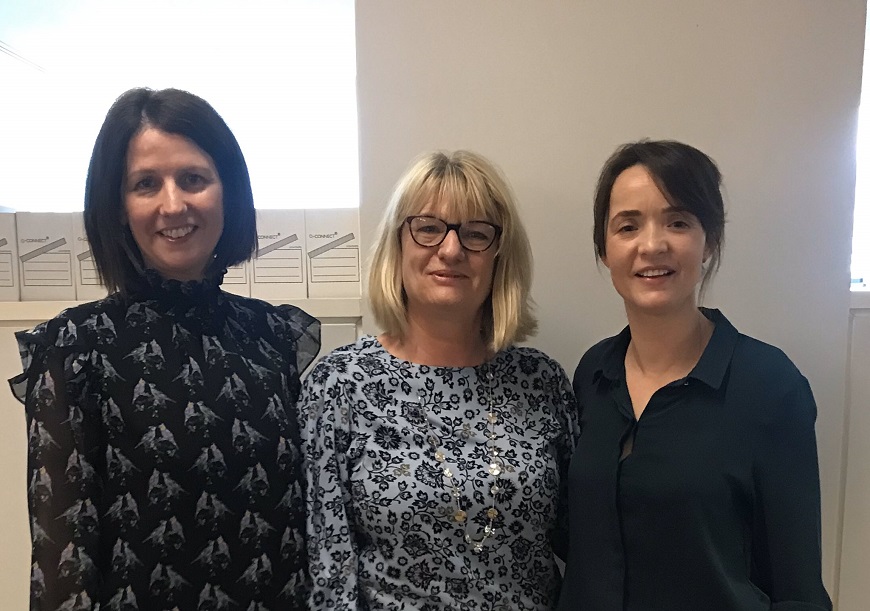 Marion Taylor, Director of Programmes for Nursing, said: “We are really thrilled to be nominated.

“We submitted our nomination because we have a really innovative, exciting and influential nursing associate programme.

“Middlesex has developed good partnerships in north central London, our cohorts are progressing extremely well and the students are having a good impact in their area of practice.

“The nomination recognises our recognised history of working with local employers and in employment-based programmes.”

In their submission, Middlesex’s nursing department highlighted how the courses are offering inclusive learning, using virtual reality, clinical skills and assessment videos, anonymous marking and how staff have been commissioned by Sage Publishers to write a book for Nursing Associate students within the Learning Matters series.

First-year Nursing Associates student Frances Adesina works on the Ruby Ward in St Pancras Hospital for the Camden and Islington NHS Trust, which is a psychiatric intensive care unit for women.

After many years working as a support worker, Frances, 47, has embarked on the course to become a Nursing Associate.

“This course gives you the opportunity to work and learn at the same time which is a very good thing,” said Frances.

“We have been made to feel very welcome and part of a big group.

“You are always eager and enthusiastic to come to school because the classes are fantastic.”

Zoe Carciente, a third-year Children’s Nursing under-graduate, has been nominated for her ‘Outstanding Contribution to Student Affairs’.

Since starting at Middlesex, Zoe has been involved various extra-curricular projects including as a student ambassador for CapitalNurse, which is an NHS and Government-backed scheme designed to promote the recruitment, training and retention of nurses within London. 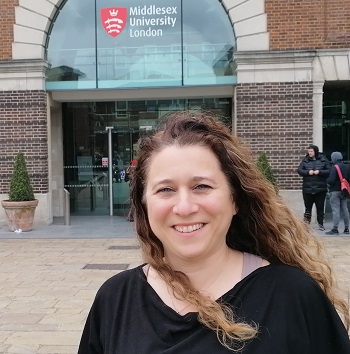 In March 2019 she was also among 50 nurses, midwives and allied health professional students gaining leadership skills through the Council of Deans of Health 150 leaders which is also looking at the ‘future leaders across health and social care’.

And she’s found time to blog for the Nursing Times, the Mental Health Nursing Journal and curate the @NHS Twitter account for a week.

More recently Zoe has become an ambassador for Nursing Now England programme, visiting a London school to speak to students about a career in nursing.

Last summer she offered career advice to young schoolchildren at the Rock Assembly event at Wembley Stadium– a huge careers fair which was followed   by live music.

Zoe said: “This has been great experience, which has really built up my network.

“As mature student I’ve seen the opportunities that are available to me.

“There’s so much to get involved in and I’ve enjoyed every minute.

“Middlesex staff have been so supportive, it’s through the nursing department that I got started in CapitalNurse and from there everything has just snowballed.

“I know other people who have been nominated and it’s great to be part of this group, because they’re all talented.

“It’s lovely to be shortlisted, it’s really quite special.”

Zoe, a mother-of two who will start a job as a children’s nurse at Whittington Hospital in September, returned to studies after more than 20 years and encouraged other students to grab the opportunities available to them.

She said: “Let people know what you are capable of doing.”

“Don’t be afraid to approach people as you never know what doors might open.”

“It’s good to give you a bigger outlook on life.”

Middlesex is also one of 14 Higher Education Institutions which is part of the Pan London Practice Learning Group (PLPG)  which has been shortlisted for the Nursing Times ‘Partnership of the Year Award’ in recognition of the second PLPG assessment document.

This assessment document is used by nursing staff when evaluating and grading students working in placements across the capital. 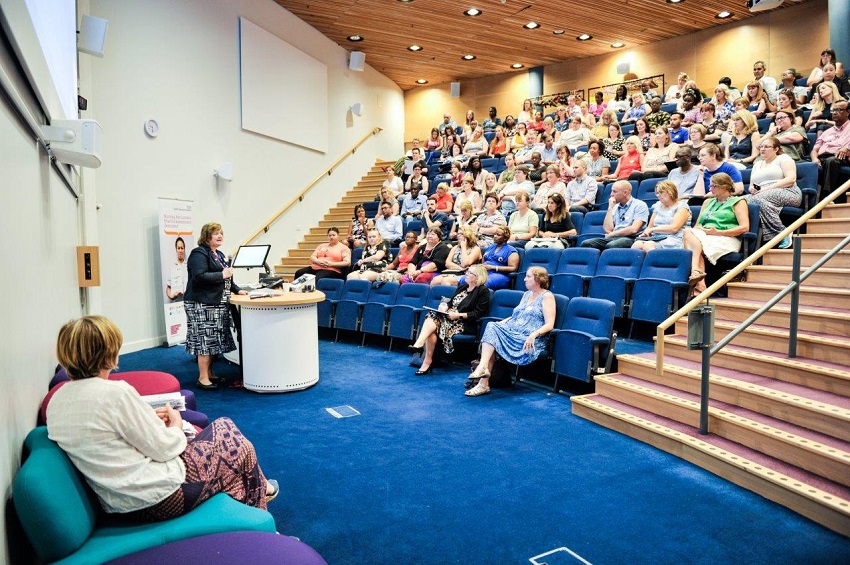 Kathy Wilson, an Associate Professor in Nursing who chairs the PLPLG, said: “Previously we could have student nurses from three different universities, who would have to be assessed with three different assessments which could be very challenging.

‘Now the nurses will all face the same assessment which makes the process fairer and more effective.”

The second Pan London Practice Learning Group Assessment Document (PLPLAD) has been so successful it has been adopted by more than 70 universities across England.

The Nursing Times nomination also recognises its “London-wide focus on new standards for learning and assessment in practice as well as a national practice assessment document for Nursing Associates”.

Kathy said: “It is a great honour to be nominated, especially because this was a collaborative project with so many different people involved who have all invested a lot of time.

“It is very pleasing to see their efforts have been recognised.”

Find out more about training to become a nurse or midwife at Middlesex.