"It’s a small sacrifice, compared to the huge benefit for you, your loved ones, and the society as a whole."

Middlesex University staff and academics from Italy have urged people to follow social distancing guidelines as their country has been the worst affected during the COVID-19 pandemic.

Italy has suffered the highest number of coronavirus-related deaths and millions of its residents have already been in lockdown for the past month.

Middlesex employs 50 academic staff from Italy, including 36 core staff, and has 108 students enrolled during the current academic year.

Countries including the UK have been issuing strict social distancing guidelines to keep people between two to six metres apart in public to slow the spread of the virus.

One MDX Italian staff member, Valerio Capraro, a Senior Lecturer in Economics, has been posting regularly on Twitter during the outbreak and has tried to hammer home the seriousness of the situation given what has happened in his homeland.

He said: “The message is clear: It’s not just a flu don’t let the virus spread exponentially.

“You can still avoid this, learn from our mistakes, take this seriously, stay at home, wash your hands, practice social distancing.

“I know that’s a sacrifice, but it’s a small sacrifice, compared to the huge benefit for you, your loved ones, and the society as a whole.” 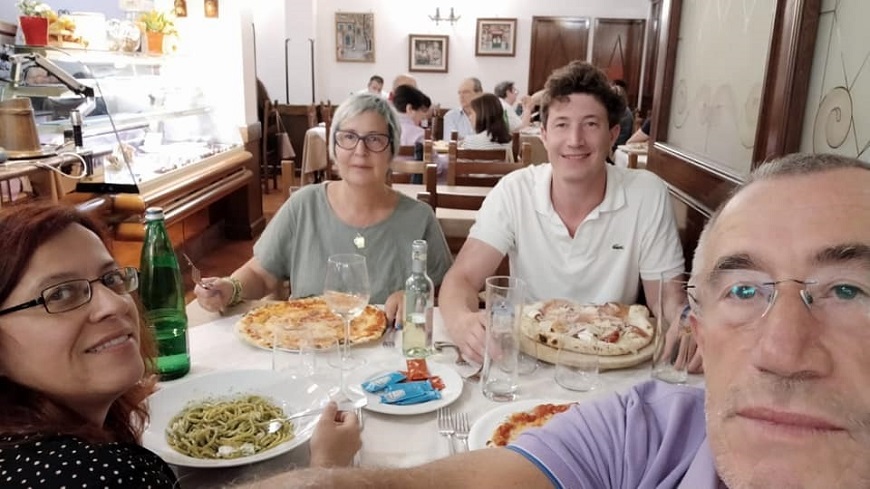 Picture: Valerio Capraro with his family in Italy

Ludovica Uggeri, 25, a Student Engagement Marketing Officer at Middlesex University, returned to her home city Rome to stay with her parents and sister after the coronavirus outbreak and also stressed how important it was to follow the rules.

“Look at what the worst affected countries such as Italy are doing and take it as an example,” she said.

“This is about thinking about other people.

“We are responsible for not spreading the virus.” 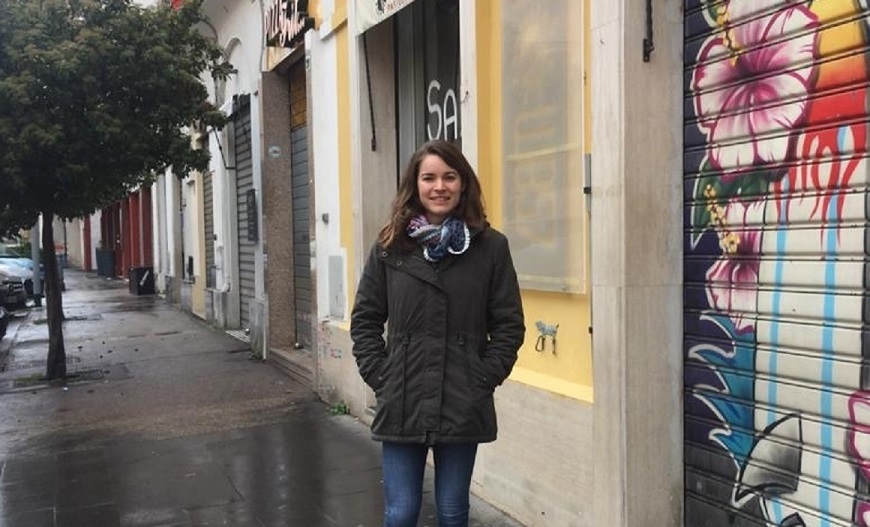 Picture: Ludovica Uggeri in Rome which is in lockdown

Ludovica has thanked the Italian authorities for allowing young professionals and students such as herself to fly home on Alitalia flights amid the crisis.

“After I started hearing they were closing the borders, I got quite panicky,” she said.

“The idea of being so far away from my family with this going on was really hard.

“Italy is a country of lots of grandparents and I’m lucky to have two but although I can’t see them (because of social distancing) it’s better to know I’m closer and here.”

Valerio has been keeping in touch with his family in Rome on a daily basis, while his girlfriend from Milan is currently stuck in Germany because of a national lockdown.

He said his flatmates are from Bergamo, a city of 120,000 residents near Milan in the north of Italy, which has been one of the worst affected areas.

“The picture of the military truck taking away bodies in Bergamo because the morgues haven’t got space was heartbreaking to see,” said Valerio.

“I’m not as worried about my family because the situation in Rome is under control.

“But the situation is really bad in Bergamo, almost every family there knows someone who has contracted coronavirus.”

Erminia Colucci, an Associate Professor in the Department of Psychology, revealed she was in Italy visiting family and friends in the southern Apulia region when the first case was reported.

After returning to London on March 3 and going into self-isolation, Erminia was informed that the Italian Embassy has asked people to report incidents of racism, after claims some Italian residents living in the UK have faced verbal abuse and discrimination.

“This has been distressing and hurtful for Italians who are away from home and unable to go back home,” said Erminia.

In her hometown Martina Franca, Erminia said they have had five cases of Coronavirus and the small local hospital would be “unable to cope” with anymore because it lacks facilities.

Despite the impact on day-to-day life, Erminia said that the pandemic has brought out the “best in some people” in Italy as they find new ways of keeping in contact.

Picture: Erminia with her sister and best friend in Italy

“Back home people are not used to being kept away from others because it’s a very community-based society in the south of Italy,” said Erminia.

“My mum has been indoors for three weeks and she’s struggling.

"However, she as many Italians, are more worried about us Italians in the UK.

“But people are finding creative ways to be together, such as making videos of singing from balconies or making recipes and sharing them on Facebook.

“There’s been a lot very funny things on social media, as Italians love making fun of themselves, and it helps to relieve the tension but also show that everybody is in this together.”

Italy has, however, also seen the same kind of panic buying in supermarkets as other countries but in a different way.

“My friend in Milan has been on lockdown for the past month and it’s quite funny in a way but she is struggling to get onions,” added Ludovica.

“You know there’s a Soffritto tomato sauce where you have to roast lots of onions so I guess that’s why.

“And they are also struggling to get yeast to make bread but we don’t have the toilet paper issue so that’s good.”