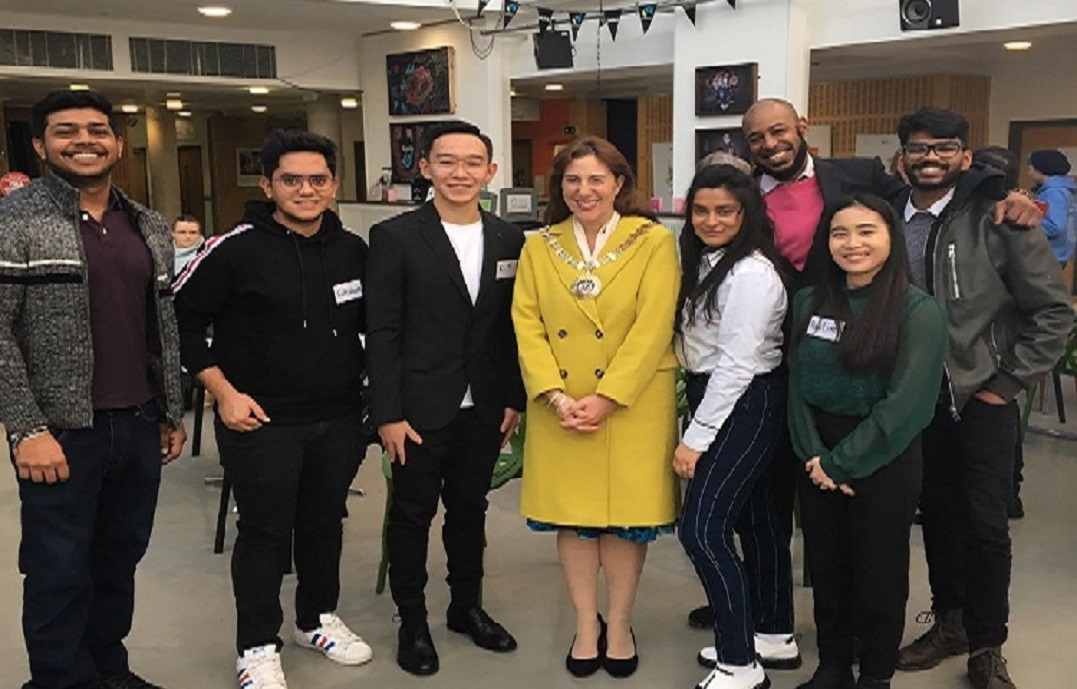 Student entrepreneurs revealed the winners of their sustainable design competition during a bumper showcase event at Middlesex University.

Working with the environmental charity Hubbub, the MDX Enactus society invited entries from students which were aimed at either Saving Water, Tackling Air Pollution or promoting Sustainable Fashion.

A range of fascinating and innovative designs were submitted which showcased the passion for the environment among students.

The Saving Water category was won by foundation students Rohi Mahal and Hareen Weerasooriya with their re-purposed storage box for hydroponics, the sustainable fashion prize went to fashion student Mara Cutas with her vintage style clothing made from upcycled materials including tea bags, while a fascinating engineering solution to help convert scooters to electric from Ben Readings won the tackling air pollution category.

The runner up designs included a new brand for luggage made from recycled plastic, a proposed badge designed to detect air pollution and change colour from green to red and reuse water bottles painted in creative designs to give them a second life.

The Design by Nature showcase also featured wonderful singing from final year music student Irene Matthew accompanied by Rohit Kumar, a recital of her poem on climate change by school pupil Aya Pfeufer, and a video message from former Middlesex University fashion student Clare Farrell who has her own fashion label No Such Thing and is co-founder of Extinction Rebellion.

The winners each received £100 vouchers courtesy of Anna Kyprianou, Pro Vice-Chancellor and Executive Dean Faculty of Professional and Social Sciences, and runners up received re-use coffee cups made from bamboo.

Professor Nic Beech, the Vice-Chancellor of Middlesex University who attended the event along with the Mayor of Barnet Caroline Stock, described the showcase as being “a really successful event and significant in promoting the environment agenda.”

He said the number of entries showed “sustainability is an issue of interest to students across the university". 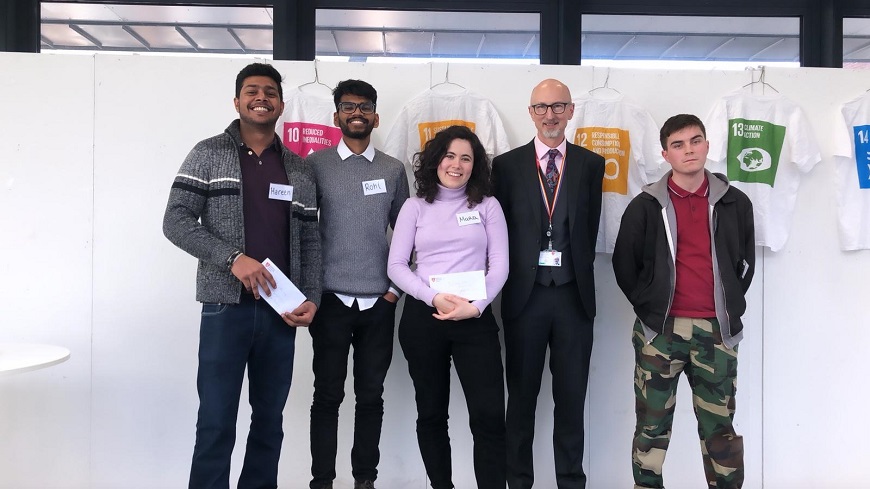 Enactus is the largest competition in the world for student entrepreneurs - operating in 60 UK universities - and aims to support young people up to the age of 25 to engage in social action and enterprise around the United Nations Sustainable Development Goals.

In October last year, Middlesex formed its inaugural Enactus team which currently has more than 70 students signed up.

It has an executive team and they are recruiting for different roles in finance, operations, human resources and marketing.

The Enactus students are currently working on two main community projects, one of which plans to deliver English lessons for refugees in the local area.

Their second project plans to deliver workshops to students designed to improve mental health by focusing on: de-stressing, building resilience, loneliness and self-care

As Enactus has hundreds of corporate partners, Dr Moon said that being part of the programme can have huge benefits for students.

He said: “If you have Enactus on your CV then you have a great chance getting a job because employers recognise the skills students would have learned by being involved in their projects.

“Some employers will fast track Enactus students during the recruitment stage."

This week the students will compete in the London Regional Finals where they present details of the planned projects in a 12-minute pitch to a distinguished panel.

As a rookie team, MDX Enactus will have direct entry to the national UK finals being held at the London Excel Arena on April 6/7th where about 80 companies will be involved with a careers fair.

Middlesex students can still get involved as each team are allowed to take around 20 participants to the national finals.

Khantemir Tasbulatov, President of the MDX Enactus society and a third year Marketing student, said his time with Enactus has given him skills in project management.

“It’s been very insightful and I’ve learnt a lot about myself but also the different skills needed to lead a team,” he said.

“You get a sense of responsibility when you join Enactus.”

Viktoria Miteva, a Master’s student and Graduate Academic Assistant, helped set up the MDX Enactus student society as her previous university reached the UK semi-finals in the national competition.

Viktoria is now working with Dr Chris Moon and Amanda Brace, Progression & Support Advisor, to promote Enactus across the university for the benefit of all students.

Find out more about studying business at Middlesex University