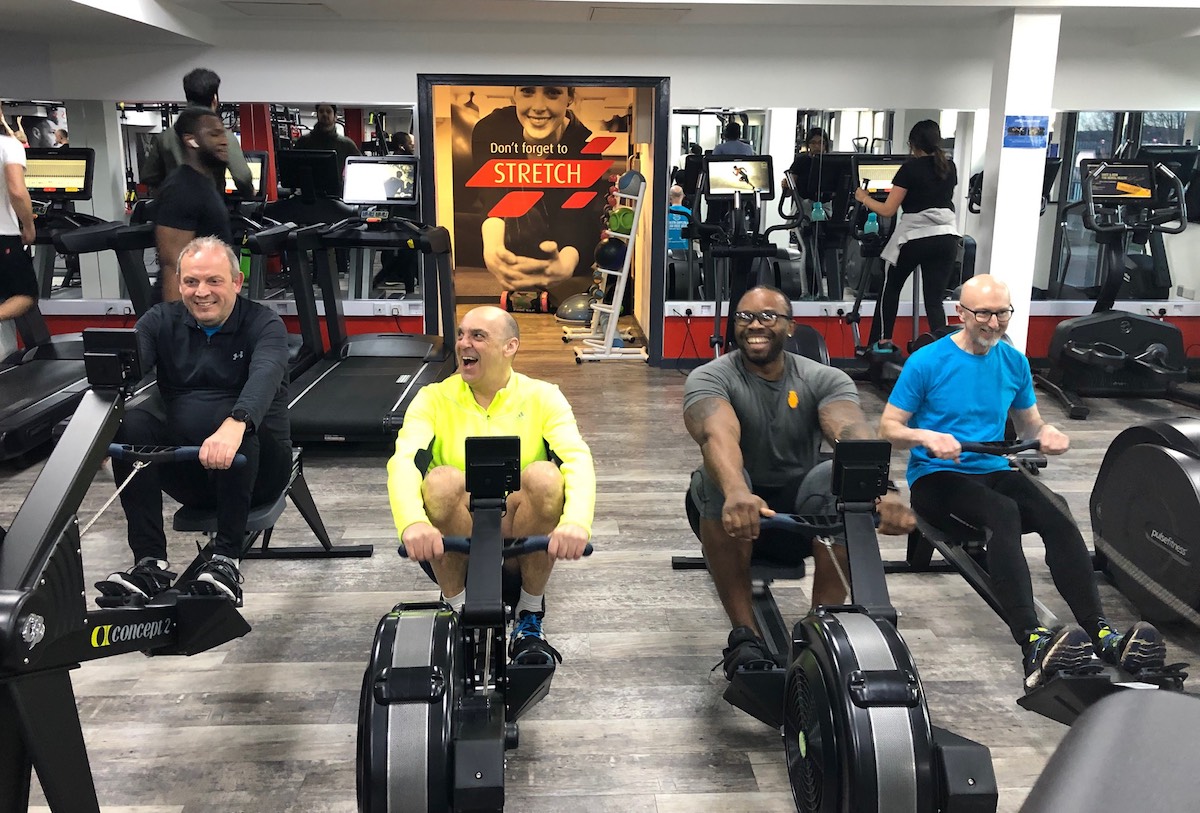 On Friday, MDX Vice-Chancellor Nic Beech and VCE colleagues will swap the Executive Corridor for the gym when they join in a 24-hour Sport Relief rowathon to raise funds and awareness for student mental health. All MDX students and staff are invited to join in: details on how to participate are below.

The rowathon marks the final leg of MDX's eight week 2020 Row Britannia Challenge, which has set universities and colleges the task of completing 2020 miles on rowing machines and raising £3000 for Sport Relief. Dedicated MDX staff members and students, including Pro Vice-Chancellor and Executive Dean Sean Wellington and Chief Financial Officer James Kennedy have been clocking up rowing miles since mid-January. 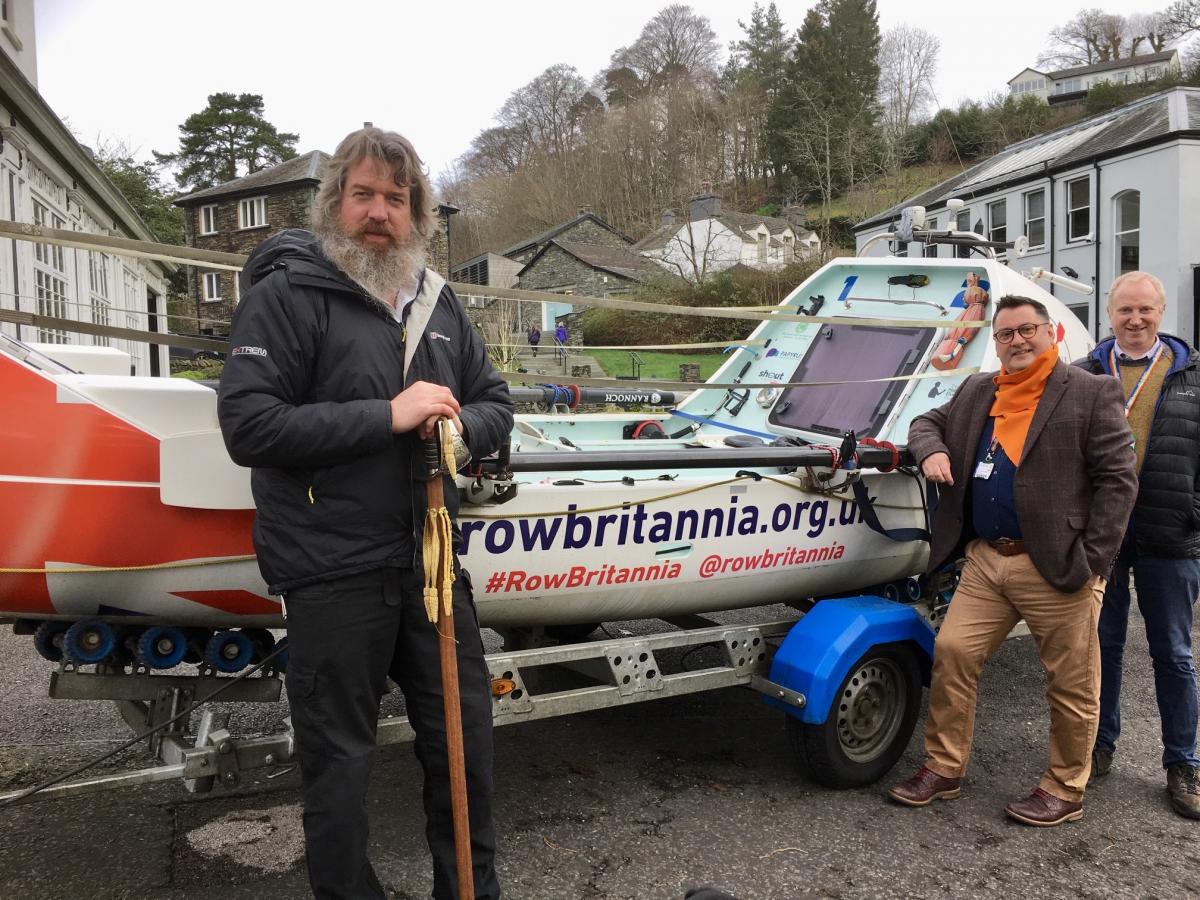 Row Britannia was founded as a mental health and wellbeing challenge by veteran Phil Packer, who suffered catastrophic spinal injuries in a rocket attack while serving in Iraq in 2008. Having initially been completely paralysed below the waist he gradually recovered his mobility, accomplishing feats such as Marathons, scaling El Capitan and skydiving with the Red Devils. Packer will visit MDX on Friday with his ocean rowing boat, which will be placed outside MDX House, to inspire students and staff in their efforts. The money raised, with an overall target across the higher and further education sector of £1.5 million, will go towards mental health charities supporting students and youth people with whom Row Britannia has partnered.

As of the morning of Tuesday 3rd March, 16 MDX team members have raised almost £1550 on the MDX Row Britannia Challenge Team JustGiving page - more than halfway to the target. 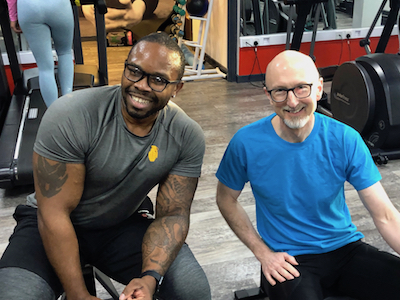 Preparing for his stint on Friday with some of the eight-week challenge rowers and personal trainer and Sports Rehab Student Learning Assistant Jerry Okoye, Vice-Chancellor Nic Beech said: "I feel in awe of some of the athletic prowess around me! The challenge is a brilliant thing to do - I'll be bringing the average speed down"

"We wanted to support Middlesex in reaching their target and hoped it would motivate us to get a bit of exercise as well” says Acting Library and Learning Spaces Manager Annette Danemann.

Annette asked some of her colleagues in UniHelp, Communications and the Helpdesk Development team if they would like to form a team and another colleague came up with the name 'Scullcrushers'. "With our jobs, a lot of us are involved with students face to face, so we are aware how important student mental health is. Some of us have children at university and appreciate what this support would mean”.

Annette also said that by joining one of her teammates for rowing sessions, they used the opportunity to get exercise and have a chat which was a good way of de-stressing after work. After the challenge is over they hope to carry on. "We realise by doing it in short half hour stints a few times a week, it was easier to fit into our daily life", says Annette's.

Another of Annette's teammates Ben Adenaike, who had never been on a rowing machine before Row Britannia, says that his main motivation was supporting the cause, and "some how along the line it became a personal challenge as well. It was an opportunity to get back in the swing of things, to get healthy," he says. "I actually love it. It's the kind of exercise that's not too wearing on the body".

The 24 hour rowathon begins at 11am on Thursday 5th March. If you are able to row at any time from 11am onwards, please contact Zoe Ranford z.ranford@mdx.ac.uk to let her know when you’d like to row and for how long.

MDX will be welcoming Phil Packer to campus at 10am on Friday. Everyone is welcome to come along and meet Phil, and get involved in the final hour of the rowathon.