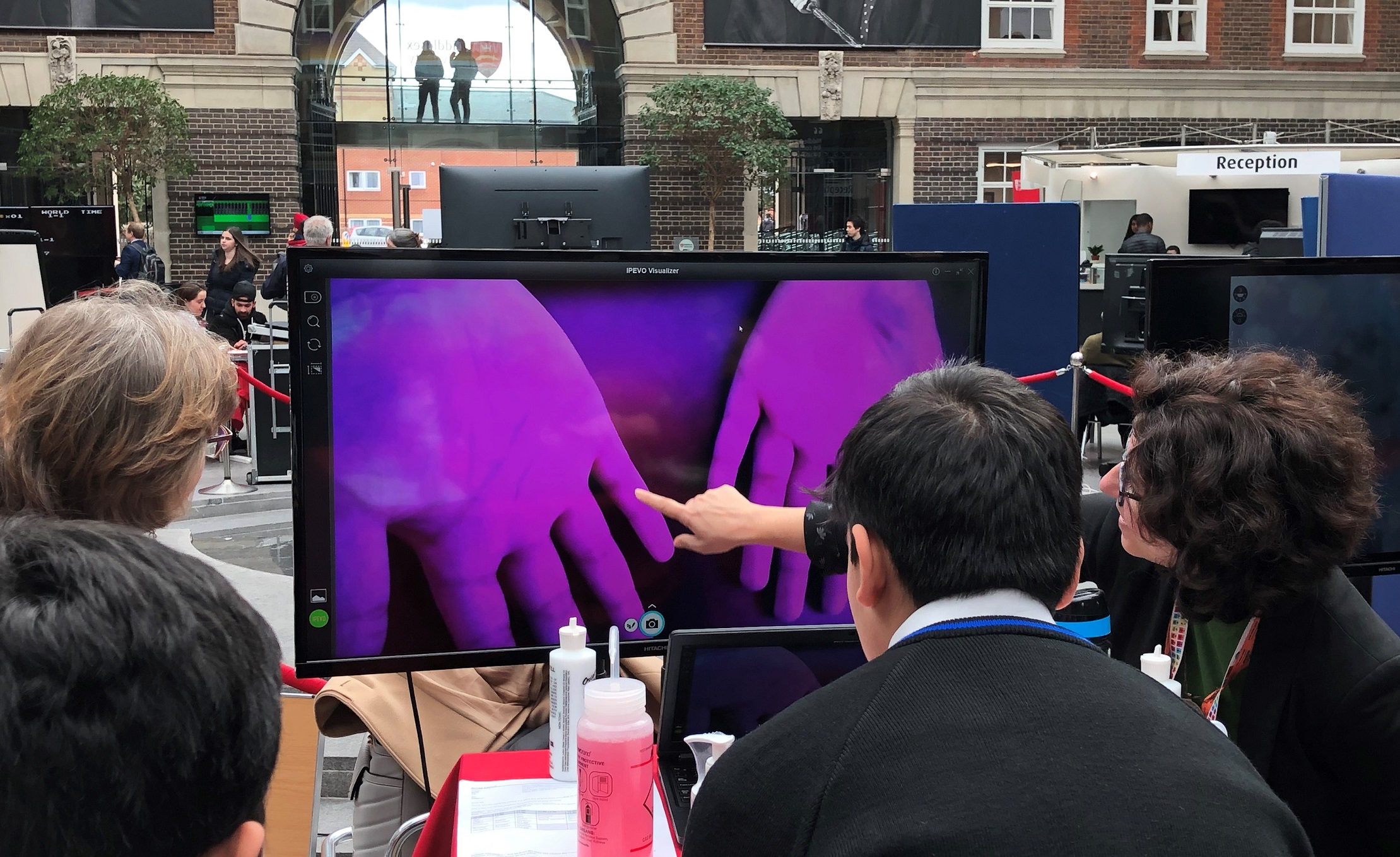 Pupils from 17 schools and families from around London came to MDX during British Science Week for the university’s sixth annual STEM Festival, with interactive exhibits, games and showcases from experts bringing alive scientific concepts. 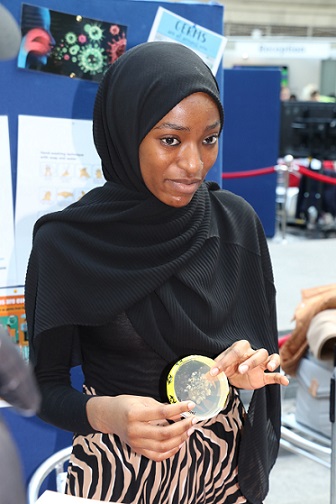 For a second year running, distribution company RS Components brought its 35 tonne Titan II truck full of tech displays. VIPs including Hendon MP Matthew Offord and the Deputy Mayor of Barnet Cllr Lachhya Bahadur Gurung were given a tour of the festival and joined Vice-Chancellor Nic Beech for lunch.

As concerns mount about coronavirus, one of most the popular attractions was a demonstration to encourage better hand hygiene. Visitors rubbed a cream on their hands and held them under ultra-violet light, to simulate the dirt and germs they would pick up by lunchtime on an normal day, then were told to go away and wash their hands. Returning to put their hands under UV light again, they could see how thorough their hand-washing technique is, and were given advice on how to reach neglected spots such as around the fingernails.

Acting Head of the Department of Natural Sciences Dr Alan Page said the idea wasn’t to shame people, but to make sense of public health advice to wash hands for at least 20 seconds. “You keep getting told to wash your hands, but if you don’t do it right, it’s no good!” he told visiting students. He added that teachers need advice as well as pupils, because they can be so busy they skimp on proper hand-washing.

“Now I know how to properly wash my hands!” said Year 8 Kingsbury High School student Parv. AIM North London Academy student Keianne said the exhibit “made me realise how unhygienic I was before”, while her classmate Nellie said “I’m not worried for myself. I’m worried about others” when it came to good hygiene.

Other attractions drawing crowds were an interactive Super Mario game in which players move their arms and jump to propel Mario on a power wall of TV monitors, and a Universal Robot arm which can be taught the right sequence of motions to pick up a rubber duck and put it down on a platform. “The robot arm looks easy, but [to start] it’s actually quite hard”, said Ekin, eight. Ekin and his brother Azad, 5, worked it out by “watching each other” says their mum Hatice – “they did everything by themselves”. 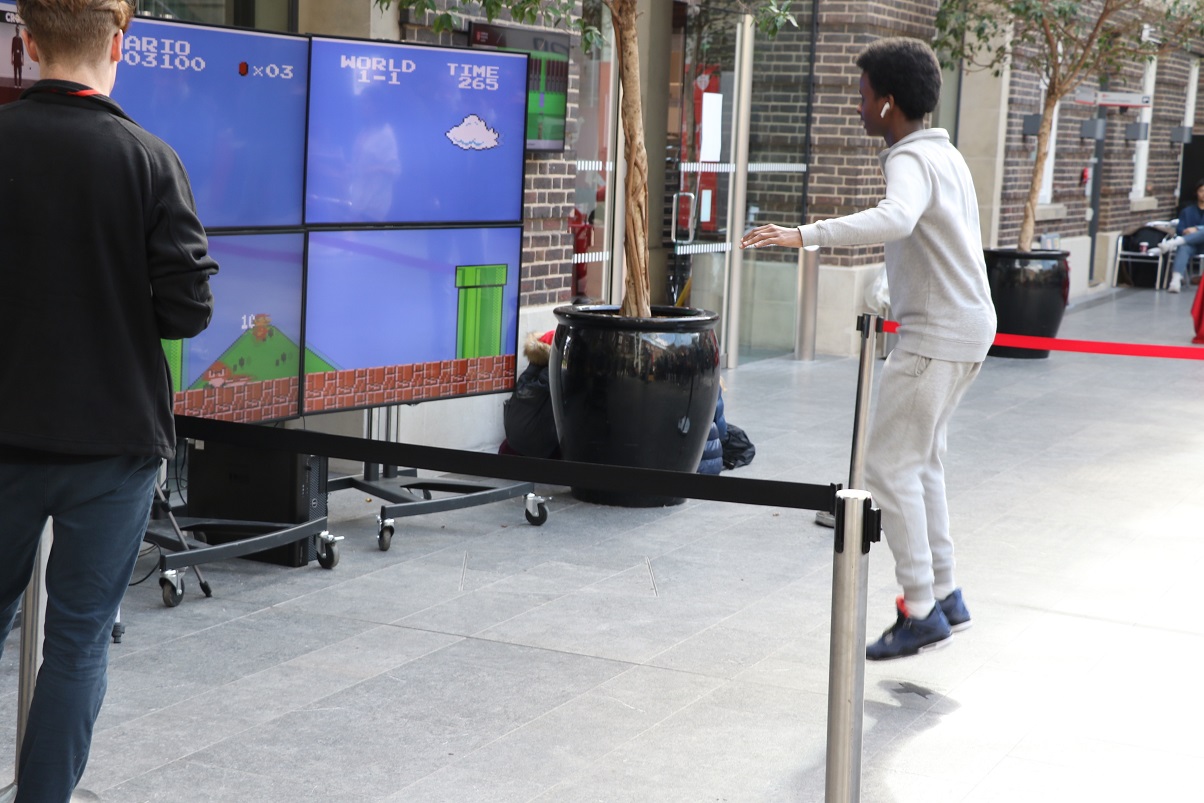 Duval from Le Swap Sixth Form enjoyed the strength and OptoJump sports science challenges most. “I was first and second at both of them” he said. “My name’s still up on the leader board. Yes, it was very competitive”. Michael and his friend Laercio from St Mary’s and St John’s C of E School, Hendon liked the EEG ‘mind control’ games “because it helped us concentrate”. Selfies with robot compliant robot Baxter were another draw. “Lots of kids came twice – everybody loves it” said supervisor Federico Ricci. 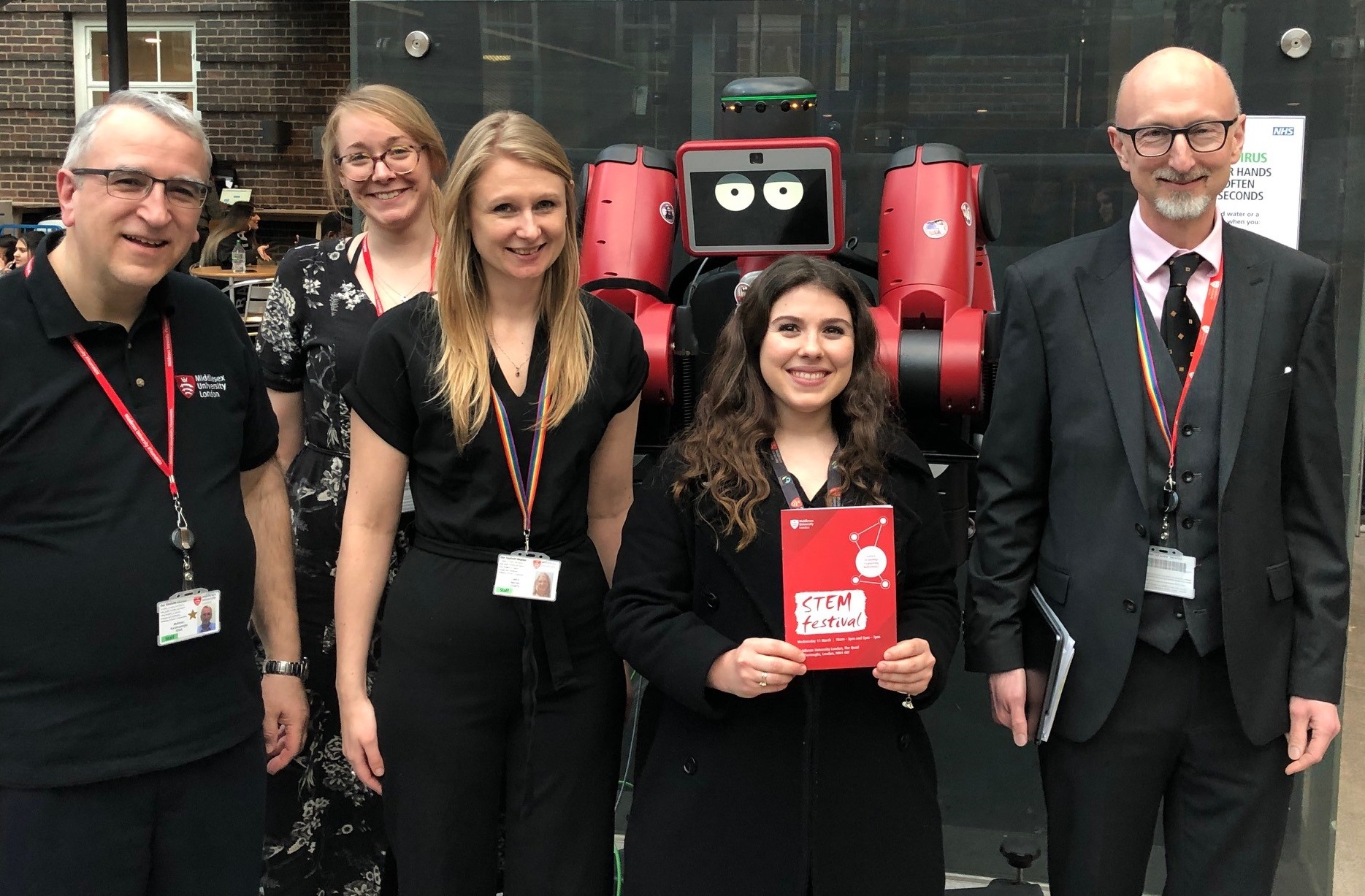 Visiting teachers thought the event, including a lecture by mechanical engineer Nicola Grahamslaw, currently conservation engineer for the SS Great Britain, was inspiring for students who haven’t decided what they want to do yet in life. But some young visitors already had it mapped out. Abarna from AIM North London Academy hopes to become an aeroscape engineer and Michael from St Mary’s and St John’s an orthopaedic surgeon. Among many other exhibits were tabletop Mirto robots controlled using the accessible programming language Scratch and the Virtuali-Tee Augmented Reality T-shirt which shows the body’s organs and systems when read by an App.

In the Titan II truck in Scholars’ carpark, tech distribution company RS gave almost 400 young people tours of 16 displays showcasing technologies such as Internet of Things, thermal imaging and 3D printing. STEM Education Manager at RS Laura Giddings said, “I saw an amazing spark in a young person today. I can’t wait for her to get into industry to see if she invents [something], in what she describes as the future of gaming and technology”. 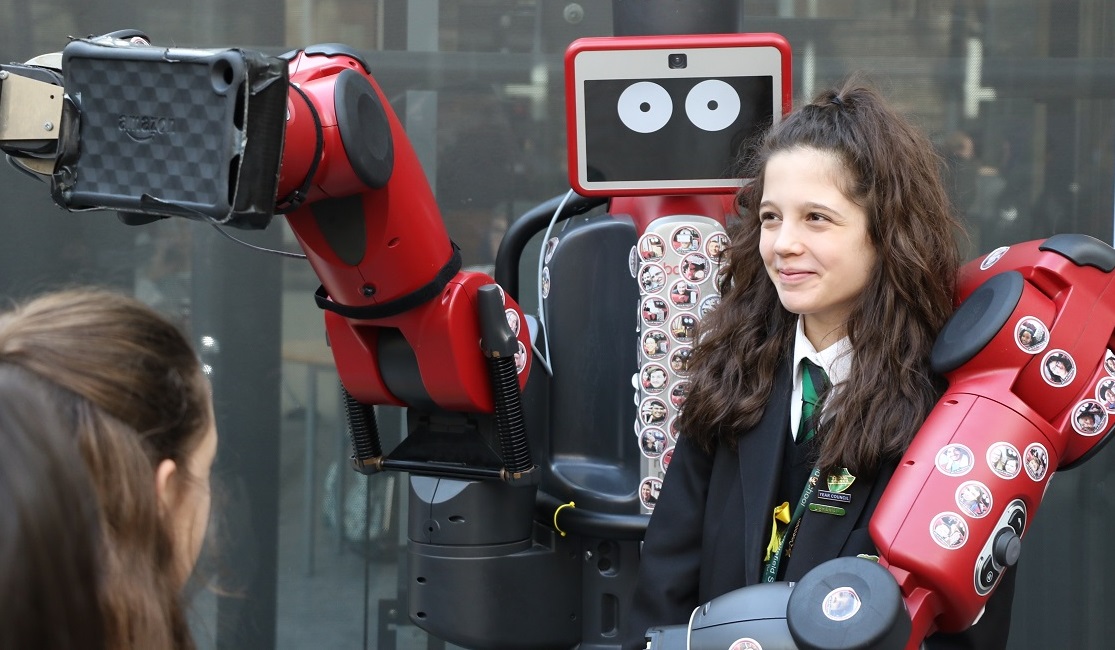 Head of the Department of Design Engineering and Mathematics Professor Mehmet Karamanoglu said: “We have seen some wonderful people coming through today. One for me was the first family who arrived 30 minutes early with their three daughters aged six, eight and ten, all wanting to be engineers.

“Despite the difficulties that we faced, staff have pulled together a great event which the public enjoyed it very much. We stuck to our mission of enhancing our community and STEM education and mounted STEM Festival in a way that minimised risk for everyone”.