Middlesex University academics have called for greater understanding through research into the high number of Black, Asian and Minority Ethnic (BAME) cases during the COVID-19 pandemic.

The disproportionate number of BAME coronavirus-related cases was highlighted in a recent report from the Intensive Care National Audit and Research Centre.

It showed that 34% of more than 4,800 critically ill patients with COVID-19 were BAME despite only 14% of people in England being from BAME background, based on the 2011 Census.

As a result of the concerning statistics, the UK government has announced a review into the impact that coronavirus is having on ethnic minorities.

"We look at America and see they have a very tangible problem of racial inequality where the UK has an element of denial that this is sometimes a reality." Angus Nurse, an Associate Professor of Environmental Justice.

Middlesex University is committed to social justice and equality with a particular emphasis on diversity.

MDX is proud to be one of the UK’s most multi-cultural universities and to have such a diverse student body.

In its 2017/18 intake more than 70% of 18-year-olds were from a BAME background which is four times higher than the national average of 16.1%, according to the Office for Students (OfS).

A number of research projects are now planned by MDX academics around the issue of disproportionate BAME cases.

Professor Richard Bayford, Professor of Biophysics and Engineering, plans to lead a team to research the differential impacts/vulnerabilities of the virus for BAME, gender or other characteristics.

Professor Carole-Anne Upton, the Pro Vice-Chancellor for Research and Knowledge Exchange and Executive Dean of Arts and Creative Industries said “Our academics are directing their expertise towards a better understanding of the reasons why COVID-19 seems to be having a differential effect on BAME people as well as the differences we’ve already seen according to age and gender.

“We are all looking carefully at the data and considering it through a variety of different lenses - looking at socio-economic factors, workplace cultures and behaviours, social interactions and of course biomedical factors.”

A number of MDX academics who have researched social inequality have also spoken out on the disproportionate number of BAME cases and pointed to various established factors such as: 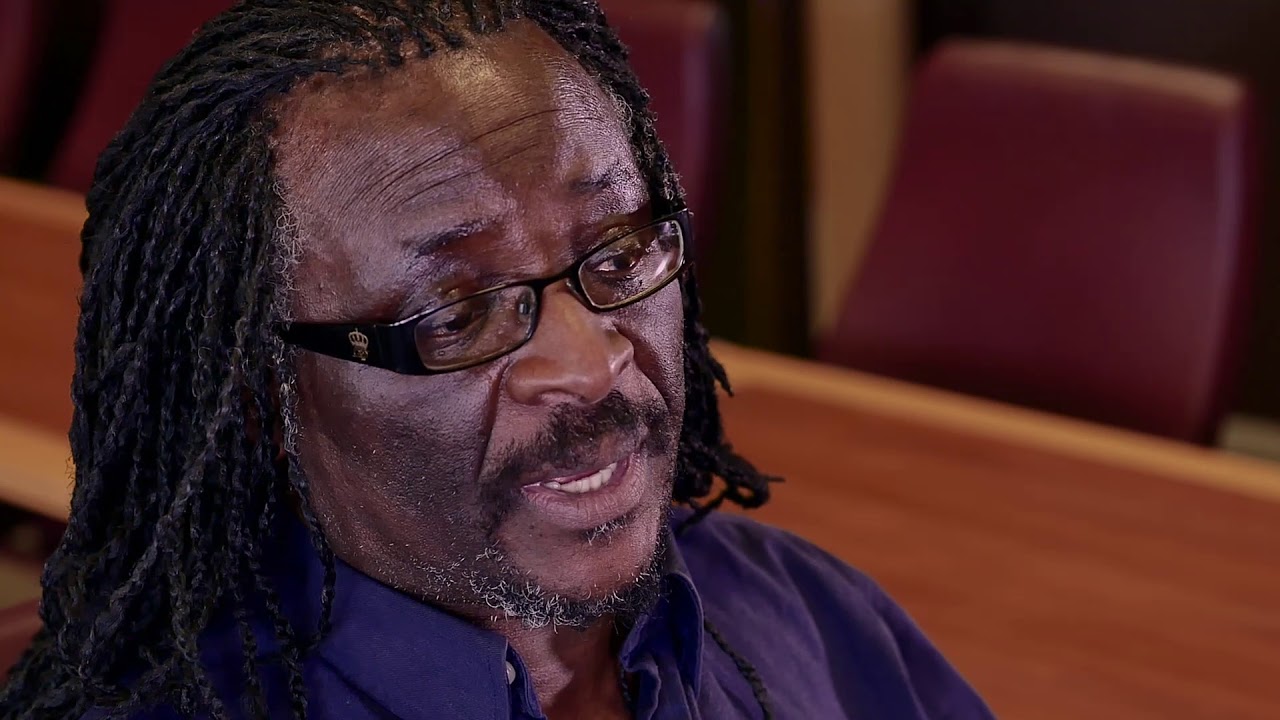 The academics are calling for further investigation and research into the disproportionate number of BAME cases and for employers to be aware that BAME individuals could be at greater risk of contracting the virus.

Angus Nurse, (pictured above) an Associate Professor of Environmental Justice, said that while former Prime Minister Theresa May launched an inequality review in 2016, the UK government needs to embrace the idea of ongoing racial inequality issues as possible factors.

He echoed the calls for authorities to launch a “comprehensive enquiry” with clear public health data “into the reasons why” there has been a disproportionate number of BAME deaths.

Angus said: “We also see reports suggesting African-Americans are more vulnerable to COVID-19 in the US and racial inequality issues are cited as a cause.

“But the UK perhaps doesn't embrace these issues as openly as the US, so we look at America and see they have a very tangible problem of racial inequality where the UK has an element of denial that this is sometimes a reality.

“In several areas of public services such as when we look at BAME people's engagement with the criminal justice system we see inequality and difference, but there is still a need to explore why that apparent inequality persists and to find solutions to the reality of its impacts.” 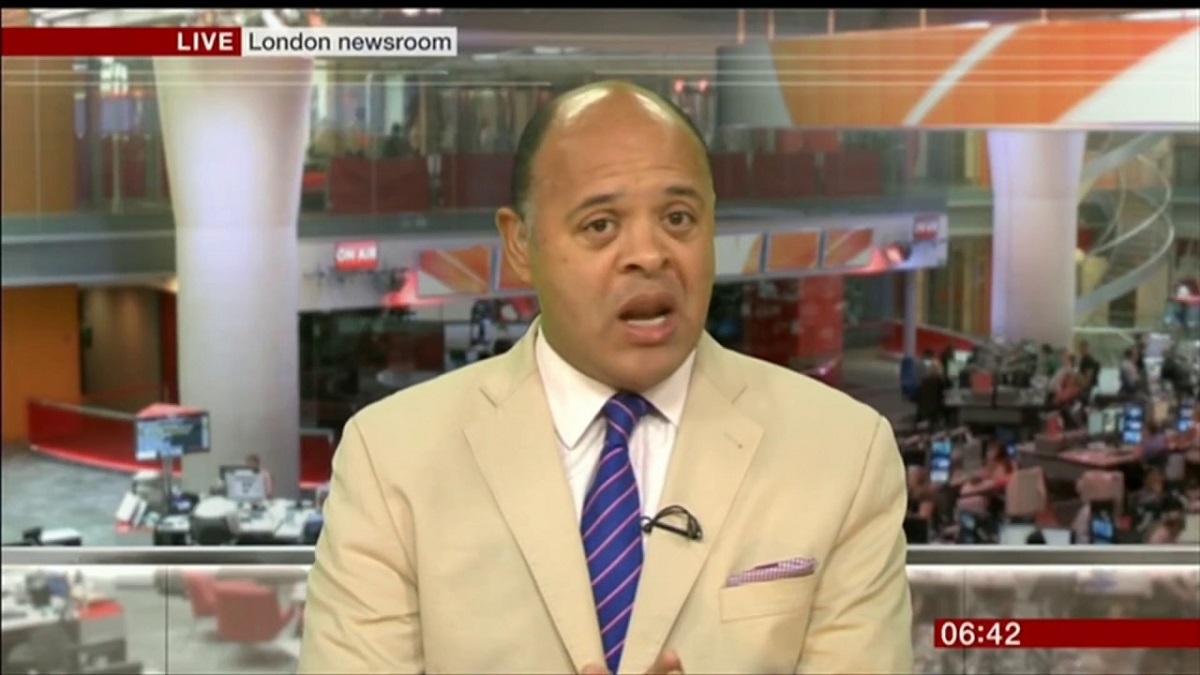 Kurt Barling, (pictured above) who is a Professor in Journalism at MDX and former BBC Special Correspondent and has written extensively about diversity, has urged people to wait for full data regarding BAME impacts before drawing conclusions.

He said: “Our prejudices often lead us to accept what we appear to be observing when it comes to issues of race or ethnicity and reject the scientific basis for an alternative explanation.

“I don’t want to minimise the observation that BAME people have been shown to be more vulnerable in this crisis to infection and death than the rest of the population.

“However the real question is, is the cause ethnicity or is it because they are frontline workers who have been over-exposed?”

“There must be a suspicion that the higher reported incidence of BAME deaths and infections is because of the disproportionate numbers of BAME workers in low paid caring roles within the NHS and care sector.

“This could well be a reflection of structural inequalities where ethnicity is a significant factor.”

Figures have shown a disproportionate number of BAME staff in the health and social care sector dying from COVID-19.

According to analysis by the Health Service Journal (HSJ), a total of 63% of staff who died from COVID-19 were from BAME backgrounds despite accounting for 21% of the workforce.

Dr Doirean Wilson, (pictured above) a Senior Lecturer in Human Resource Management and the Diversity Lead at Middlesex, pointed to how members of the Windrush generation including her mum and aunt often worked in health service roles and they have great prestige in the BAME community.

Dr Wilson, who also began her working life as a nurse and is a Visiting Professor in Religion and Multiculturalism, urged employers to have greater cultural awareness.

“There has to be a specific plan to promote greater awareness and understanding of the ethnic communities, not just their background but also their culture, to know which races are likely to have underlying conditions," said Dr Wilson.

"The coronavirus pandemic has put a spotlight on these health issues that have always been there, but until now, their significance in the workplace have primarily remained unnoticed.

“This pandemic has opened up a whole can of worms regarding this issue, but we need to acknowledge that understanding culture is the overarching factor with regards to the BAME community.

"Employers need to be culturally aware by consulting with their staff community, asking them how best they can be supported so that they can feel included, cared for and respected.

"More importantly, the UK Equality Act of 2010, makes evident that it is against the law to discriminate against a person or group who reflect any of the nine protected characteristics specified in the Act, whether directly, indirectly or due to a lack of awareness, which is why it pays to be culturally aware."

Roger Kline, a Research Fellow at Middlesex University who regularly provides expert analysis on NHS staffing issues in the media, has urged health authorities to understand why none of the BAME deaths involved staff who work in intensive care based on the HSJ investigation.

Mr Kline, who appeared on BBC Newsnight this week discussing the issue, also called on health and social care providers to acknowledge BAME staff are at greater risk and provide:

In a post on MDX Minds, Mr Kline said:  “We know that Black and Minority Ethnic staff are amongst those particularly at risk and are disproportionately working on the front line in lower graded roles, subject to more bullying, more reluctant to raise concerns, and may be more likely to work night shifts.

“It is therefore especially important that when undertaking and acting on risk assessments Black and Minority Ethnic staff are accorded particular attention because they may be at greater risk, as the death and infection rates from Covid-19 for NHS staff as a whole show.

“Failure to do so would be a breach of the employer’s duty of care and would risk unnecessary harm.”

“The way in which the discrimination in the NHS happens … Sometimes it’s intentional, much of the time it’s not intentional, it’s the cumulative effect of a whole range of small decisions”