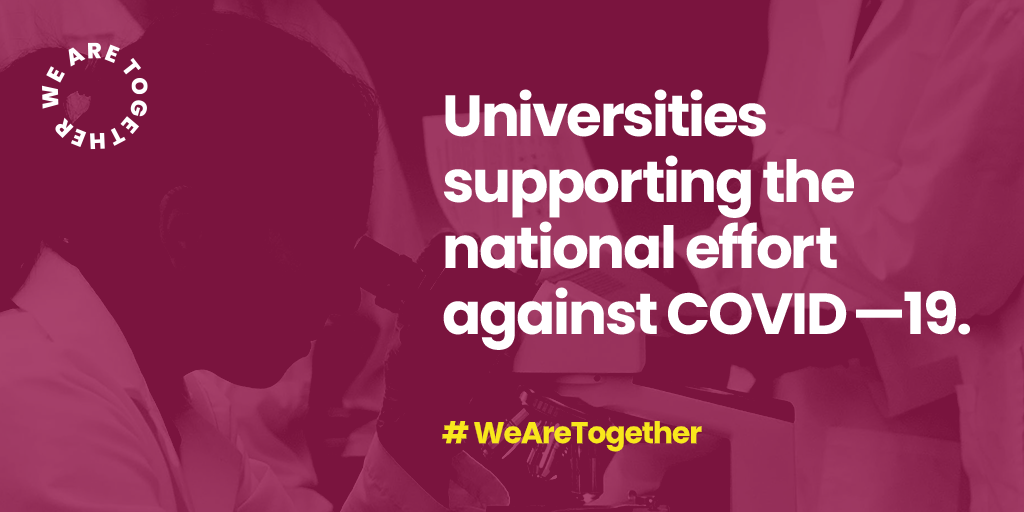 A research team at Middlesex University led by Professor Richard Bayford, Professor of Biophysics and Engineering, together with academic and industry collaborators are working on the development of a rapid detection test for COVID-19 that could give results within minutes and would be as intuitive as a home pregnancy test.

The test would detect levels of both the SARS-CoV-2 coronavirus and anti-viral antibodies. Using two cutting-edge technologies, it would work for multiple stages of the disease and could read samples within five minutes. It would be able to test simultaneously for COVID-19 and other respiratory conditions such as the prevalent strain of seasonal flu. The detection device would be around the size of a matchbox and could be connected to a mobile phone to display and record the results. It would be easily adaptable to test for mutations of SARS-CoV-2 or other infections. 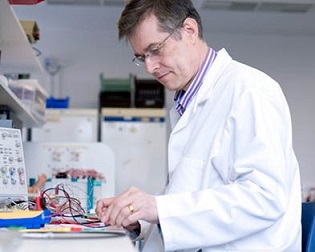 Professor Bayford has been working on biosensors for a number of years, for example those that detect cardiac markers: substances released into the bloodstream when the heart is damaged or under stress. In 2017, Bayford and colleagues published a study of a simple biosensor to detect early stage Alzheimer’s disease. The idea for the COVID-19 test emerged from this earlier device, since the technology can be used for a range of markers.

Middlesex University is working on this proposal with researchers from UCL (Professor Andreas Demosthenous), the universities of Bologna and Siena and four biomedical companies including UK start-up Vaxcine (UK) Ltd, which is providing one of the technologies. The co-founder of Vaxcine, Roger New, is a visiting Professor at Middlesex, and is also involved in developing vaccine approaches to combating COVID-19.

Existing tests for the coronavirus suffer from variable sample quality and can leave patients waiting for days for the result. Last month, University of Oxford researchers found 3.5 million fingerprick tests ordered by the UK government were not reliable enough for public use. Rigorous and faster testing is an important tool for emerging from lockdowns and minimising the economic and social costs of the pandemic. The United Nations Conference on Trade and Development, the UN’s trade agency, has estimated COVID-19 will cost the global economy around $1 trillion during 2020.

Bayford and his colleagues say the test could be manufactured and distributed rapidly within six months of starting development. The project also aims to shape discourse around diagnostic testing technology and design, and the role of bioengineering in epidemic and pandemic control.

Dr Mark Gray, Director of Knowledge Exchange at Middlesex, said "This excellent project is an example of how universities are working collaboratively with others and with each other to help in the fight against COVID-19. We’ve never needed our universities more and Middlesex is undoubtedly playing a strong part in that national effort".

Professor Bayford is a Fellow of the Institute of Physics, the Royal Society of Biology, Senior Member of The IEEE and Fellow of the Institute of Physics and Engineering in Medicine, and has worked at Middlesex University since 1984. Recent work includes an investigation of nanoparticle imaging as a method of cancer drug delivery, funded by the Engineering and Physical Sciences Research Council, the H2020 CRADL project to alert neonatal unit doctors when intervention is needed by monitoring the breathing of premature babies, and PNEUMACRIT, the extension of CRADL, imaging lung function of infants and children to diagnose respiratory problems.