MDX Enactus Society will build on this year's projects, and seeks recruits for five new Executive roles for 2020/21 academic year

The first MDX student team to have entered and reached the national finals of the Enactus social enterprise competition hopes cohorts of students below them will take up the banner for future contests. The finals earlier this month were due to have taken place at East London's ExCeL Centre where the NHS Nightingale has been set up and were moved to an online event following the coronavirus outbreak.

Enactus is a global student entrepreneurship programme, focused on applying university learning to youth social action and youth social enterprise activities, with all projects having to contribute towards one of the 17 UN Sustainable Development Goals. The organisation is active across more than 1,700 campuses in 37 countries.

Enactus UK has a universities programme which has been running since 2001 in 60 institutions. Each year, Enactus participants in the UK support more than 7,500 beneficiaries with social and environmental projects. Teams compete in regional and national finals presenting their projects to expert judges from sponsor companies, with one team from each country going through to the Enactus World Cup.

The new MDX student society of more than 70 students, plus an executive with officers covering finance, operations, HR and marketing roles, began their journey to the finals in summer 2019. As a first-time entrant to the competition, MDX had guaranteed entry to the national finals. The team entered two projects: one called WeGen aimed at supporting and empowering Barnet youth with low-level mental health issues, with a programme of workshops focusing on destressing, resilience, loneliness and self-care; the other, Re:Lingo, providing support to asylum seekers to help them learn English, to make integration into British society and finding a job easier. 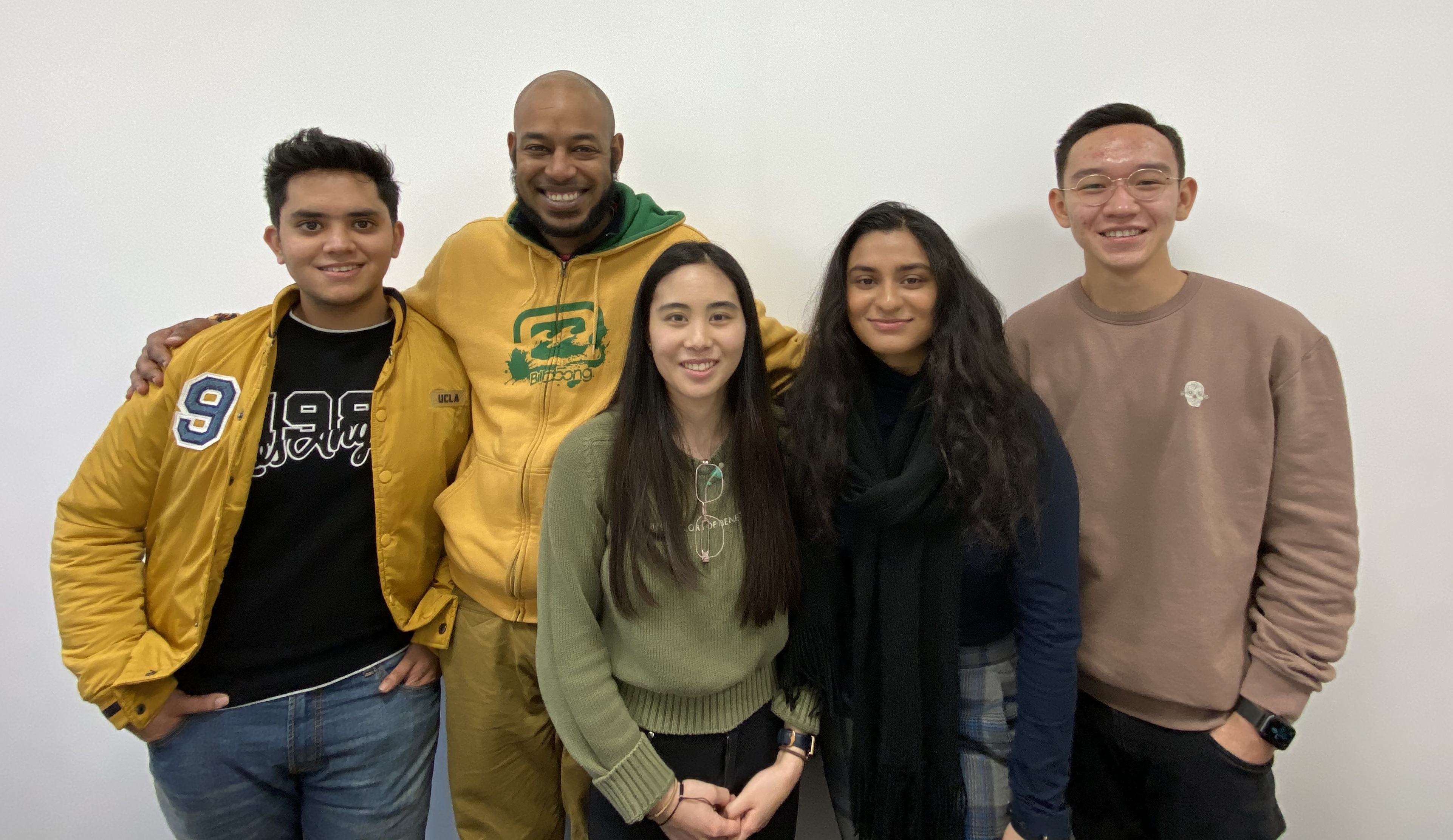 President of the MDX Enactus Society, third year BA Marketing student Khantemir Tasbulatov says that both projects were in their development phase, having developed to the point where they had reached out to other organisations, and the judges in the regional round offered the team valuable feedback about how to move on to the next stage. He hopes the projects can be taken further, and that next year there will be strong interest among the next cohort of MDX students to participate in Enactus since all but one member of the current executive will have graduated.

Khantemir was inspired to get involved in Enactus when he went to a summit at Unilever with the previous MDX team leader and found himself straight away "really engaged and motivated." He was particularly impressed by 2018 Enactus Canada national champions Lambton College, whose project involved taking agricultural skills to villagers in Zambia to cultivate peanuts, which were then made into peanut butter, branded and sold to supermarkets, with all proceeds going back to the villages. The driver for him, he says, "is about getting creative. It's about the entrepreneurship which helps save the world." His time taking part in Enactus has given him skills in project management: "it’s been very insightful and I’ve learnt a lot about myself but also the different skills needed to lead a team. You get a sense of responsibility when you join Enactus.”

The virtual presentation for the national final was a challenge, but "giving up at that point wasn't an option, we'd put in so much work throughout the year." Khantemir sees the adaptation to the new post Covid-19 world conditions as an opportunity for the Enactus approach of using innovation and business principles to improve the planet.

Khantemir is originally from Kazakhstan and came to London to study for a degree as he was seeking an international environment. "I was afraid I would feel left out and wouldn't fit in on campus," he says, but "MDX was very welcoming, I never had a negative experience. University presented me with many opportunities to develop and grow as a person."

The presentation included details of the Design by Nature mini competition and showcase convened at MDX and attended by new Vice-Chancellor Professor Nic Beech and Mayor of Barnet Cllr Caroline Stock.

For the academic year 2020-2021, the MDX Enactus team is seeking to recruit a number of executive roles including a new President, Vice President, Head of Marketing, Head of Finance and Head of Corporate Relations. If you are an MDX student and interested in any of these roles, please contact our MDX Enactus university advisers Chris Moon at c.moon@mdx.ac.uk, Viktoria Miteva at v.miteva@mdx.ac.uk or Amanda Brace at a.brace@mdx.ac.uk

Benefits for students include experience developing key skills, hands on experience with social action projects, training provided by Enactus UK and the opportunity to participate in careers fairs. In fact, Enactus UK statistics show that Enactus students have a much higher application-to-hire ratio with employers than students in general.

MDX Enactus Society would like to develop the two projects they have already worked on thus far. They will also develop new projects and events, and are therefore looking for students with creativity and compassion. This year, the Society convened 5-a-side soccer matches with fairtrade footballs overprinted with the 17 United Nations Sustainable Development Goals and this was great fun.

If you are interested in the UN Sustainable Development Goals and improving your employability skills, please get in touch as soon as possible. We need you now!

Click on the following links to find out more about Enactus UK: