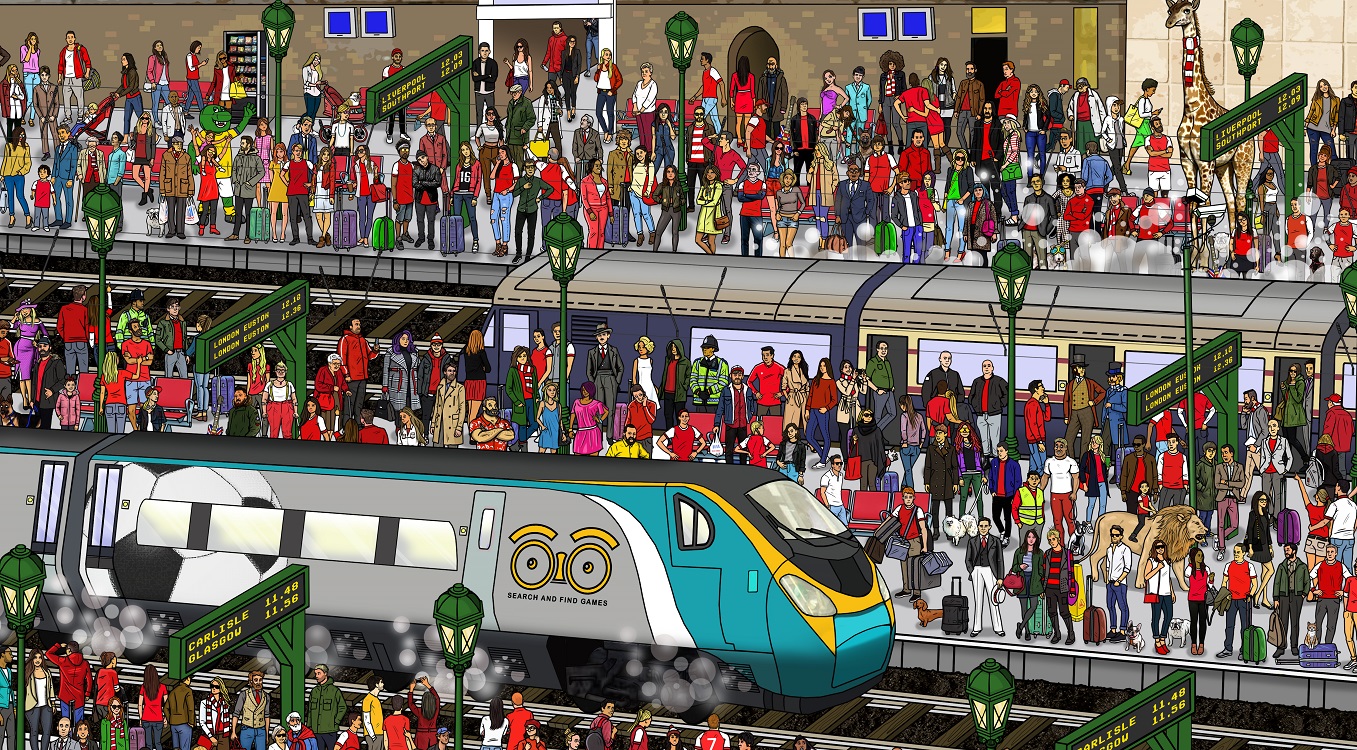 A MDX Illustration alumnus is offering a compelling distraction to puzzle fans under lockdown, with a witty App game for iPhone and Android called Search and Find - Hidden Object.

Adam Doyle, who graduated in 2010, is a specialist in drawing crowd scenes and has set up a business with friend Martin Henshaw dedicated to making Where’s Wally-style Search and Find games. The format has seen a boom in popularity recently with the success of the Where's the Unicorn? series. The Search and Find Games Facebook page the pair created has attracted almost 250,000 likes, making it among the most popular pages connected with Cumbria, where Adam lives and grew up.

The App was produced with Macclesfield-based games company Curioso Games, and launched just before Easter. Players have to find and tap hidden objects such as balloons, guitars and cats in beguiling, digitally-drawn crowd pictures to advance through the game’s 26 levels. The App is free to download, generating revenue through ads and additional levels and tokens players can purchase. 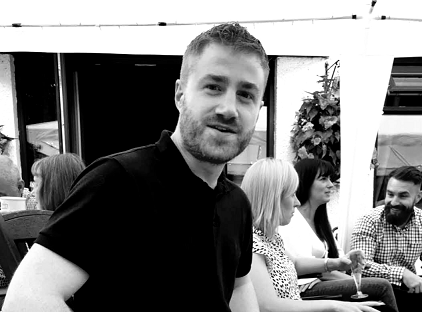 "I'm a people watcher, it kind of shows. Doing crowd images, you find yourself staying up late at night more than most people" says Doyle about his painstaking creative process, adding that he has started spotting people who look like the characters he has drawn.

He was recently commissioned to draw the illustrations for gaming platform Roblox's Search and Find puzzle book Where's the Noob? In the US, where he lived until last year, he had commissions from the likes of Atlantic Records, Men's Health and BA's Highlife magazine, and before that he was lead illustrator for Loaded.

Adam has drawn since he was a small boy, but became set on doing art when he took part in a Channel 4 educational reality show when he was 16 in which one of his fellow contestants was an artist.

At MDX he was particularly inspired by tutor Martin Ursell – he still thinks of things Martin told him today, he says. He’s a fan of Where’s Wally, taking a pocket-sized Wally book with him when he goes on a long train journey. He admits he’s a perfectionist who has had to learn when to stop drawing.

Now Adam is an art director himself, he makes a point of responding to all enquiries - “every single one” - his company gets from aspiring artists, remembering his own experience getting into the industry. He says the virus outbreak should be a spur to artistic creativity: "You can use the more driven side of your brain. You can kind of escape doing it" he says.

Henshaw and Doyle are adding further levels to the App and are working on other Search and Find products to be released later this year. Search and Find - Hidden Object currently has 7000 users, and can be found at the Apple App store - https://apps.apple.com/us/app/search-and-find/id1491370914 and at Google Play - https://play.google.com/store/apps/details?id=com.curioso.searchandfind&hl=en_US