"Winning was an amazing moment that paid off the stressful months of hard work": Candido Tarallo, writer and director of Vocazione 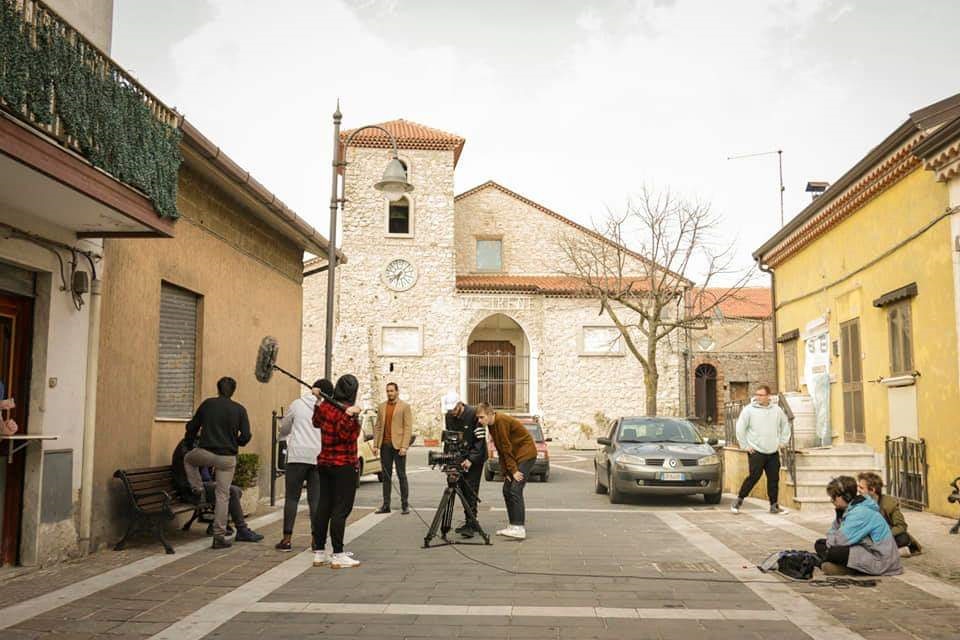 Filming Vocazione in the village of Magliano Nuovo, Italy. Below: Rohan Reddy

Two MDX student films have won prizes at the regional finals of a prestigious awards competition.

The RTS London Student Awards recognise the best audiovisual work created by students at institutions in the capital, with awards in six genre and five craft skills categories. The awards were announced on a livestream in March because of the coronavirus outbreak.

Rohan Reddy won the Writing prize for his gritty slice of life drama Nice to Meet You, Florence! Candido Tarallo and Vinicius Rigoni were victorious in the Drama category for their short about sacrifice and spirituality, Vocazione, which the judges described as having “a confidence and maturity that introduced a hint of Antonioni”. They follow prizes for MDX student films Not Enough Fish, Safest Place in the World, Pyre for Hire, Potty the Plant, Suonno, Punchline and Chopsticks!! at the RTS London awards since 2016. 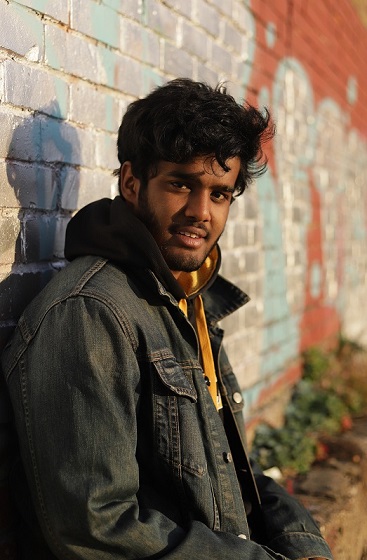 Nice to Meet You Florence! tells the story of a young man plucking up the courage to confront his birth mother, an am dram actor, about his adoption. During this showdown, he discovers his girlfriend who has come with him is pregnant, in an exact echo of his mum's experience in her youth. The story came out of two different scripts Reddy drafted at the end of his second year, when his coursemates were urged to start writing for their final project. It took 20-25 drafts to get the script in its final shape, and six months to make the film.

The film is set in London and shot in Hendon and Watford. All the production team were MDX students and graduates, including producer Lucy Evans, director of photography Jim Knight, art director Anna Riva and editor Ben Robertson-Kay.

Reddy says the dramatic storyline was a product of his imagination rather than any particular life experience - although he says "whenever you write a character you always write a bit of yourself. It's the smaller things - like the way the main character rips up tobacco and throws it on the floor".

He'd previously planned to go into the RAF before changing tack to film, which he realised he'd been passionate about throughout his life. Since graduating he has worked on music videos and written a couple of scripts for feature films, due to come out next year. He aspires to become a director.

Vocazione tells the story of a young Italian nun who after taking her final vows is tasked to teach the catechism to a small group of children in what turns out to be her home village. It was filmed in Magliano Nuovo in the province of Salerno in March 2019, where writer and director Candido grew up.

Candido says: "Vocazione came from my desire to talk about faith and how people relate to it. My upbringing was in a culture that encouraged me to have faith and spirituality but it never resonated with me. At the same time I was fascinated by people with strong faith and how it helped them cope with their personal struggles.

"Setting the story in a micro universe that I knew well made the process of writing the characters very natural and spontaneous for me and my cousin Francesco who was my co-author. The crew was the result of the relationships built during the past three years at Middlesex.

"The nomination itself was a great achievement. Winning was an amazing moment that paid off the stressful months of hard work making the film. The fact that Vocazione was the only film representing Middlesex in that category, against three nominees from Westminster University made it even more special".

The national RTS Student Awards finals with prizes for undergraduates and postgraduates in each category will take place as a virtual ceremony on Friday 26th June.