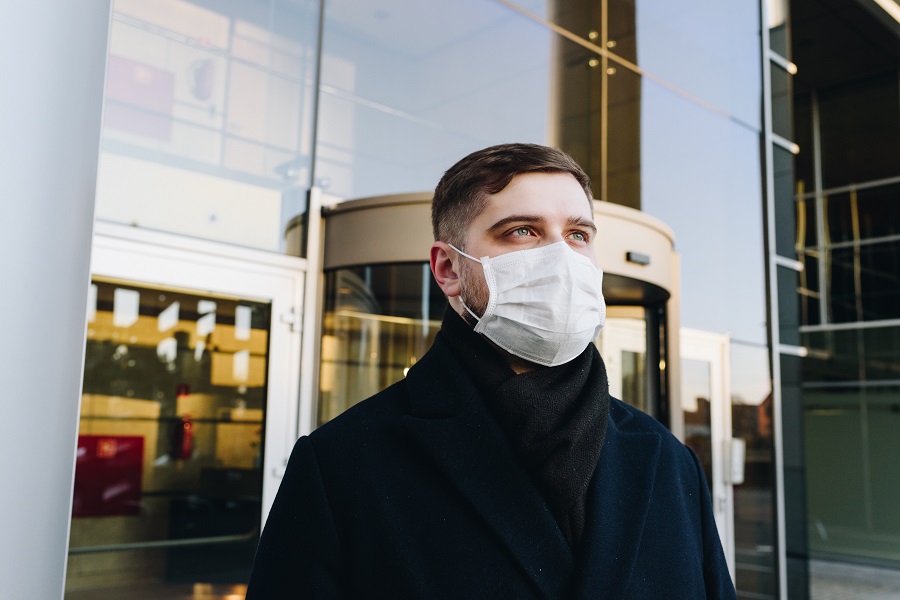 People who identify as right-wing politically are less inclined to wear face masks to stop the spread of COVID-19, according to research.

Right-leaning people are also far more likely to agree that wearing a mask is ‘not cool’, ‘shameful’ and a ‘sign of weakness’, the study found.

The research has been undertaken by Dr Valerio Capraro, a Senior Lecturer in Economics at Middlesex University, along with Hélène Barcelo, from the Mathematical Science Research Institute, Berkeley, USA.

Participants were asked, on a scale from 0 strongly disagree to 10 strongly agree, about their intentions to wear a face mask outside the home, engaging in social activities and with people from another household.

In the first study, which surveyed 2,459 people living in the USA using the crowdsourcing website Amazon Mechanical Turk, they found that the average for left-leaning respondents’ intentions to wear a face covering was 7.86 compared to 6.33 for right-leaning people.

They also found that right-leaning people were more likely to express negative emotions when wearing a mask, with an average of 3.45 compared to 2.47 for left-leaning people.

The second study, which surveyed 1,920 people living in the USA again using the crowdsourcing website Amazon Mechanical Turk, found that the average intentions to wear a face covering for right-leaning people was 5.55 compared to 7.74 for left leaning people.

Commenting on the findings, Dr Capraro said: “This study was conducted in the USA. However, looking at how politicians behave across Europe and the UK, I think it's fair to say that we are seeing a behaviour that is consistent with this data. In Italy, we see it very clearly, as Matteo Salvini is often pictured without a mask.

“In the UK, until very recently there were no pictures of Boris Johnson wearing a mask. He started wearing one when it became mandatory, exactly in line with our data.

“Interestingly, this difference is particularly strong in US counties where wearing a face mask is not mandatory.

The first study, which focused on gender and has been widely covered the UK and US media, also found that men are less likely wear face masks than women and more inclined to see wearing one as ‘shameful’ and a ‘sign of weakness’.

The second study discovered people are much more likely to wear face masks if they rely on reasoning instead of emotion.

The World Health Organisation (WHO) says governments should encourage people to wear non-medical, fabric masks, especially in settings where physical distancing of at least one metre is not possible -- such as on public transport, in shops or in other confined or crowded environments.

The WHO said the wearing of masks could provide "a barrier for potentially infectious droplets".

Wearing a face masks in shops and supermarkets in England will be compulsory from this Friday.