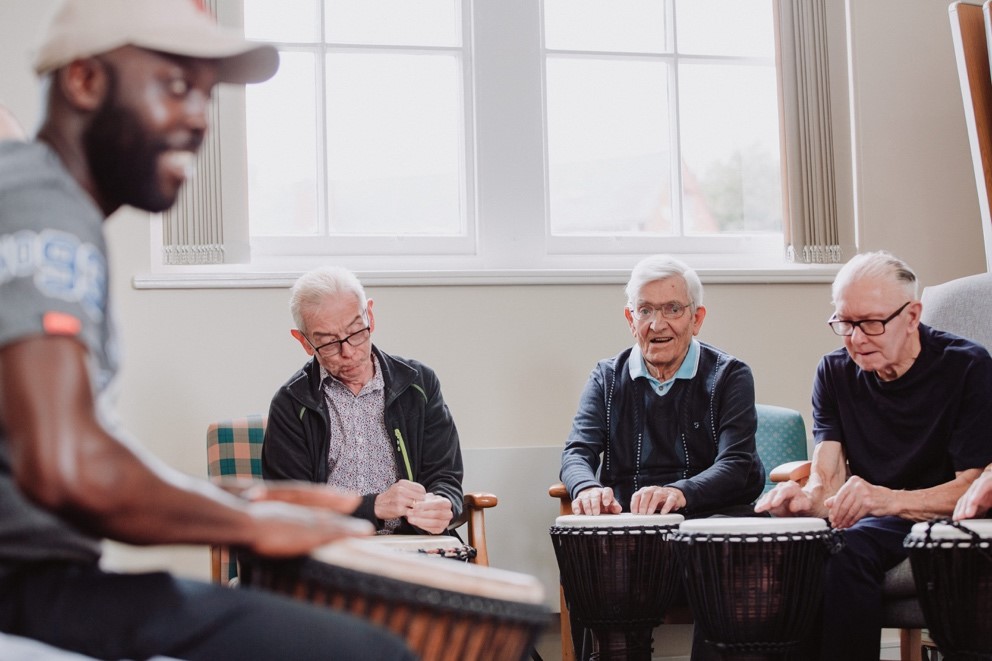 An innovative Middlesex University research group has been awarded a significant grant to investigate if music therapy sessions have a positive impact on elderly people who live in care homes and are suffering from cognitive decline.

MDX’s Music Cognition Communication Lab (MCC Lab) has obtained a grant of £299,957 from the Dunhill Medical Trust for the project MusiCare, following seed funding for preliminary work from the charity and care home provider Methodist Home Association (MHA) and the Society for Education and Music Psychology Research (SEMPRE).

The MCC Lab team, led by Dr Fabia Franco, will be working with 200 older adults (65+) who are healthy or who suffer from a range of cognitive impairments, and live independently or in MHA care homes.

"With populations living longer it is likely that more people will experience cognitive decline for example, experiencing attention and memory difficulties. It is therefore essential that researchers investigate how individuals can maintain good levels of cognitive function for longer and stave off impairment." Dr Fabia Franco, MDX Senior Lecturer in Psychology.

Healthy residents 65 and over will take part in the first baseline study, and residents aged 65 and above with either mild or severe cognitive impairments will participate in the second study.

This will show which type of music therapy (individual or group) is the most beneficial in function of the level of cognitive ability or impairment of the participants.

Before and after the study, the researchers will use neuropsychological tests and biomarkers (e.g., physiological and brain function measures) with residents to assess their general cognitive level along with evaluations of the benefit of the music therapy sessions on the resident’s mood and behaviour (e.g psychiatric symptoms).

The research team also plans to purchase a QTrobot, a humanoid robot by LuxAI formerly used to teach skills to children with Autism Spectrum Disorder.

For this part of the project, a PhD researcher in robotics will be funded and supervised by Dr Eris Chinellato.

In this third study, the music therapy sessions will be alternated with sessions delivered via the QTrobot with the help of a care home carer, using musical exercises created by team with the PhD researcher and the music therapists - an aspect of the project which could be particularly significant given the social distancing restrictions in health and social care settings. 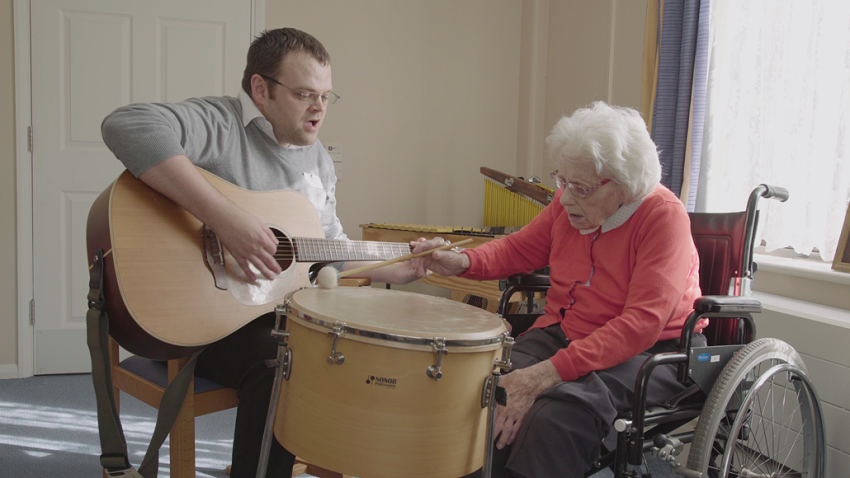 MCC Lab researchers (Dr Franco, Dr Anthony Mangiacotti and Dr Emma Ward) said they expect the study will “provide robust evidence confirming the effectiveness of music therapy interventions for ageing adults and offering tools to practitioners to match needs and intervention type, for both those with cognitive decline living in care homes and potential prevention programmes suitable for social prescribing”.

Commenting on the study Dr Franco, an MDX Senior Lecturer in Psychology, said: “With populations living longer it is likely that more people will experience cognitive decline for example, experiencing attention and memory difficulties.

“It is therefore essential that researchers investigate how individuals can maintain good levels of cognitive function for longer and stave off impairment.

“This research situates itself alongside the vital studies being undertaken globally to develop forms of intervention to prevent and monitor cognitive decline by developing robust experimental evidence.”

Anthony Mangiacotti, the project’s Principal Researcher, passed his PhD Viva earlier this year at the University of Padua.

In this research co-supervised by Dr Franco, he created and validated with more than 300 people a new cognitive assessment based on musical tasks and looked at the benefits of musical therapy on the cognitive performance, biomarkers and behaviour of people 54  individuals aged over 65 in care homes in Italy and the UK, which was the basis for the new project MusiCare funded by Dunhill.

A spokesperson from the Dunhill Medical Trust said: “We’re delighted to confirm the award of £299,957 for three years to Dr Franco.

“There is a real need for high quality evidence on the efficacy of non-pharmacological therapeutic interventions, such as music and other creative arts, in ageing populations.

“We were particularly excited by this proposal and its combination of physiological data with more traditional cognitive and behavioural measures, together with the use of innovative robotics technology and the user-centred design approach and look forward to keeping in touch with the team as they progress.”