Podcast series and diary project give hope during the pandemic

Student Light's founder and director Andre Thompson is a MDX BA and MSc graduate, who has since worked for the university in marketing and engagement roles. The company - which follows on from the Unlimited Potential Society Andre set up as a MDX student community on campus in 2016 - was inspired by his own experiences trying to keep up academically, and by a close friend’s and MDX contemporaries' struggles with poor mental health, he says. 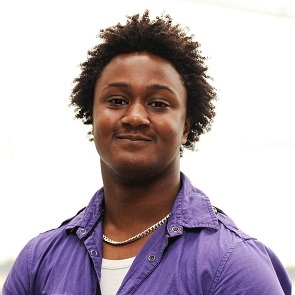 Andre's vision for Student Light is to put students, from a range of different universities at the centre, creating as much of the content as possible.

"We have three key values when producing content, all based around the idea of light," he says. "We are a light for those in dark places or struggling with their studies. We shine a spotlight on those who have been really successful or overcome hardships. And we celebrate diversity in a very broad sense - other cultures, ideas, ways of life and identities - since people are often afraid of things they don't understand or are unfamiliar with".

When lockdown began, Andre held a strategy session with five student interns to come up with ideas to help students through the coming months. The Students’ Union raised this with the Student Wellbeing Team, who had long wanted to do podcasts about mental health, and put Andre in touch with counsellors Simone Gold and Kate Medlin, co-ordinator Vanessa White and student counselling and mental health Manager Leah Madnick.

The result was a series featuring students interviewing service staff about how to deal with their struggles during lockdown. "One of the best ways to disseminate ideas of better mental health is to chat about it in a form that goes to as many students as possible in an informal setting, that doesn't require them to come to a counselling session" says Simone, who hosted several of the podcasts with Kate.

On their shows, they explained what counselling is and why clients come, the different ways people have reacted to lockdown, and described what they personally had done through lockdown and how they divided their day.

"It's our bread and butter” says Kate. “Andre made it look so professional, so slick". On the podcast, Simone and Kate told students watching: "We want this to be informative and also a bit entertaining. We actively encourage and really hope that you will submit topics, themes and issues that you would like us to cover”.

There were episodes with staff from other departments, including from the Fitness Pod on how to stay healthy during lockdown, and MDX Works on employability, plus one with Lauren Salter, head of engagement at mental fitness and skills development App Fika which is partnering MDX on psychology research.

"One of the best things about this series," says Andre, "is that with every post we've put out, there was a form asking students to submit their struggles and topics they’d like us to discuss. Some of the submissions were quite concerning. We put those submissions to the counsellors and service staff to shape the topics on conversation. Then we got back in touch with those submitting them to inform them that their issue had be addressed in the show. We also took on questions in real-time from viewers".

"One of the best ways to disseminate ideas of better mental health is to chat about it in a form that goes to as many students as possible in an informal setting, that doesn't require them to come to a counselling session"
Simone Gold, student counsellor

Those directly involved in making the podcasts "absolutely loved it. They were always keen to do more and more. They ranged from current students to alumni and even prospective students, who are now even more excited about getting to campus, knowing there is lots they can get involved with".

Andre says as time’s gone on he’s seen growing awareness about the stigma around mental health at MDX - "more manifesto points from Students’ Union officer campaigners, signposting of services around campus and online, wellbeing activities and workshops, and the commissioning of services like Togetherall (formerly Big White Wall)”.

Lockdown has brought many additional problems, including lack of motivation. "I knew students would be struggling" Andre says. "You really have to go out to students and be honest and real: to reassure them that if you have to defer modules for a few months or even to the following year because of hardship, it's not the end of the world. We’re all on our own journeys and timelines, and we shouldn’t concern ourselves with where others are or other people’s expectations of us".

Andre's aim, he says, is to grow Student Light to the point where there are full-time staff members who can help support students create "relatable and value driven content". He also hopes to recreate the community groups that emerged through the Unlimited Potential Society, which became valuable and organic support networks for students. 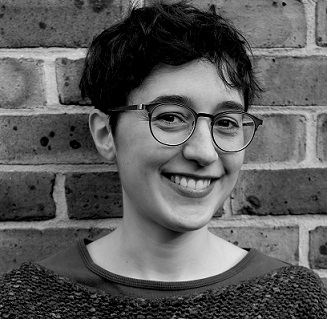 Meanwhile Ana Baeza Ruiz, curator at the Museum of Domestic Design and Architecture (which is part of MDX) and researcher who is interested in radical approaches to teaching has set up Journals of a Pandemic with co-editor Gayan Samarasinghe.

At the start of lockdown, Ana had found herself writing a diary for the first time since she was a teenager. Inspired by the UK’s Mass Observation project, conceived in the 1930s, she and Gayan invited contributors to write about “how daily life feels at the moment”. They hoped to tap into a diverse network of people who might not be featured on mainstream platforms, and to do it in an ethical way that "wasn't being extractive of people's experiences," Ana says.

The 74 contributors include disability activists, sex workers, an ex-prisoner released during lockdown and a new father. While many are Londoners there are writers from other parts of the UK including Leicester, under local lockdown since June 29th, France and Spain, the US, Sri Lanka and Australia. Along with events in their own lives, the contributors reflect on current affairs such as the BLM movement and protests in Hong Kong.

“My life over the last few weeks has felt like fragments of a Sally Rooney novel burned onto a CD mix of garage rave anthems” reads one of the journal entries. “There have been many highs: I have met new people, I have gone on adventures I never thought I could have, felt things I have never felt before. I also (re)discovered that I hate my job, lost the motivation to write, neglected my embroidery project and lost my glasses”.

Ana says there was a lot of inherent risk and excitement in a project that might not have got off the ground and which was unclear how it might turn out. A number of the contributors who are budding writers or have hitherto had low-profile writing practices were grateful for the opportunity to get their work publicly out there, she says.

The nature of the contributions – plain text without photos or identifying pictures of the writers – is distinctive when the world of lockdown has been filled with video conferences and online entertainment. "I didn't want to replicate the same dynamics that we're seeing through social media. This was about creating a different kind of space" Ana says.

She and Gayan have been approached by an author writing a book about the pandemic in London and they have had interest in the journals from collecting institutions. Ana is hoping to produce a "small, quite modest publication" from the diaries that could be sold in independent bookshops. "It would be nice to have an object that resembles a diary in its traditional format," she says.