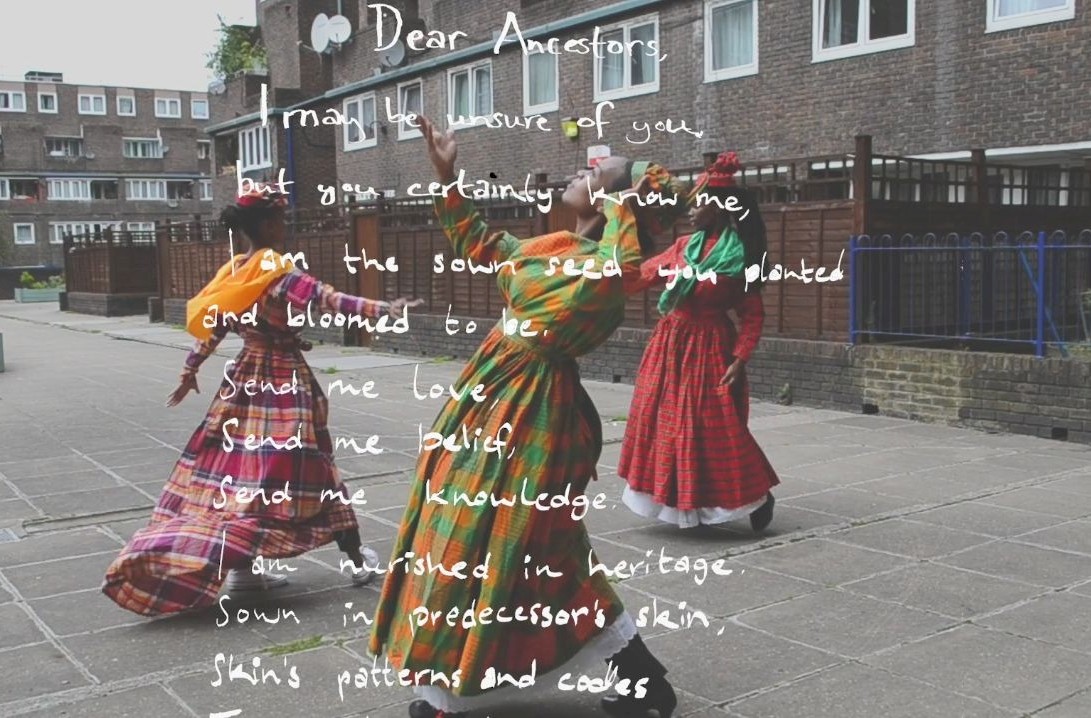 Throughout 2020 and into the beginning of this year, MDX students, staff and graduates helped bring alive Brent Borough of Culture - a celebration of arts, heritage and community in the local authority area south-west of Hendon campus.

Brent and 2019's host, Waltham Forest, were picked from 22 bidders as the first two residencies of the Mayor of London's Borough of Culture initiative. Brent's opening ceremony, Rise, a community dance extravaganza telling the history of the borough, featured a group of MDX dance students who helped lead more than 300 Brent residents in the evening performance in front of Wembley Stadium: read the story here

Despite the impact of Covid, organisers ensured an extensive programme of online and public art events still went ahead.

MDX Senior Fashion Communication and Styling lecturer and Kensal Green resident Lucy Fine, who already had community advisor roles on the Borough of Culture project boards for Education and VICE media’s Vent podcasts, felt that doing a project about Brent was “long overdue”. During her 21 years living in the borough she says she has often been inspired by how locals style themselves, especially for her MA Menswear collection at the Royal College of Art.

The result was This is Now: a photo gallery of Brent locals’ looks which was exhibited on the Brent Biennale website until the end of January, remains online indefinitely on Instagram and is being published as a book later this year, as a legacy of the project for the local community. Lucy commissioned two MDX graduates, Cherry Au and Amelia Sonsino, and current MDX student Sam Callahan to take the photos.

“Since records began Brent was the most ethnically diverse London borough, only recently becoming second to Newham. So that creates a very interesting melting pot of culture which is reflected in dress,” she says. Among her favourite Brent fashion reference points is the 24 hour convivence store opposite where she lives. 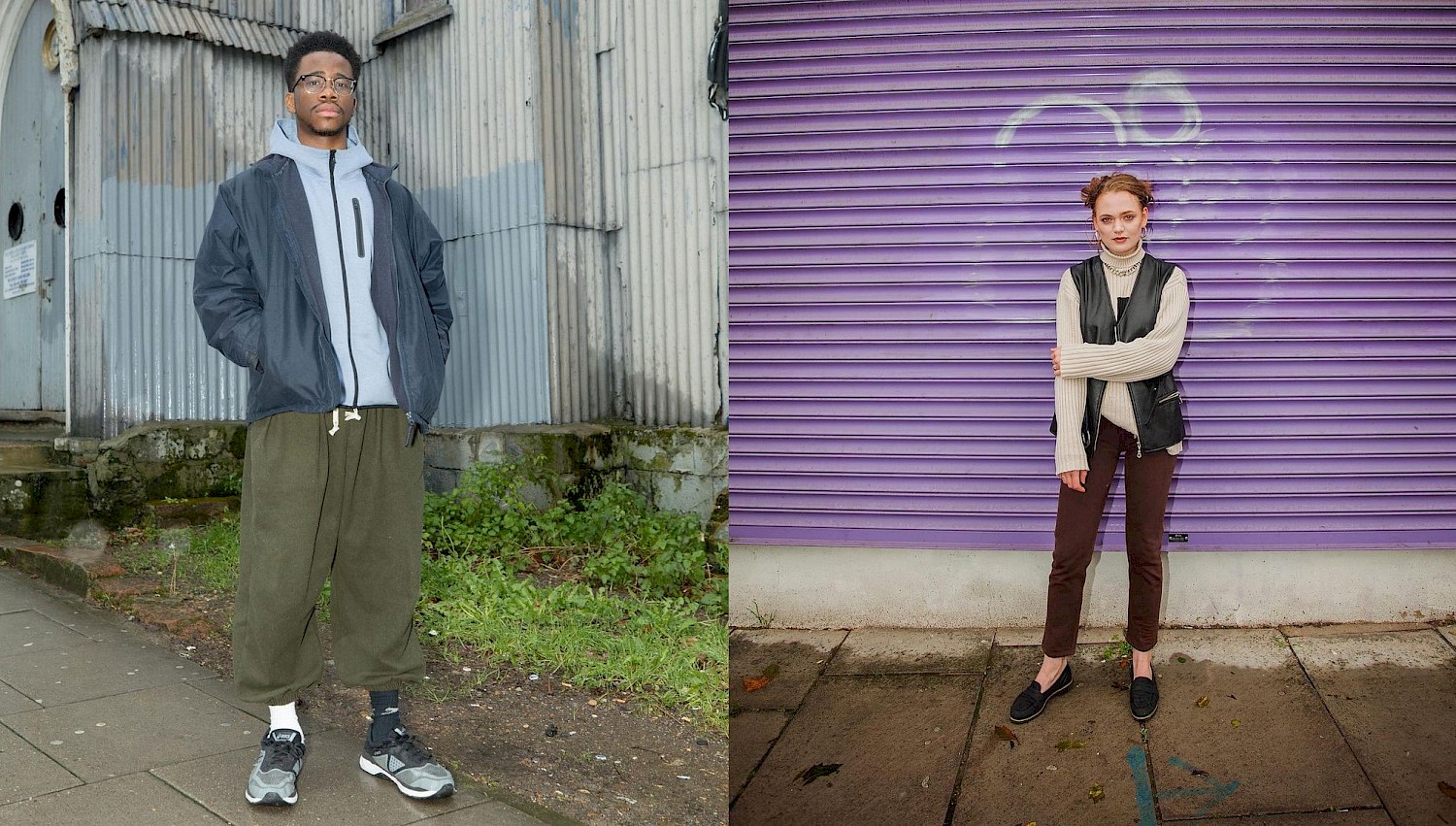 The subjects included people she already knew in the area (“Ela is my friend’s mum, I met Geoff in a laundrette about 5 years ago and we just bump into each other most days and say hello”); some who she’d met through the Borough of Culture programme; and others who were street cast on the day. All of them were photographed wearing whatever they had put on that day – “that’s what interests me, how people curate clothing themselves and the clues they give us with this”, Lucy says.

Amelia, who scouted for "people with an edge" for the project said: "I spent around 3-4 days walking the streets of Brent. Some areas I focused on were Kilburn, Harlesden, Kensal Rise and Kensal Green, Brondesbury and Dollis Hill. I would look out for vibrant colours, patterned clothes, people of different cultures and ultimately anyone that was stylish.

"It was a fun process to shoot over a variety of days. One of my favourite days was a sunny day in Kilburn where I shot a whole range of people including youths and punks".

Sam, who is in the final year of his Fashion Communication and Styling degree, says: "I’m used to shooting fashion images so it was really fun to shoot some more documentary style stuff. The project was amazing to work on and it was so interesting meeting these different people from the borough, hearing their stories and being able to photograph them".

Lucy was interviewed on BBC London radio by Jo Good about This is Now on 5th January. Copies of the book will be given to Brent’s 10 council libraries and MDX’s university library. 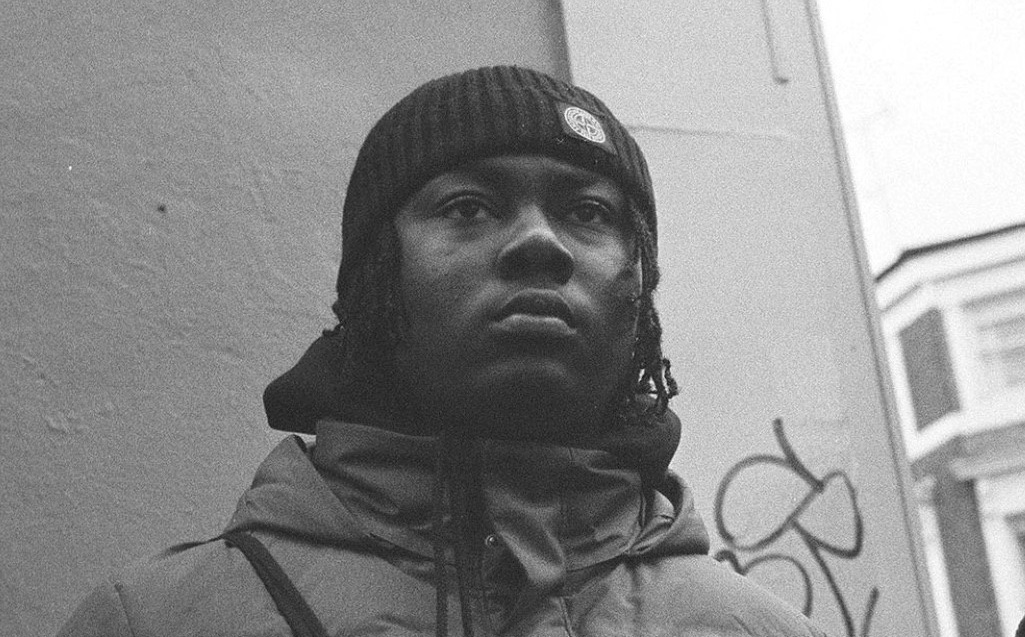 Final year MDX Fine Art student Kes Eccleston, who grew up in and lives in Brent (Wembley) and attended Burlington Danes Academy in White City, took part in three online talks for Brent Borough of Culture. He had got involved through attending Portobello Road collective and project space FerArts, and also joined young arts group Blueprint Collective, which was originally due to participate in a wide range of events for Brent 2020.

For the Brent Locked In strand, Kes interviewed curator and writer Ekow Eshun, also born in Wembley, about his perspectives on race, society and art in the UK, from the 1970s until today. Ekow talked about his admiration for Prince and other black figures of the 1980s - who were about “not being defined by prejudice [or] the expectation of other people”; how reading the work of black cultural critics Stuart Hall and Paul Gilroy for the first time “blew my mind”; and his approach to making art accessible and exhilarating for a wider public.

Kes also participated in a panel as part of the No Base Like Home strand with four artists, including Soul II Soul singer Emma-Louise Bucknor and ragga DJ General Levy; and presented a Vice podcast interviewing acclaimed black British artist and MDX lecturer Keith Piper, researcher Oumou Longley, who is publishing work about British Black Panther Olive Morris, and his own dad, a committed pan-Africanist. Having grown up very aware of his Guyanese-Jamaican heritage, Kes is interested in the context of Black Lives Matter discussions in comparisons between the Black British and the African-American experience, and between the experience of black and minority people in Britain and in the rest of Europe. 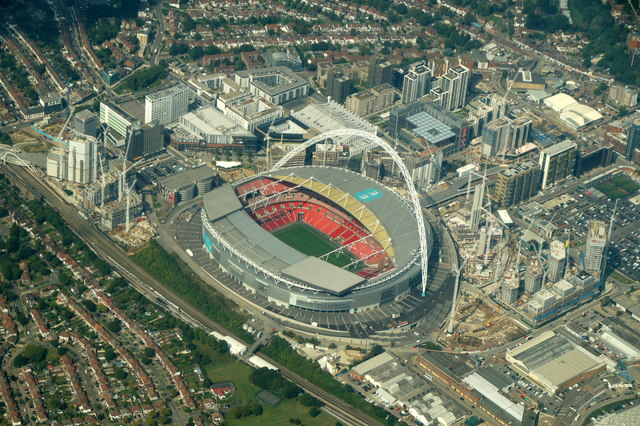 “I am very proud to come from north-west London. I feel Brent is a big part of me” Kes says, adding that Harlesden is overlooked in favour of Brixton as a centre of black culture, although “it has the exact same community”. His favourite discoveries in the borough include Harlesden’s Starlight Records, a store and former HQ of an independent reggae label. He is currently being mentored by architectural photographer Luke O'Donovan, with whom he is documenting spaces around the borough before they disappear as areas are regenerated.

During his time at MDX, he has explored a range of other artforms, including setting up with friends a music studio business which moved into a professional space four months ago, and doing some filmmaking work.

Kilburn resident and MDX Lecturer in Fashion Communication and Styling Helen Delany and her creative partner Brenda Aherne, who together run knitwear label Electronic Sheep, designed a tapestry triptych to celebrate the Irish community in Kilburn and across Brent since the 1950s. The pair's hand drawings for the panels were exhibited online in December, and they will now work with their producer to convert a digitally-drawn version into a knitted illustration. The final product is scheduled to be presented to a gallery in July. 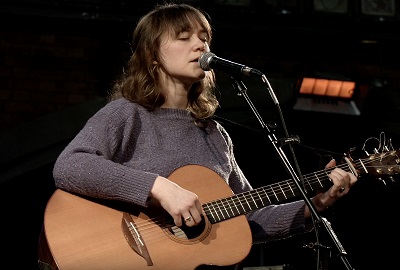 Each image references a different aspect of Irish creative life in the borough. The central panel focuses on legendary promoter Vince Power, with a streetscape blending the furniture shop where he started his career with buildings on Kilburn High Road. It includes portraits of Irish musicians Rory Gallagher, Shane McGowan, Brigid Mae Power (left), Kevin Talbot, Sinead O'Connor, and Phil Lynott with his friend Gus Curtis - all either living in Brent or past performers at Power's Mean Fiddler venue in Harlesden, which Helen and Brenda used to frequent in the late 1980s. The left-hand panel is a graphical image created with Kilburn-based playwright and screenwriter Enda Walsh, with words and phrases chosen by Enda to reflect the gritty reality of life for many past Irish migrants to London.

The original plan had been to dedicate the right-hand frame to elderly people in the Irish community, but the groundwork for this became impossible with lockdown. Instead it's a portrait of Helen with her daughter in her living room, with Dublin-based Brenda on the laptop screen, and the shelves full of collectables and heirlooms with significance to the Brent Irish story, provided by current or past Brent residents.

Each of the books and magazines in the image is meaningful - they include Thread magazine from Dublin and Masculinities magazine featuring Lucy Fine and Sam Callahan. The border around the whole tapestry contains designs from children's Irish dancing costumes owned by Triona Newman Lennox. 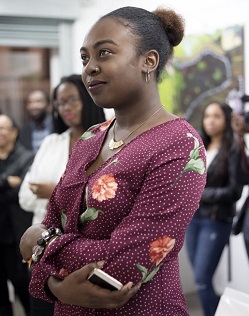 Helen grew up in Dublin, often visiting Irish family in London while she was growing up, and lived in Ladbroke Grove for 20 years before moving to Brent. She feels a stronger link has developed between the creative communities in Ireland and in the UK over the past two decades, with more Irish people now working in London fashion, design and creative media. The Kilburn Tapestries for Brent Borough of Culture, which came about via Lucy Fine, "have a really positive message" - people who lived in London in '90s and explored the West London music scene like Helen did tell her it brings back good memories.

Brent-based multi-media artist and MDX Fine Art graduate Yasmin Nicholas created collage works for public display which incorporate archive photos, community portraits, and words from four of her poems, gesturing to the stories and collective and individual experiences of Brent residents. Yasmin's work draws on her Dominican and St Lucian heritage and ancestry, in her choice of imagery and plays on language including by fusing English and Caribbean language Kwéyòl.

Yasmin's collages were displayed in more than 50 sites across the borough on digital billboards, at bus stops and on posters in launderettes, and a limited run of posters was available to put up in domestic spaces. Yasmin was one of the subjects photographed for This is Now and lists Keith Piper among her artistic influences.

The legacy of Brent Borough of Culture will be continued through a £1 million grant from Brent Council that will support, among other initiatives, 14 free studios for artists, a Brent Music Bienniale and a cultural learning and engagement plan for the borough.

"This is a defining moment for Brent as we look back at what has been achieved during the year of the pandemic, and forwards to delivering a sustained plan for the future" says Brent 2020 artistic director and acting director of successor organisation Metroland Cultures, Lois Stonock. "Cultural experiences contribute immeasurably to rebuilding communities broken by Covid-19. We cannot create a healthy future for our young people without these experiences.”

After a break in 2021, next year Lewisham will be London Borough of Culture, and the baton passes to Croydon in 2023.