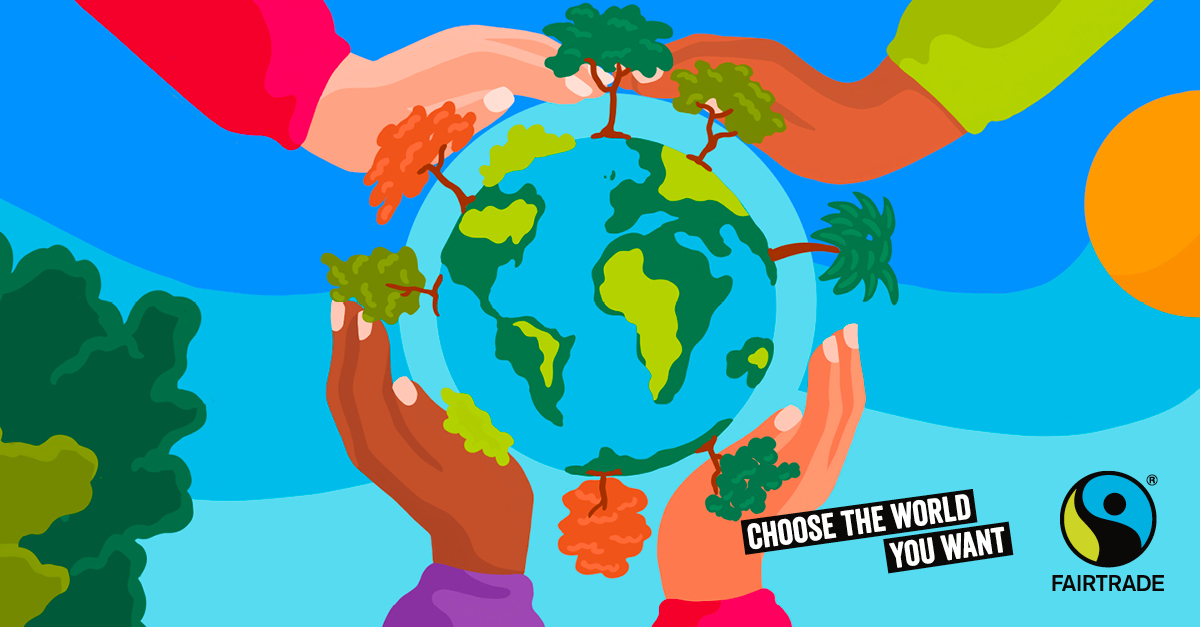 MDX students around the world have been considering the benefits of Fairtrade and ways to promote sustainability on campus and beyond.

MDX has a strong commitment to the international Fairtrade movement, which empowers small producers in the Global South by setting social, environmental and economic standards including a guaranteed minimum price and a 'social premium' for the producer for every tonne of commodity purchased. MDX was originally awarded Fairtrade University status by the Fairtrade Foundation in 2017 and achieved the maximum 3* University & College Fairtrade Award accreditation in summer 2019.

A series of events for Fairtrade Fortnight, which ends on Sunday, organised by MDX Contracts Officer Jo Williamson included a pair of online debates in London and Dubai on the same motion: 'Fairtrade is a minor consideration when it comes to climate change'. 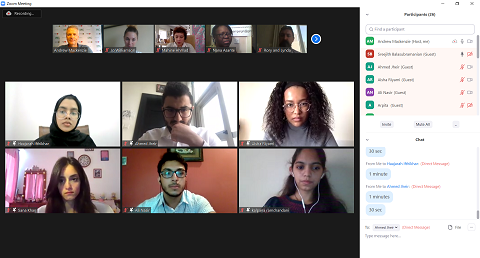 For the Dubai debate, the Yes team of Sana Khan, Haajarah Iftikhar and Kalpana Ramchandani, coached by Senior Law lecturer Mahine Rizvi Ahmad, argued that while Fairtrade farming has an impact on climate, this is marginal compared to the effects of mainstream industrial agriculture. "It is not sufficient for Fairtrade alone to change [unsustainable] practices" said Kalpana Ramchandani.

Their opponents, Aisha Riyami, Ahmed Jheir and Ali Mubarak, coached by Business School lecturer and head of the Institute of Sustainability & Diversity Andrew Mackenzie, emphasized the importance of raising farmers' quality of life and promoting gender equality in the wider effort to curb carbon emissions. "Everything on our planet is connected. Fairtrade is one of our weapons to fight climate change: wouldn't you want to build support from every source you can?" asked Ahmed Jheir. Judges Sreejith Balasubramanian and Rory McConnon declared the Yes team narrowly the winners by a single point.

The London debate, in which members of the MDX Debating Society competed, was hosted by Sophi Tranchell, former MD and CEO of Divine Chocolate and chair of Fairtrade London. On the proposition side, Sabin Gurung pointed to studies showing that Fairtrade-certified farmers are worse off than conventional farmers, Rutvi Patel argued that adaptation, rather than the mitigation that Fairtrade might more typically be associated with, is more effective against climate change, and Arianna De Angelis said that the environmental impact of transporting Fairtrade goods was often overlooked.

For the opposition, Mbololwa Akapelwa argued that economic development is needed to ensure climate justice, by enabling farmers to afford cost of adaptation, Tyler Green said that Fairtrade rejects fossil fuel-dependent mechanisation of agriculture and Theodoros Vakontios suggested Fairtrade offers an avenue for sustainable development and policy reorientation for oil producing countries like Russia and Saudi Arabia.  Both teams made extensive use of rebuttals to challenge each other's claims in a series of lively and eloquent exchanges.

Ahead of #ClimateAmbitionSummit, @MiddlesexUni affirms its commitment to sustainability, through first-time submissions to @timeshighered Impact Rankings, an ever-greener campus, and lively research and teaching around UN Sustainable Development Goals https://t.co/aPEXpPMOMy pic.twitter.com/D9uDhf4K1h

Chair of Harrow Fairtrade Campaign and former Mayor of Harrow Nana Asante attended both debates, telling the student teams it was "really wonderful having young people taking part", and congratulated London's Yes team by saying "You provoke, because you make us really think about some of the issues. I love the way you researched".

Audience polls at the beginning and end of the debates showed a large majority were against the motion. All four teams' arguments in the Dubai and London debates have been entered into a public competition to find an overall winner, which will be announced around 9th May, World Fairtrade Day.

Other events during Fairtrade Fortnight included an MDX poetry competition in partnership with youth arts platform Haringey Unchained. The winner was Marisa Pavli with Mirage of Eden, which the judges described as a "clever read" and a "realistic fairytale". Her prize includes interviews in print publications by Haringey Unchained and Russell Sage College in upstate New York. In addition, all the shortlisted MDX poems have featured in the Fairtrade Foundation's Youth Online Exhibition Hall | Fairtrade Foundation throughout the fortnight.

MDX Senior Lecturer in Environmental Management and Sustainable Development Dr Meri Juntti and MDX BA International Politics students Estela Santos and Una Prica joined University of Portsmouth Business School lecturer Dr Matthew Anderson in an online presentation, in which they discussed the growth and workings of the international Fairtrade movement, and the impact of climate change on small producers in the Global South. 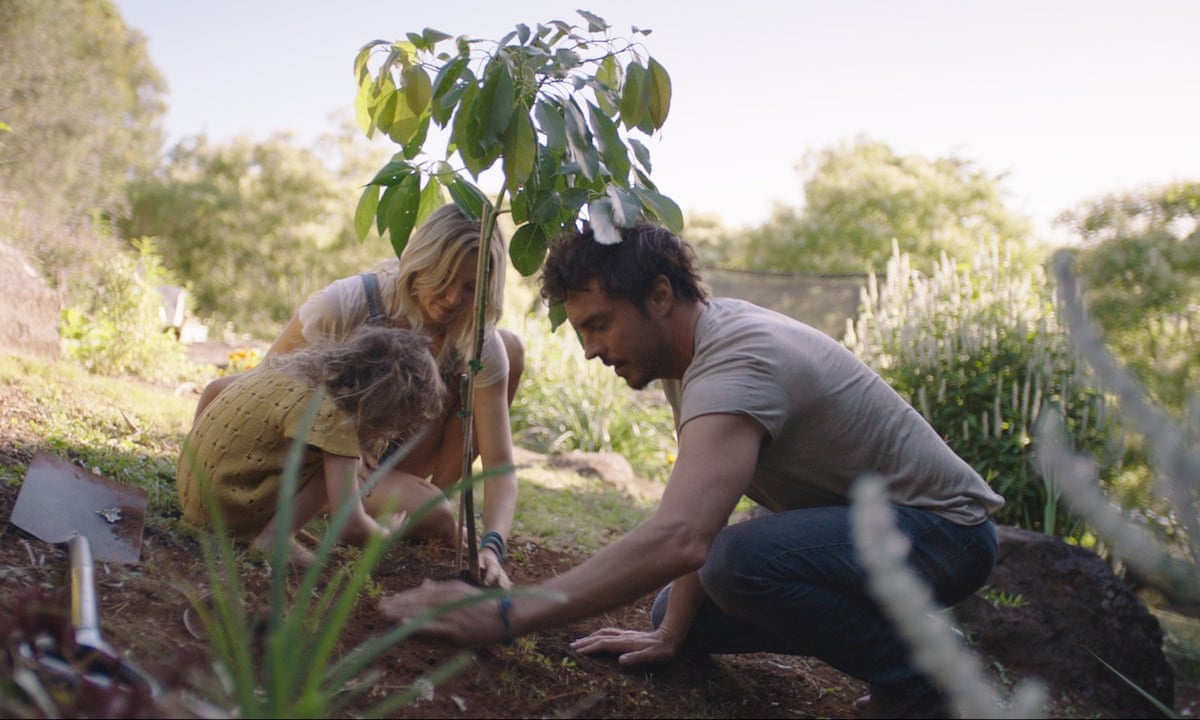 On a broader sustainability theme, the MDX Enactus Society presented an online screening attended by Vice-Chancellor Nic Beech of award-winning Australian film-maker and environmentalist Damon Gameau's documentary 2040. The film looks at practical ways of using technology available today to bring down carbon emissions over the next 20 years, when Gameau's young daughter Velvet will have grown up. Guardian film critic Peter Bradshaw praised Gameau's "attractive focus on what individuals can do right now".

In an online discussion session afterwards, Enactus Society members explored what they thought were the film's key messages. Publicity Officer Santiago Andujar said "I wouldn't have thought that a film about ecology could be so optimistic," while Navpreet Kaur said "This has made me feel so excited and pumped to do something to help!"

There was also a spirited debate about promoting sustainability on campus, in which the Vice-Chancellor took an active role. Suggestions from attendees included a garden in Hendon Grove, with installations carrying QR codes linking to every MDX project in support of the UN Sustainable Development Goals, carbon literacy training for all staff and students, and a university composting scheme.

The Vice-Chancellor said there was a "massive opportunity for culture change". He encouraged the Enactus Society to choose some focused short-term aims to work on as well as long-term objectives, and invited them to meet with the University Executive Team. In preparation for this, a meeting between Enactus Society members and the MDX Environment Steering Group is set for the end of May. 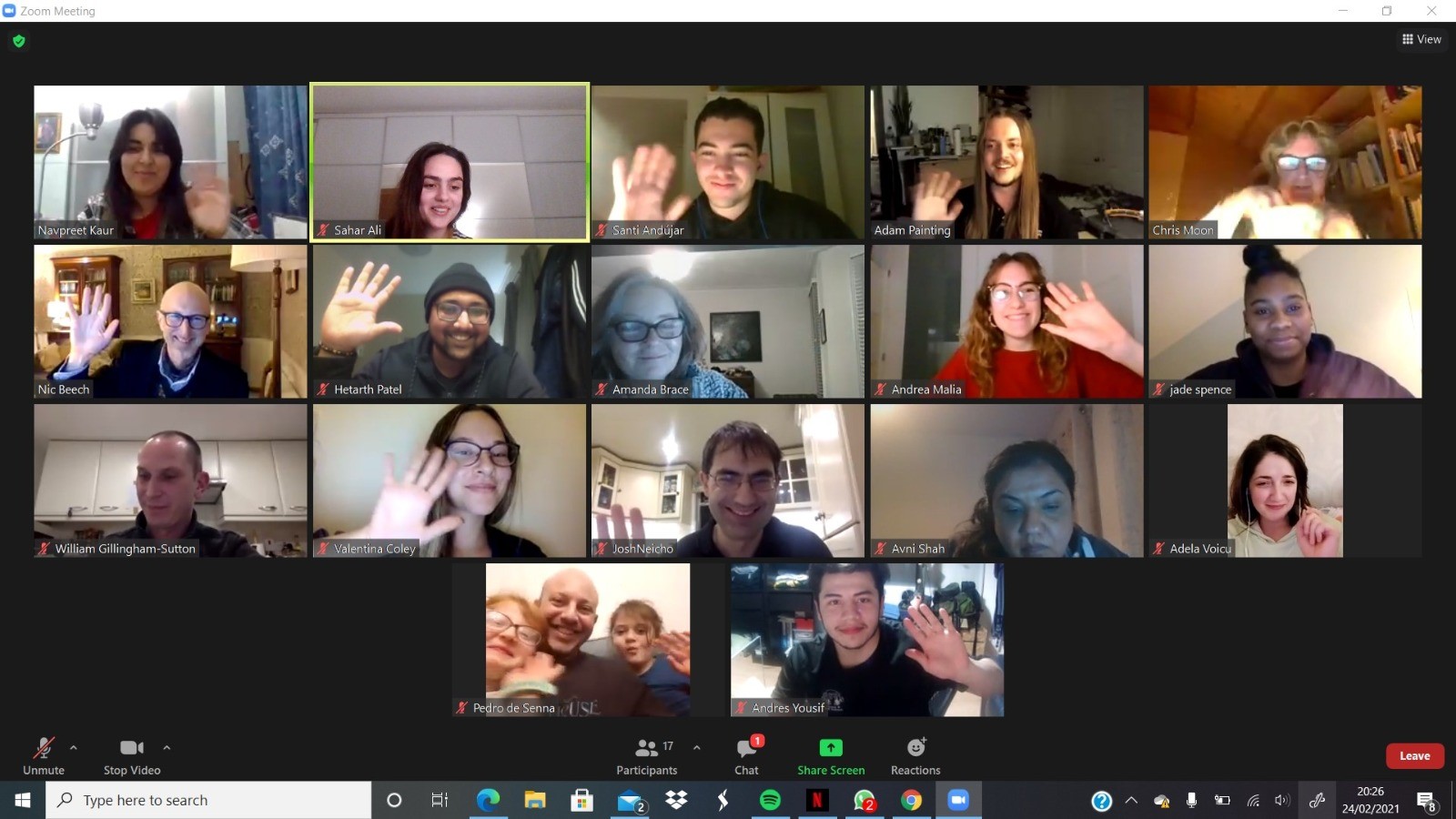 Over the past year, MDX has:
— continued to invest in reducing energy use and generating carbon-free solar electricity onsite to reduce carbon dioxide emissions
— significantly upgraded cycling facilities and showers, adding 176 more cycle racks
— developed the Your sustainable campus – the video, rolled out to all staff via staff communications
— restored Church Farm House Pond in the University grounds to improve biodiversity on the Campus
— Catering operations made good progress on reducing plastics — 5p levy added to drinks served in disposable cups created a fund used to finance small environmental projects

Dr Meri Juntti says: "Promoting greater sustainability can be easy and fun. Making small changes to your everyday life can lead you to get to know new people, discover new ideas and foods and get more active.

"Avoid driving short distances and walk and cycle instead, buy reusable items rather than disposable ones, and avoid buying products that have a lot of packaging and/or that you don’t really need. Organise a clothes swap. Food is the source of approximately 25% of the emissions: so explore more plant based foods and order a veggie box from your local farmer. Shop around - there are plenty of options and some are very low cost and can also help reduce food waste. Most will also supply Fairtrade products that cannot be sourced from the UK".

Estela Santos said about her and her coursemate's presentation about Fairtrade: "We chose to create a dynamic presentation with pictures, videos, and some 'informal speech' so students can relate and hopefully gain interest on the subject. Our main goal is to raise awareness among Middlesex students and cultivate a critical thinking towards Fairtrade with a debate on some of the critiques [of the movement] and on how to find improvements within the Fairtrade system".

MDX graduate Alexia-Raphaelle Ndongo-Seh, who was a MDX Fairtrade Auditor in 2018 recommends "the best way of engaging the university community and general public in supporting Fairtrade, especially given the current climate, would be through social media. Use the hashtags to start conversations, raise issues, ask for input/feedback/ways of improvement etc... You could even have simple polls that’ll allow you to determine whether people know about Fairtrade".