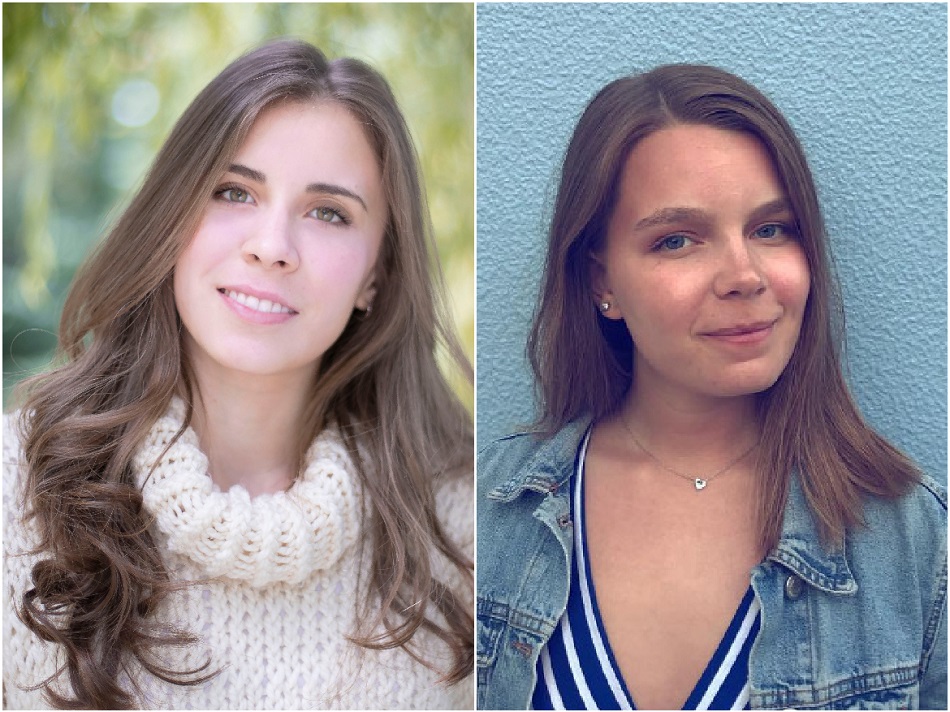 Laura (pictured above left) was jubilant after winning the Promotional Film Award for her film He Loves Me Not which tackles domestic violence and also the Postgraduate Film Award for her production Hope that focuses on the trauma for mothers who are pregnant again after a stillbirth.

Her Three States of Time in Storytelling production, which explains the process of making Hope, was also nominated for the Create Reuse Award.

The Learning on Screen awards is organised by the British Universities and Colleges Film and Video Council and is the UK’s only celebration of film and media production in education.

Laura, who produced the films while studying for a Master’s in film at Middlesex University said: “I was very happy to see the acknowledgement that they gave to my projects in which I really worked very hard.

“It’s very special because Hope is inspired by the true story of one member of my family and I’m always grateful to Middlesex because they gave me the opportunity to shoot in the nursing and midwifery department.” 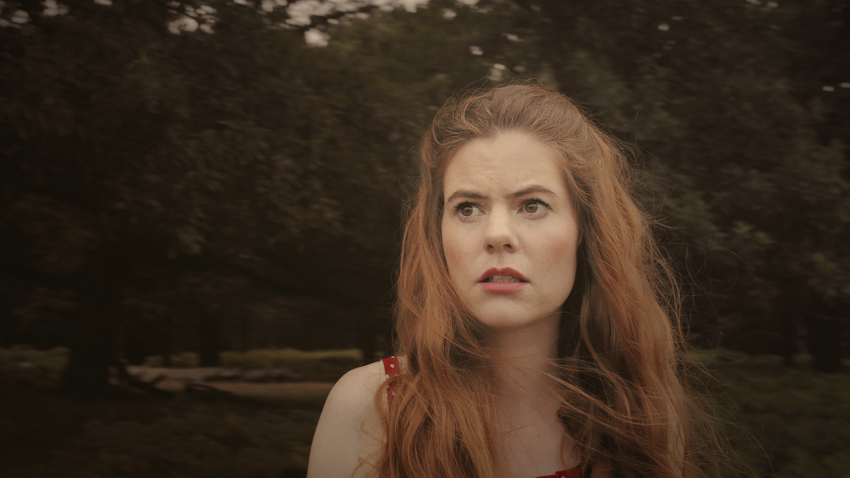 Hope (pictured above) highlights the emotional difficulties pregnant women can face if they have miscarried previously.

“It’s a story of dream and fantasies and mixing them with memories and the real world,” explains Laura.

“It is about how her past trauma is getting in the way of her new experience: the birth of a second child and in order to move on and be happy she needed to look at the person she lost before.

“This is about loss and hoping to recover.”

An abusive man can be heard throughout in the background while at the end the woman is visibly bruised.

This moving feature was particularly timely amid reports of an increase in domestic violence during the COVID-19 lockdowns.

“I wanted to pursue the need of reporting domestic violence and in a poetic way this shows that we really harm ourselves when we are not reporting it,” added Laura. 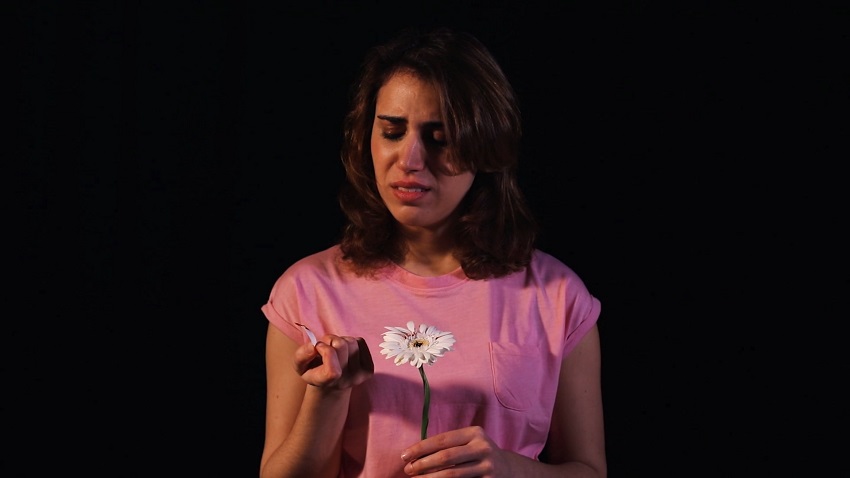 Since graduating from Middlesex two years ago, Laura has moved to Madrid in Spain and hopes to “pursue films which promote the rights of people, including immigrants, the ones who don’t have so much of a voice”.

Originally from Colombia, she added: “I really loved my time at Middlesex.

“I remember the place with heart because everybody was so helpful at Middlesex. Even the support and wellbeing department – they helped me a lot – being so far away from home.

“I loved London and Europe because of art and the value they give to artists.

“That’s why I always dreamed of coming here and pursuing a professional path.”

Dr Helen Bendon, Director of Moving Image Directorate at Middlesex University, said: “Campaign filmmaking is a real strength of what we do here at Middlesex.

“He Loves Me Not has been an important film, not only winning at the Learning on Screen Awards, it won the Chancellor’s Award for Best Campaign film at our Building Bridges event here at Middlesex.

“It was at this event that director Laura Torres and producer Paula Campos Coelho were asked to present the film at an independent advisory group on domestic violence in Brent with the Metropolitan Police and other community stakeholders.

“In lockdown domestic violence has been of growing concern so I am really proud that our students are tackling these important social issues through their practice and that this brilliant film has a resonance in the wider community.”

Student Documentary Award winner Cloé Peker produced a poignant film focusing on the impact of development on the Arrábida national park in her home city of Setúbal, Portugal.

Cloé  said: “It was a little bit of a shock because I never go with the expectation that I’m going to win and then when you do it’s kind of weird but obviously a happy moment.” 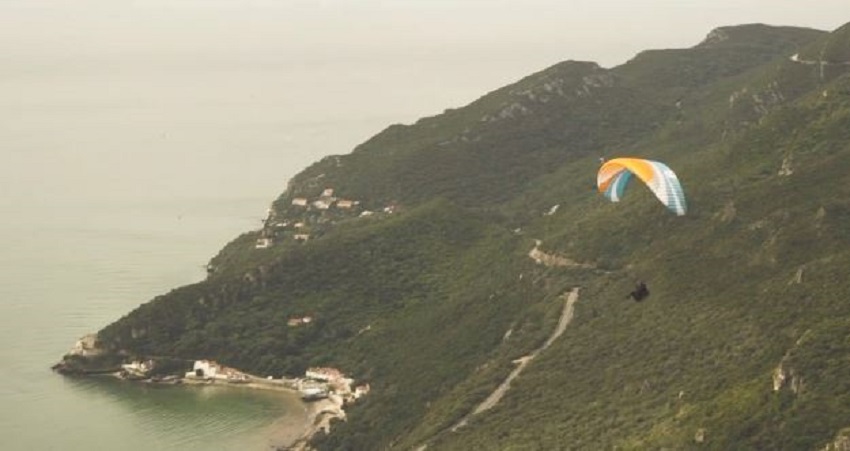 The film title ‘Suadade’ is a Portuguese word which relates to “missing something and melancholy” and dates back to the 15th century when Portuguese sailors left their partners back home.

“I wanted to explain this word to everyone who couldn’t understand it because it was maybe something I was feeling when not being in Portugal,” she explained.

“I thought about filming in that place, because there was some news about how they were going to take sand away from the beaches to make cement.

“Maybe one day I’ll get back home and the place won’t exist so if it disappears at least I made a good film about it.”

She continues: “The film is about this word which is not translatable, so I thought that was very interesting to start with. How would I explain a word that is not explainable.

“If I’m a filmmaker, I’m sure I can explain it without words with sounds and image.”

Cloé, who graduated with a BA in Film, produced the 15-minute documentary over two weeks in Portugal with her crew of MDX students.

She passionately describes how the area has “such a magical environment where the sea meets the mountains. It’s such a beautiful place.”

Explaining why Saudade is divided into three parts, she added: “So there’s the feeling of love, loss and hope, and the combination of these feelings is this feeling of Saudade.”

Thankful for her time at MDX, which she described as a “dynamic” university, Cloé is planning to continue her theme of storytelling without words with a new documentary in which a dancer and musician will respond to questions with movement and sound.

Cloé is currently studying for a Master’s in documentaries at Royal Holloway, University of London.

“Cloé directed Saudade, a poetic documentary based in her home town in Portugal, as her major project on the BA Film programme,” said Dr Bendon.

“She managed a production team to shoot abroad and capture an ambitious and experimental documentary.

“Bringing the crew along with such a personal vision was a challenge that Cloé rose to creatively and professionally.

“I am really thrilled that Cloé’s work has been recognised in the prestigious Learning on Screen Awards.

“Saudade is a very special film.”

Learn more about studying Film and TV Production at MDX