“It’s as if part of the authentic experience of travelling is that you are constantly harassed." 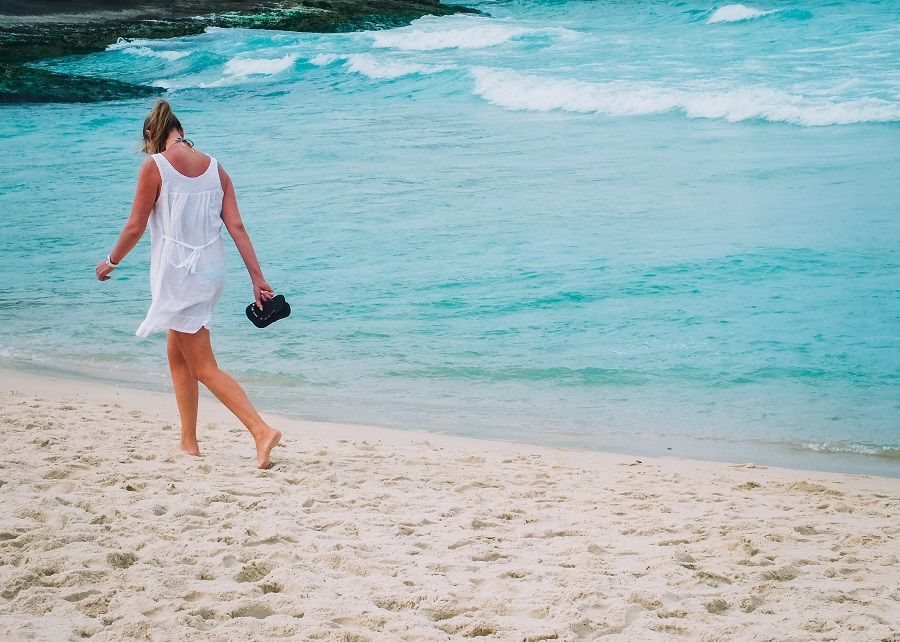 “Lonely Planet often downplays harassment and the idea that it is not worth getting angry about presents itself again and again in the entries,” the paper states.

“The absence of anger in the advice allows for the inference that anger at misogyny and gender-based violence is an inappropriate emotion at least when a woman is not at home and represents the assumption that feeling or displaying anger when abroad is culturally inappropriate.

“The insistence that women suppress their anger when pursuing leisure is particularly damaging – not because a women is likely to be in more danger when travelling but because the frustration wrought by being promised freedom and self-discovery while being simultaneously denied the opportunity to experience one of the most fundamental human emotions will be profound.”

Researchers studied the free online version of the Lonely Planet’s women’s section and analysed entries relating to harassment in specific countries identified as ‘high-risk’ for female travellers on the Asher and Lyric Fergusson travel blog.

The countries (listed below) were graded based on the following factors: Whether it is safe to walk alone at night; intentional murder of women; non partner sexual violence; intimate partner violence; legal discrimination; global gender gap; gender inequality index (UNDP) and violence against women attitudes.

The research paper highlights how harassment is downplayed and anger should be supressed with examples such as:

Siân Stephens, a Senior Lecturer in International Business who co-authored the paper, said: “It’s as if part of the authentic experience of travelling is that you are constantly harassed.

“You are told as a woman in guide books you must go abroad and have a brilliant, liberating time and if you actually have a pretty terrible time when everybody harasses you, it can feel like they you have done something wrong or are travelling wrong.

“Good advice would be that it’s unsafe to draw attention to yourself if you are unhappy with the attention you are receiving, but the advice that this is just a cultural practice, this is what to expect on holiday and it’s better to ignore what’s happening diminishes the reality of the experience.”

Co-author Heather Jeffrey, a Senior Lecturer at the Middlesex University Dubai School of Business, said:  “The subversion of anger in women’s travel guides to some extent helps to normalise harassment and gender-based violence.

“It’s not for Lonely Planet to say get angry or don’t get angry, but neither is it their place to shape how we feel about being harassed.

“The aftermath of Sarah Everard’s death shows there is growing anger at everyday harassment which Lonely Planet seems to imply is part of a cultural experience.”

The research paper states the guides tend to be aimed at young, single white female travellers and should cater for all age groups and races.

It concludes: “Future guidebook entries aimed at women travellers should be informed by feminist researcher and activists and should offer specific, useable details which a woman may then use to inform her decisions and actions – not her emotions.

“A key advancement in travel writing would be to acknowledge the intersectional characteristics of womanhood and provide more useful advice to women with disabilities, women of colour, single women, married women, pregnant women, young women, and older women for example.”

“Our aim is for people to travel with confidence. We are constantly working to protect travellers' safety while not viewing the world through a lens of fear.

“Lonely Planet’s advice to female travellers, and those of all backgrounds, is under constant review to ensure it is factual, balanced and nuanced.

"When we don’t get this right, we are committed to addressing it.

“We continue to be committed to ensuring our content reflects diverse and inclusive perspectives, and we are undertaking a comprehensive content audit to ensure we meet the standards we set ourselves. “

The research paper was published in the journal Taylor & Francis Online.

Read the full paper: The subversion of women’s anger in travel guides.

The twenty most dangerous countries identified by Lyric and Fergusson (2019) were:

Find out more about studying Business and Management courses at Middlesex University: