The 'positive role models' have each been awarded £1,000 from the Wilkes Education Scholarship Trust 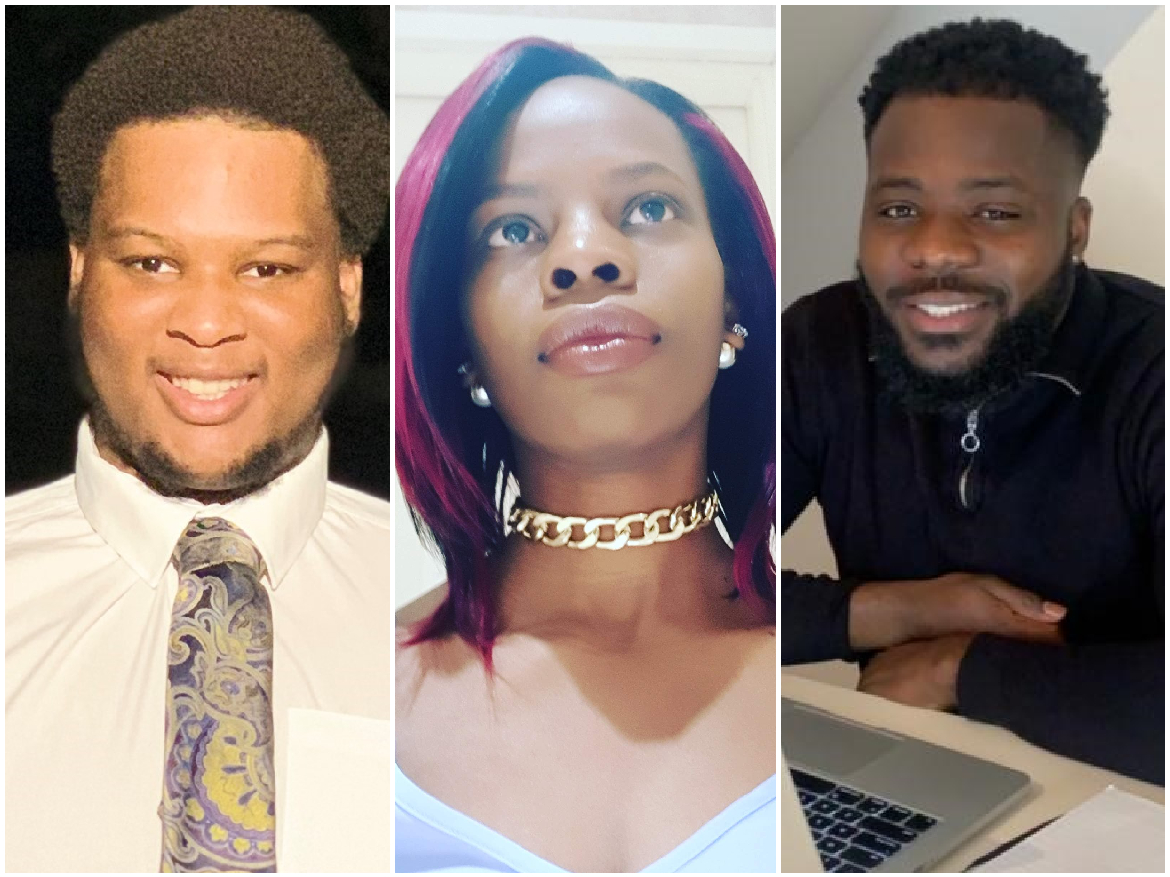 Three students at Middlesex University have each been awarded a £1,000 scholarship grant in recognition of their fantastic achievements as students of Black African and Caribbean heritage.

Augustine Kwaw, Sharon Nakiyimba and Daniel Tella were selected from candidates across all UK universities for the funding from the Wilkes Education Scholarship Trust (WEST).

This scholarship recognises not only students of Black African and Caribbean heritage but ones who have been a ‘positive role model’ to other students and made a ‘positive contribution’ in extra-curricular activities at the university.

The MDX students have already received half of the scholarship with the remainder due to be awarded later this year.

Dr Doirean Wilson, who is a Senior Lecturer (Practice) specialising in Human Resource Management and also a patron of WEST, said: “To say the students have welcomed this funding would be an understatement and it is a scholarship that acknowledges the potential and efforts of students of Black African and Caribbean heritage.

“This is a very worthy initiative and for three of our students to obtain the award, when it is open to all universities across the UK, speaks volumes.”

Anthony Wilkes, the founder of WEST, said: “Wilkes Education Scholarship Trust (WEST) was delighted to be able to award scholarship grants to these three Middlesex University Students as they more than satisfied our criteria, including all being on track to achieve an upper second class degree.

“All were nominated by the heads of their department for not only their outstanding academic accomplishments, but also for their extra-curricular activities, in particular those which benefit both students and also those in their Black African and Caribbean communities.

“Feedback from their first semester of 2020/2021 has confirmed that they are more than deserving of their grants, being true role models for other students and beyond.” 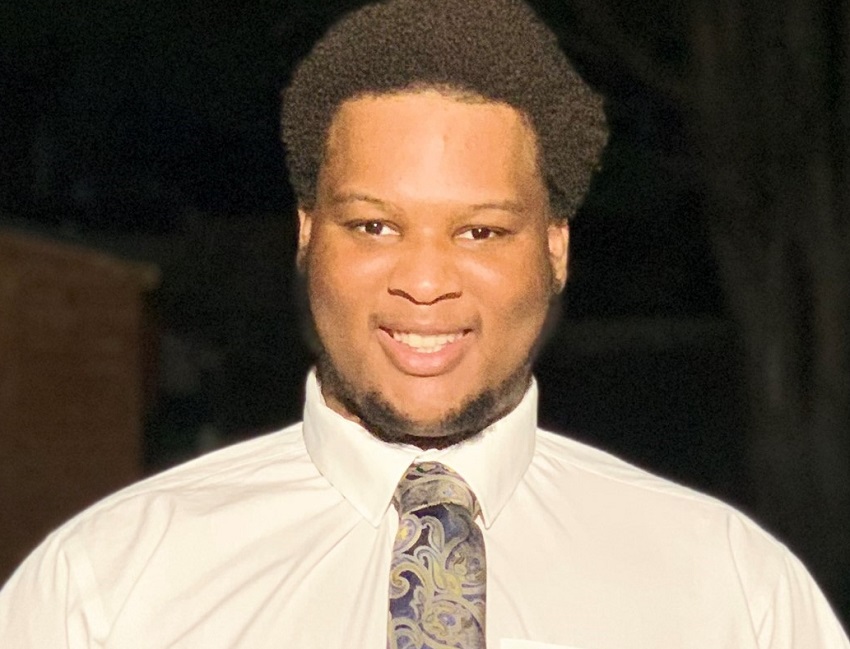 Daniel Adewale Adegbite Tella, a LLB Law student, was nominated for his work as a Student Learning Assistant (SLA) at MDX for Legal Method (Law), helping Year One students.

Dr Mariette Jones, Senior Lecturer in Law who nominated Daniel, said he is fluent in Yoruba (a West African language spoken mainly in Nigeria) and is a “brilliant all-round student” who “really shines in personal interactions”.

Dr Jones describes how Daniel has interned at prestigious law firms during his holidays and was a runner up for the Freshfields Stephen Lawrence scholarship.

He is also a church percussionist and a co-carer with his mother for his two young sisters.

“Daniel truly is a credit to the Afro-Caribbean community,” added Dr Jones.

Speaking about the award, Daniel said: “I am grateful for the opportunity to be a UK West scholar and would like to thank all my lecturers at MDX for their continued support.

“I also say thank you to WEST for recognising students like myself.

“I hope that this award encourages more uprising students in the BAME community who may need to hear four words: ‘you can do it’.

“MDX has been a memorable time for me to look back on with happiness.

“My award is an eternal tribute to everyone that has helped me to where I am today – so thank you.” 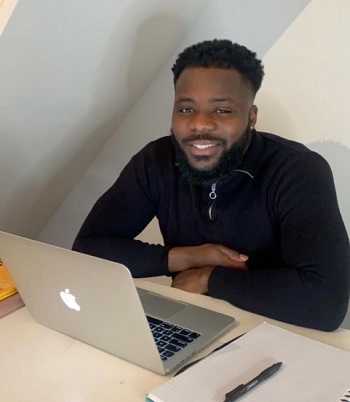 Augustine Kwaw, a student on the Mental Health Undergraduate programme, has been described as a “conscientious student” who has become a Student Voice Leader.

Lawrence Dadzie, the Programme Lead for the Year 2 Mental Health Programme who nominated Augustine, described him as a “positive role model for his cohort and other nursing colleagues”.

Mr Dadzie said Augustine regularly attends extra-curricular activities such as research with academics in other areas to “broaden his mind and contribute to others’ wellbeing”, and weekly meetings which the School of Health and Education hold to discuss student issues during the COVID-19 pandemic.

Speaking about the scholarship grant, Augustine said: “I was instantly overwhelmed with honour and excitement.

“This was mainly due to the fact that I was nominated as a result of my hard work throughout university which has been a challenge to say the least.

“Receiving this award goes beyond monetary gains. This award will allow me to work closely with WEST charity to pursue my long-term goal of raising awareness in the BAME community with regards to mental health.

“Studying at Middlesex University has been fantastic and I strongly believe I made the right decision at the time when I was considering my options.

“The institution provides a safe and conducive environment to study and succeed.

“Moreover, there is constant support given whether it be availability of resources or meetings with various staff members.

“I would like to give a special thank you to Mr Dadzie who has been a breath of fresh air during my time at Middlesex with his words of encouragement and open-door policy to share any concerns.” 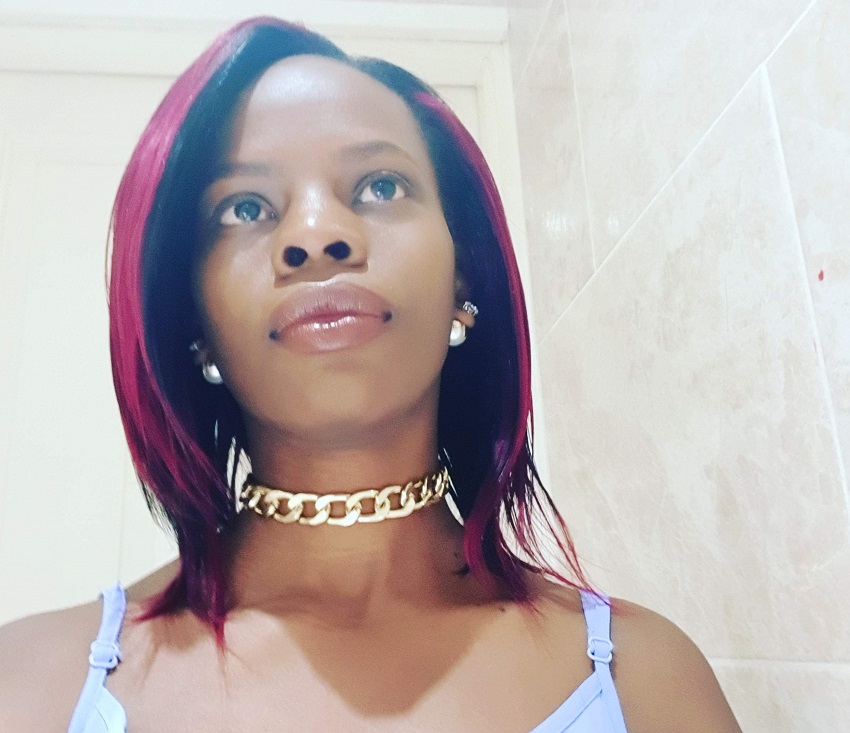 Sharon Nakato Nakiyimba, a student in BA Education Studies, has been praised for her “reliable attendance, mature attitude, clear focus on study commitments”.

Beth Gallagher, an Associate Professor (Practice) and Programme Leader in Education Studies, said Sharon has been a “very helpful and committed” SLA.

Sharon had “overcome adversity” in her personal life and became a mother for the second time during her studies but managed to balance both commitments exceptionally, Prof Gallagher added.

Speaking about her nomination, Sharon said: “Being nominated alone made me happy as I believe there are a lot of other students that fall under this category.

“That alone to me was an honour.

“However, on winning the award, I felt untold joy because COVID was on the rise and very quickly so with two kids to look after, every penny counted.

“The award will be used to settle some of my pending bills as it's crunch time now and I haven't been making enough money so, to me, it’s a life saver.

“My experience at Middlesex University has been phenomenal.

“I believe I have been able to touch a soul or two with either my advice, sharing experiences or even mentoring others as a Senior Student Learning Assistant for the University.

“So, I believe I have made every second count with no regrets whatsoever.

“All my lecturers have been  amazing, I wouldn't want any of them to feel left out but since my first to third year, I have had full support from all, however special thanks to Beth G my programme leader, you are one of a kind.”