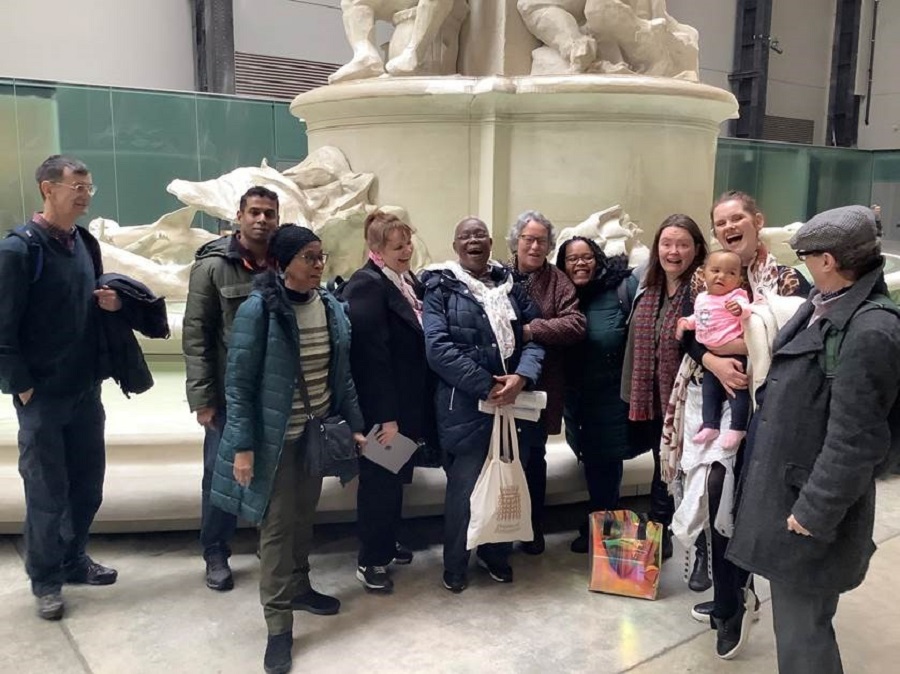 MDX’s Mental Health and Social Work and Nursing and Midwifery departments launched the Expansive Learning modules for all BSc Nursing students at the start of the last academic year.

Hundreds of students have enjoyed diverse activities including trips to the Tate Modern (see picture above) and the British Museum to break down their traditional knowledge of being a nurse and equip them to deal with the health impacts of wider social economic issues such as equality, racism, poverty and poor housing.

“As nurses we treat people from all different walks of life so it’s very important to emphasise and put ourselves in other people’s shoes,” said Jade Willimott, a second-year BSc Mental Health nursing student.

“We were trained to think outside the norm.”

Students examined a case study of a female parent from a same-sex couple at a GP clinic where the doctor kept referring to the child's 'dad at home' and also tested their unconscious biases using an app.

“This made you think about how the small things you say, even in passing, could make a difference to whether or not that mother brings her child back to her GP service because she’s feel comfortable or uncomfortable,” added Jade.

“It covered all those micro-aggressions in your unconscious bias and made you think outside the box and pause to say ‘hold on a minute’ what I am doing without realising.

“These seemingly small things we do could make a huge difference in somebody’s experience of healthcare.” 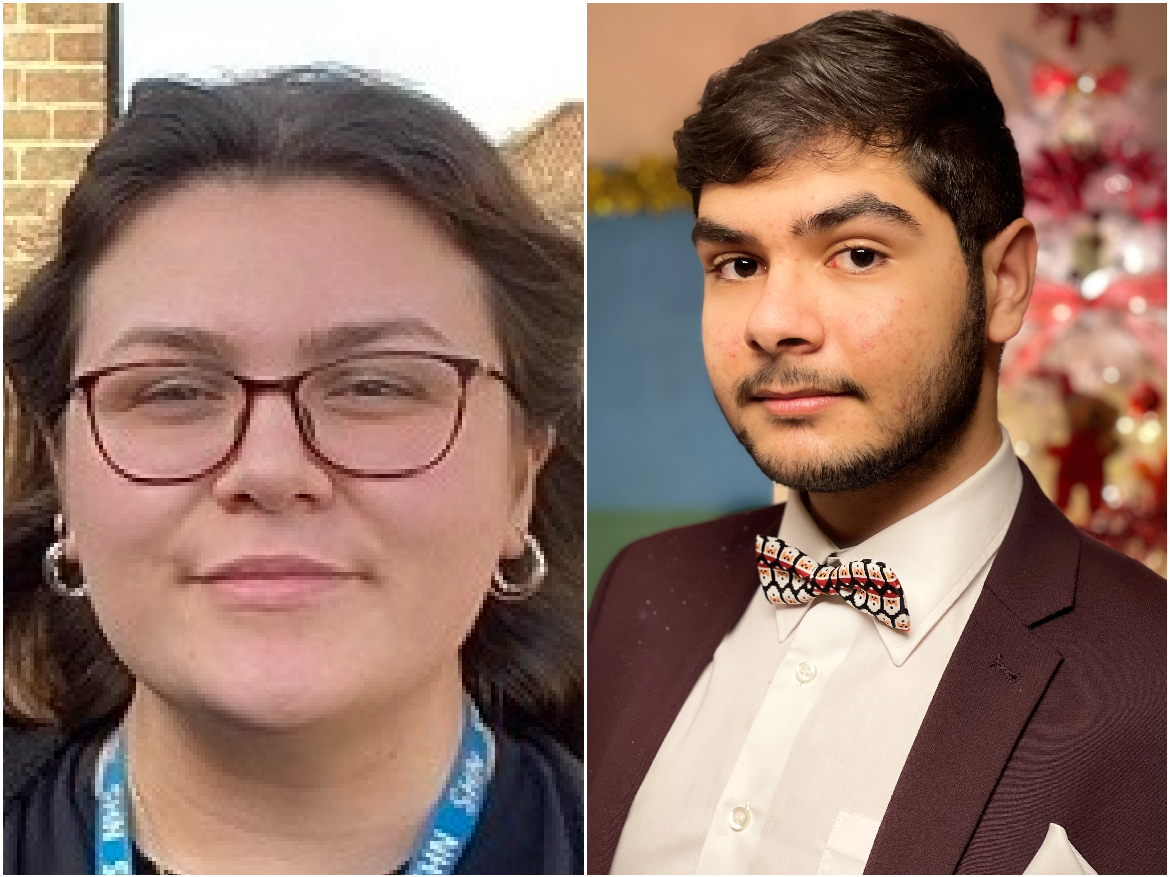 The six-part module also included watching a musician perform, letter writing campaigns, volunteering, signing up to social media and joining debates on the NHS and registering on the community platform We Nurses, where they could network with other students and professional healthcare workers.

Antonio Vargas, a Second Year BSc Nursing (Child) student, volunteered with a deaf awareness charity and led a student review of the module with Jade.

“My idea of nursing before coming to the University had been antiquated,” said Anthony.

“The other modules are the basic blocks, but the Expansive Learning module was the cloud around them and it looks kind of different but it’s a good different.”

It might not have been what they were expecting when studying nursing, but at one stage students found themselves debating classic works of arts.

This included Karl Walker’s Fans Americanus, a fountain memorial commenting on the impact of the transatlantic slave trade on display in the Tate Modern, which provided the opportunity to discuss RCN policies on race with members of the public who were invited on the visit.

At the British Museum, they debated gendered expectations around medication when looking at an exhibit which revealed all the medicine men and women will take in an average lifetime.

The groups also discussed the Chris Ofili’s No Woman, No Cry of Baroness Doreen Lawrence, which features tiny pictures of her son Stephen, who was murdered in a race attack in 1993, imprinted on the painting. 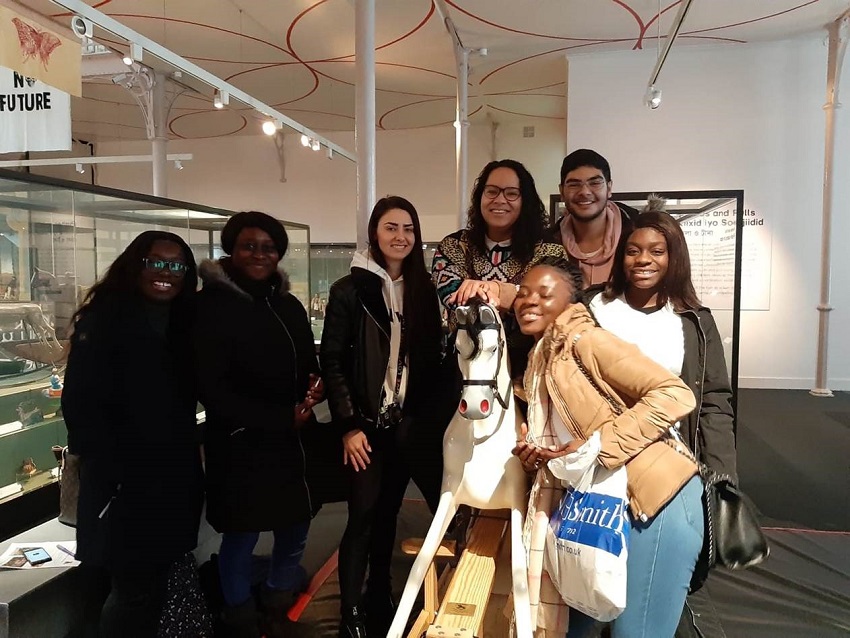 Nicky Lambert, an Associate Professor in Mental Health who co-created the module with colleagues, said: “The idea was to train students to be focused and ask ‘what does this mean?’

“Our goal is to help students join up these separate factors of observation and interpretation into a whole, a skill they will need in the workplace when making a professional judgement.”

The Expansive Learning module was recently highlighted as one two of the 12 case studies in a recent RCN report on ‘The role of the nursing profession in achieving the United Nations Sustainable Development Goals in the UK’.

Prof Lambert and colleagues have also been invited to lecture on the module at Strathclyde University and International Nurse Education  conferences.

“With the new curriculum we have been looking a lot more at public health and understanding we have to do more work which is preventative, creative and community-orientated,” added Nicky.

“At the end of the three years we need students to make clinical decisions but a lot of nurse education was didactic and students traditionally got books and lectures and were expected to learn it and somehow flourish into professionals.

“New ways of teaching and learning have helped students align who they are as a person and who they are as professional so they end up more thoughtful, resilient  and better equipped for the modern world.”

Find out more about studying nursing at Middlesex University: