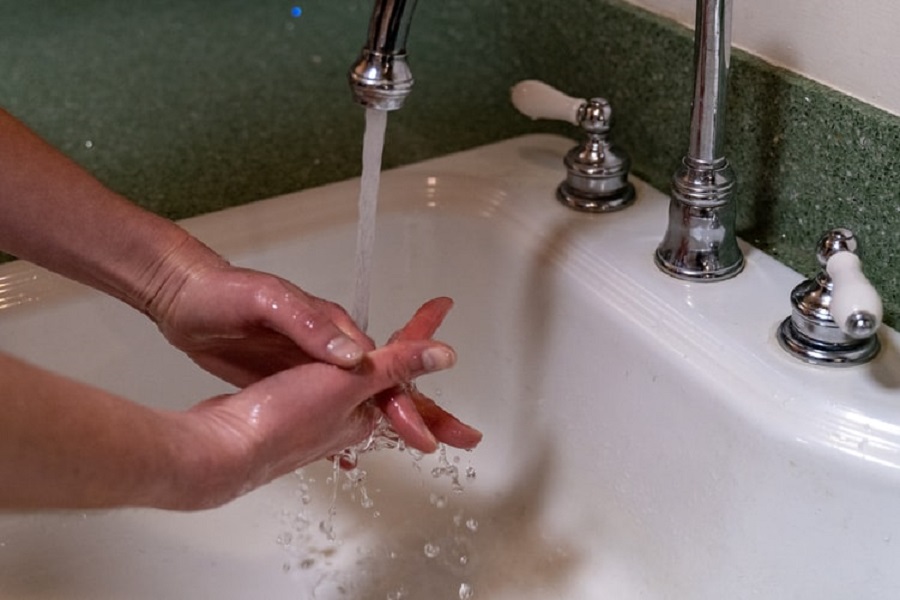 A new study suggests people in countries which place a higher value on self-control will more regularly wash their hands as the government continues to recommend this hygiene measure against COVID-19.

Researchers asked nearly 20,000 participants in 56 countries about their personal hygiene norms with regards to spitting and handwashing in six different contexts and whether they brush their teeth before eating.

As the government removed rules on social distancing and the wearing of face masks this week on ‘Freedom Day’ (July 19th), this research indicates that countries which place more emphasis on self-control have stricter habits with regards to personal hygiene norms.

Current government COVID-19 guidance states people should continue to wash their hands regularly and for at least 20 seconds with soap.

Tom Dickins, Professor of Behavioural Science at Middlesex University who co-authored the research paper, said: “The government expect us to now exert self-control in order to act sensibly under the disease and good personal hygiene will be a significant aspect of the behaviour required.

“The UK is in a weird situation now where we’re leading the world in our kind of liberation from this pandemic and effectively relying on people’s behaviour to get us through.

“At a cross-cultural level we’ve tested three major hypotheses about hygiene and found that self-control predicts the majority of hygiene behaviours measured - so how much people value their autonomy correlates with their hygiene habits.

“That’s very significant given we’re now in a position where we are saying ‘it’s all down to you’ and the pandemic is under your control.

“The reliance upon handwashing to reduce spread is likely to be influenced mostly by how highly self-control is valued.”

Self-control is defined as the ability to manage your thoughts, behaviour and emotions.

The research, conducted as part of the International Study of Metanorms, is based on a sample of 19,865 participants in seven countries from Africa, ten from the Americas, 17 from Asia and 21 from Europe including the UK.

Those surveyed were asked on whether they would wash their hands before or after eating, after defecating, after urinating, when coming home and after shaking hands and if they would not spit in the kitchen sink, on the sidewalk, on the kitchen floor, on a football field, in a public swimming pool and in a forest.

Averages for the different hygiene behaviours were:

Academics found a “few hygiene norms were instead stricter in countries where people perceive a greater threat from disease.”

The results also support an 80-year-old theory by sociologist Norbert Elias, that the ‘civilising process’ driven by an increase in the value of self-control would lead to stricter controls on violence and hygiene norms.

Prof Dickins said: “We found that countries that have stricter hygiene norms also tend to have more restrictive norms about violence, which is something Elias predicted but has never been tested previously.

“The correlation between hygiene norms and violence norms was moderately strong and constitutes a completely new piece of evidence that better hygiene and less violence go together.”

The level of self-control and socio-economic development in each country was measured by the Human Development Index for 2019 provided by the United Nations Development Programme.

The research paper, which has been peer reviewed and published in the journal Current Research in Ecological and Social Psychology, was co-authored by Prof Dickins with Pontus Strimling and Kimmo Erikkson from the Institute of Future Studies based in Stockholm, Sweden.

The Swedish Foundation for Humanities and Social Sciences funded the study.