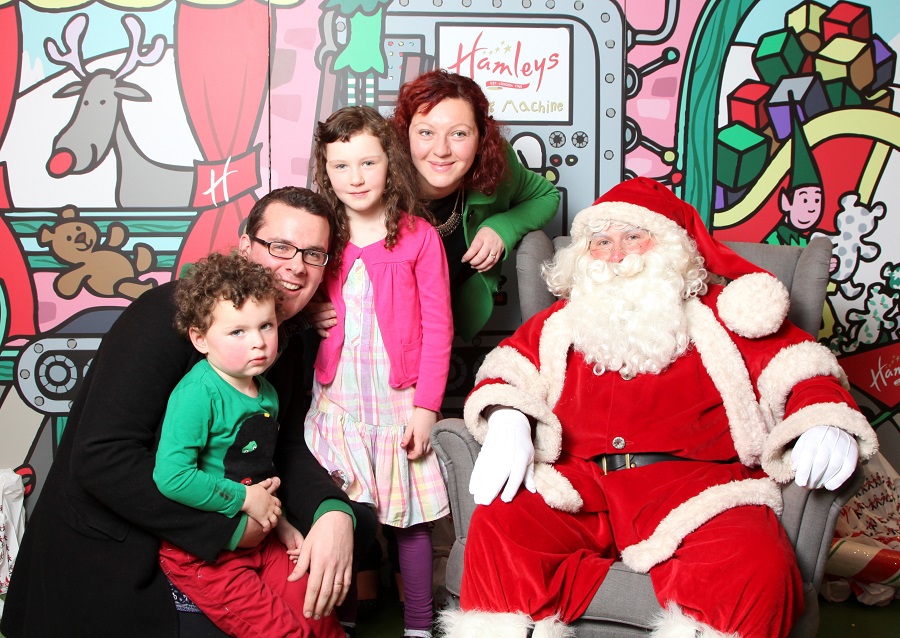 When Mia Scally got a call from police to say they had found her husband Damon’s body, she was convinced it was not him.

Mia, a Lecturer in Forensic Psychology/Criminology at Middlesex University, believed her husband had simply gone to his mum’s despite not seeing him for several days.

She had no reason to believe her husband would die by suicide.

The couple were together for ten years after meeting at college in Lincoln and happily married for seven years.

They had two children –  Jasper then aged three and Robin, then six.

Damon, then aged 28, was a successful brand manager with the betting company Ladbrokes at their head office.

Mia, now 34, said there was no indication her husband was suffering from mental health issues before his body was found in 2014. 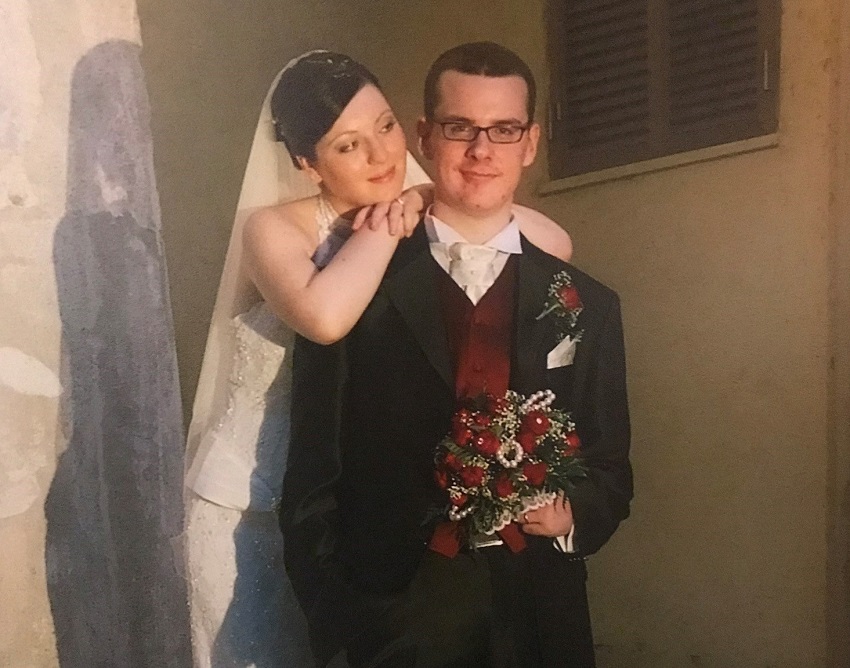 “I didn’t spot anything, it was a real shock when it happened,” she added.

“Mental health with men of that age group is so hidden anyway, they don’t want to talk about it or admit there could be something going on.

“The conversation is just not there, it’s silent and I believe part of that is pride and socio-normative expectations of men to be men and to not have emotions.

“He didn’t express anything to us to suggest that that was the route he was going to go down.

“It was like he was there and then he wasn’t.

“I never would have guessed in a million years.”

The horrific news had an instant impact on her two young children.

“With my youngest son, he was like ‘we’ll just tell him to come back’ or make a wish, it took a lot longer for him to process and realise that actually daddy wasn’t coming back, whereas my six-year-old was very angry and ‘like why didn’t you do something’? added Mia.

“As a parent you’re trying to balance those two very different journeys and to nurture both, whilst effectively taking a hit from everyone because the first person to get blamed when a partner dies from suicide is the other partner.

“Why didn’t you see it? Did you have an argument? What did you say the night before?” 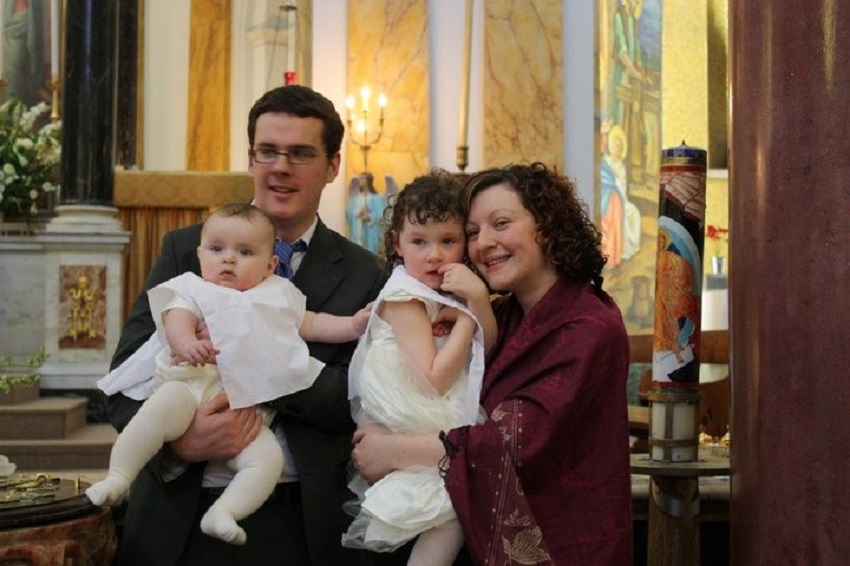 Mia continued: “All my family and friends told me to not tell the children the truth and say it was an accident but actually children who have a parent who died from suicide are three times more likely to die from suicide themselves.

“And the only thing that reduces that risk is having clear, honest and open conversations about what happened from day one.

“I was very lucky that I was working in a psychology department and had a whole bunch of colleagues to help me out with best practice, but a lot of people don’t have that support.”

Mia reveals the children experienced a wave of emotions including anger at their father for taking his own life.

Sometimes the children would discuss their dad’s death in public or at school.

“I’d go down for the shopping in Sainsbury’s and my son would go ‘Hi my daddy killed himself’, because to them they’re just expressing something that’s on their mind all the time,” added Mia.

“You’d be at the checkout with two kids and this mortified cashier would be looking at me like is this a joke? 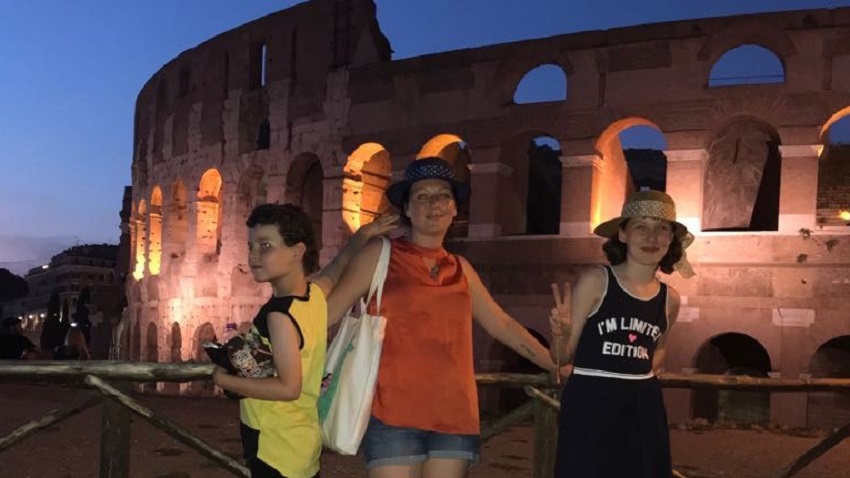 “So I would be having to explain to my child you can’t just tell everybody, it’s the biggest thing on your mind right now and there’s nothing else more important but actually you have to put a lid on it because society isn’t ready and I think that’s really tricky for children of that age, three and six, to comprehend.

“That you can’t tell people what’s going on in your lives, even though your world has stopped.”

The lack of an outlet and resources for her children to help process their grief inspired Mia to write a book with her children for other children affected by suicide.

They have now produced Everything Changed an illustrated children’s e-book and paperback in the words of Robin, 13, and Jasper, 10, which details how they felt after their dad’s death and how gradually they began to move forward with their lives.

In the book, they say:

“It will never be ok, and I will always miss my Dad. Especially when awesome or really sad things happen. But we are getting through it day by day together. Each day feels a bit different. Some days I still feel sad but other days I smile lots. Our daddy is always with us in our hearts and in our memories.” Robin &  Jasper Scally.

Proceeds from the book, which has been self-published through Kindle Direct Publishing, will go to the charity Child Bereavement UK which supported the family with their grief.

Mia said: “When my partner died we were looking for books to help with certain age groups because each child went on such a different journey.

“You read all the factual information and I’m a lecturer so I’m constantly looking at research publications but when it came to finding stuff which spoke to the children on their level there was just nothing out there. I was ordering titles from the US which cost a fortune in shipping and we do have cultural differences.

“It was a lot more difficult for the children to go through it on their own and no-one wants to talk about suicide, ever. 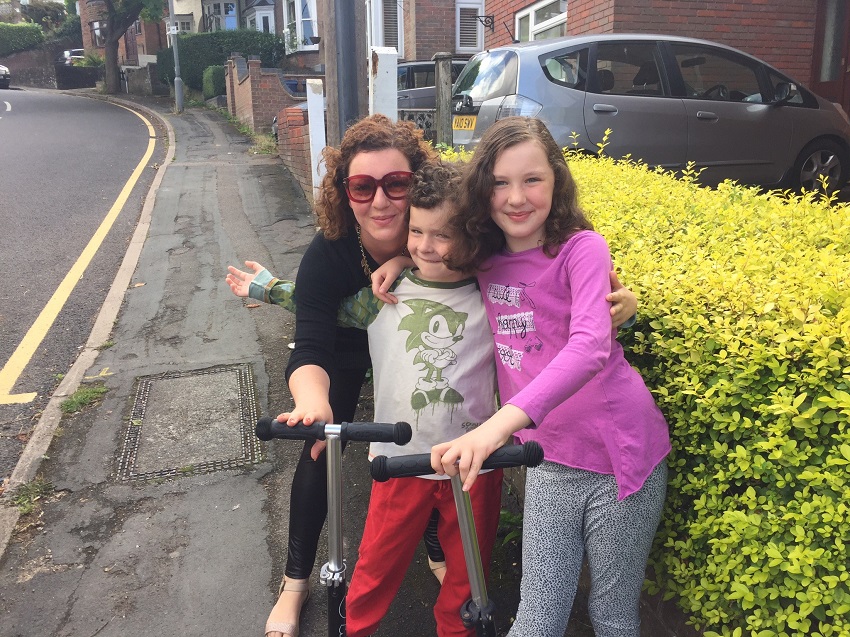 “It’s this hidden subject and they’d go to school and mention it at school and I’d get a phone call from the teacher saying ‘this child that they’ve spoken to is now really traumatised, can you ask them not to mention it?’

“And I’d be like, their kid is traumatised? They didn’t have an outlet other than child bereavement groups that were specifically about grief and everyone is mixed together.

“As the kids got older, I said we should write about this for other children and really help them.

“And it’s taken a long time and been done really gradually, but I’m just hoping it will be a useful tool for people with children in similar positions.”

Mia also hopes the book and how her family has coped with Damon’s shock death can help the many people who suffered bereavements during COVID-19, including students at Middlesex University.

“Things like this don’t have to break you,” she added.

“For children, it’s a horrible thing but there are ways to manage the grief and stress and support each other.

“And that’s such a powerful message especially considering the lockdown and COVID-19 when so many people would have lost loved ones.”

The book – Everything Changed – can be purchased online.

Find out more about studying Forensic Psychology at Middlesex University.