“I’m thrilled to have made Deceit. Post #metoo it feels like we are in this moment of cultural reappraisal and I wanted to examine how 'Lizzie James' was treated and ultimately vilified": BA and PhD alumna Emilia di Girolamo 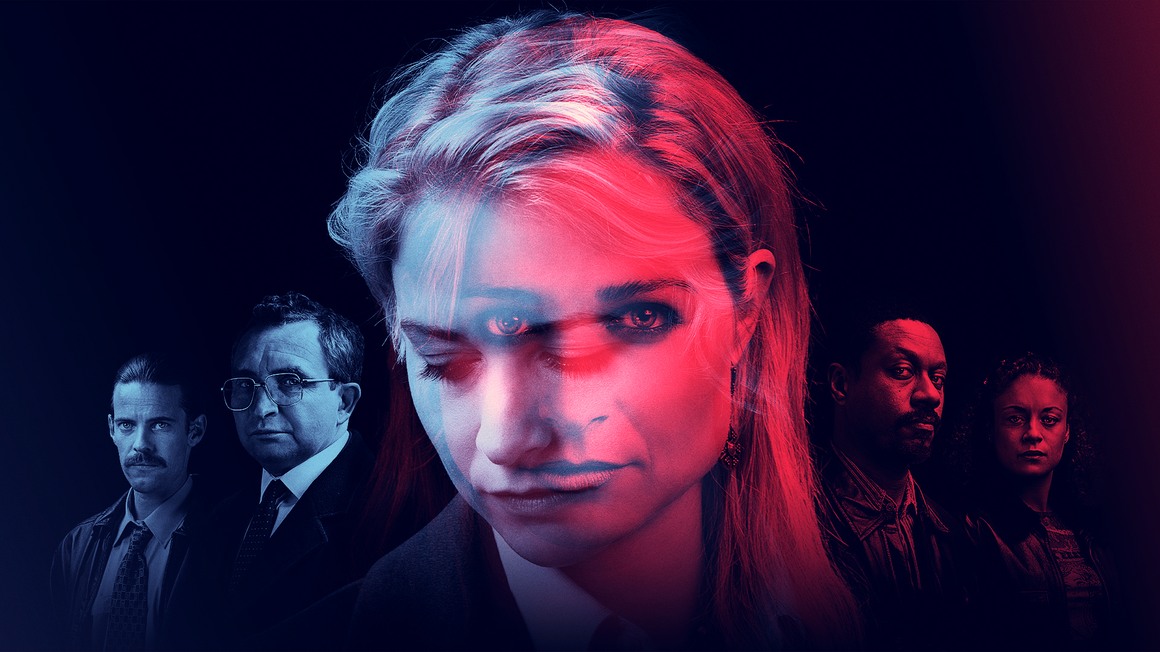 A MDX alumna is the writer and executive producer of Channel 4 true crime drama Deceit, about the botched police investigation into the murder of Rachel Nickell on Wimbledon Common in 1992.

Emilia di Girolamo studied BA Performing Arts from 1990-1993. She then moved on to a PhD examining the use of drama-based rehabilitative techniques, which she based on her work at the time with offenders in custody.

Four part series Deceit tells the story of the honey-trap operation to ensnare prime suspect Colin Stagg, from the perspective of undercover officer Sadie Byrne (not her real name as her identity is legally protected). Byrne, played by Niamh Algar, forms a relationship with loner Stagg (Sion Daniel Young) by writing him explicit letters as ‘Lizzie James’ under the guidance of psychology professor Paul Britton (Eddie Marsan).

She’s encouraged to keep pushing further with descriptions of violent sexual fantasies and a bizarre Satanist backstory to get Stagg to implicate himself – but charges against Stagg are dropped when the case reaches court, with presiding judge Mr Justice Ognall (Simon Kunz) condemning the honey-trap as "deceptive conduct of the grossest kind". 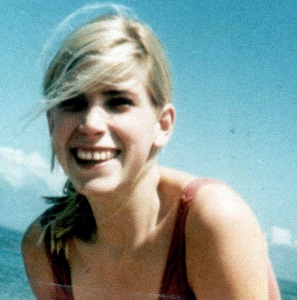 Eventually serial rapist Robert Napper – who murdered Samantha Bissett and her four year old daughter Jazmine while the police were still pursuing Stagg – confessed to the manslaughter of Rachel Nickell in 2008. The detective who posed as Lizzie James took early retirement in June 1998, traumatised by her role in the investigation.

Stagg co-operated with the programme-makers, Emilia’s co-producer David Nath revealed, to address misconceptions from the time of the case and tell the world he is an innocent man.

Guardian reviewer Lucy Mangan said the series is “magnificently and stylishly directed” and praised Niamh Algar for a “phenomenal performance layered with certainty and doubt as the officer’s aptitude is stretched to its limit on the most daunting of assignments”.

Emilia, who was about to go into her final year as an undergraduate at the time of Rachel Nickell’s murder, says: “I remember that sense of fear we felt as young women walking in London parks. It was a case that really affected me at the time and stayed with me”.

“I’m thrilled to have made Deceit” she says. “It’s not a typical British crime drama at all and prioritises a female point of view, asking important questions about undercover policing and how we treated female operatives in the past.

“Post #metoo it feels like we are in this moment of cultural reappraisal and I wanted to examine how Lizzie James was treated and ultimately vilified. It was also a chance to put the record straight for Colin Stagg. 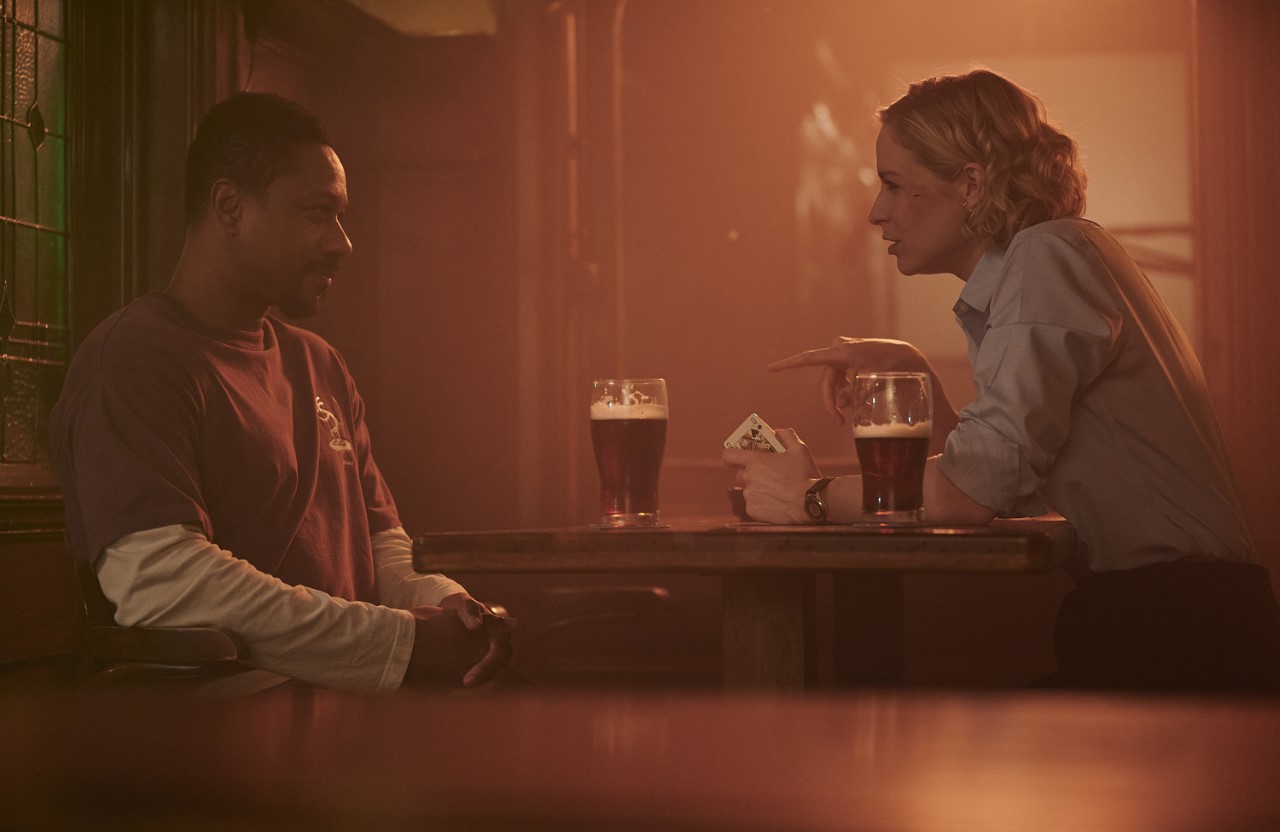 “Amazingly we made the show during the pandemic: one of the first productions to start up again after the industry stalled during lockdown. We open the series with a club scene, something we thought we would never be able to shoot but we found a way to do it safely. I’m sure it was the creative thinking I learned at MDX that helped me get through the trickiest part of the process.”

When Emilia had originally begun looking for a university drama course, after finishing secondary school in Aylesbury, she says the MDX Performing Arts BA “stood out by a mile. It felt like a drama school training coupled with the rigorous academic study of performance”. She wasn’t invited for an interview the first time she applied, but “knew there was no second best for me,” and was successful when she tried again the following year. 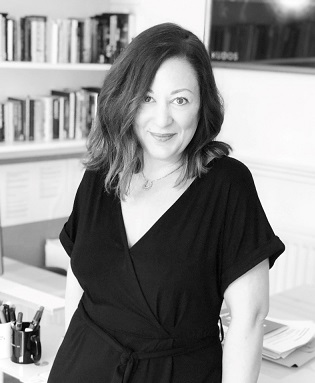 “It was everything I dreamed it would be, studying with incredibly creative and talented students and lecturers in a nurturing environment” she says. “I really gave it my all and focused firmly on achieving a First. That probably took me in a slightly more academic direction, focusing less on performance than I originally intended to.

“I hadn’t expected to enjoy academia quite so much. I always had a bit of an inferiority complex about my academic abilities but my tutors recognised an ability I didn’t know I had”.

The response of her drama tutor John Topping to the first play she ever wrote, in her second year, made her consider a career as a writer. She signed up to the Writing for Performance module led by lecturer and authority on Carnival, Ruth Thompsett, who became a mentor and an inspiration.

In her third year she worked as a research assistant on a play directed by then-MDX head of drama, former Bristol Old Vic artistic director Leon Rubin at the Ginza Saison Theatre in Tokyo: “an incredible experience [which] opened my eyes to a world of possibilities”.

After she gained her First, Leon asked Emilia if she had considered doing a PhD – “I hadn’t but his belief that I was capable of achieving a doctorate was infectious,” she says.

In the course of her work on this, theatre director and undergraduate contemporary Charlotte Conquest, who remembered her second year play, asked her to write a play for her – the production attracted lots of attention, and kickstarted Emilia’s writing career. She has gone on to work with a range of MDX alumni including Freema Ageyman and David Gyasi. She was previously showrunner on The Tunnel and Law & Order: UK and she is about to start shooting an eight-part detective drama in Montreal.

“I’ve carried the lessons I learned at MDX through life and I’m certain I wouldn’t have the career I have now without that strong, creative foundation and the dedicated lecturers that pushed me on to achieve” Emilia says. She would advise aspiring scriptwriters and producers to “never limit yourself or think anything is beyond you. MDX taught me that even the biggest dreams are attainable if you focus, work hard and believe in yourself”.

To find out more about studying Theatre Performance and Production at MDX, click here