Project for Master's programme "opened the door on a new world" for Mauritius-born artist and illustrator, Florian Grosset

A graduate of MDX's MA Children’s Book Illustration and Graphic Novels programme has won acclaim for her hard-hitting first graphic novel The Chagos Betrayal, telling the story of the Chagos islanders' eviction from the archipelago, mistreatment and fight to return. 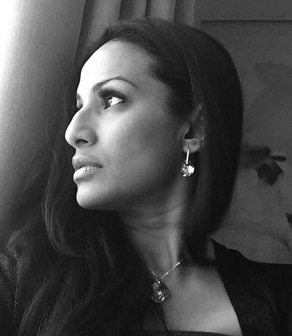 Florian Grosset grew up in Mauritius, where from a young age she was aware of displaced Chagossians, at first not understanding why they were treated differently. As a fine artist by training she has for a long time wanted to create a work about them - "a flame I wanted to take forward, but I couldn’t do a children’s book about it - too much harshness".

Her MDX tutors were enthusiastic about the idea, which she originally developed for her final year major project. After Florian tried to interest publishers in Mauritius without success, to her complete surprise visiting lecturer, book designer, writer and artist Woodrow Phoenix took it to publishers Myriad and put her on course for a book deal.

Coming fresh to graphic novels as a genre, Florian says the project "opened the door on a new world". The book is based on information she collected in the field, images she had seen with her own eyes, and books, court accounts and archive material. It is hand-drawn and painted in watercolour, with a few digitally-augmented images with multiple layers added on in Photoshop ("I'm old school, I'm not very much [into] digital", says Florian). The illustrations move from full colour to sepia to black and white to evoke the islanders’ brutal experiences and poor living conditions.

For the published version, she needed to bring in new developments to keep the narrative up to date - such as the International Court of Justice's 2019 ruling rejecting the UK's claim to the islands.

The book made a splash when it was published in June, with glowing reviews from the likes of Benjamin Zephaniah, who wrote that "it is impossible to read this book and not feel the injustice," and John Pilger, who called it "an extraordinarily moving, almost haunting and powerfully factual depiction of the atrocity committed against the people of the Chagos Islands by the British Government". Florian discussed her work at a PEN Literary Salon event at The London Book Fair with international lawyer and member of the legal counsel for Mauritius, Philippe Sands. 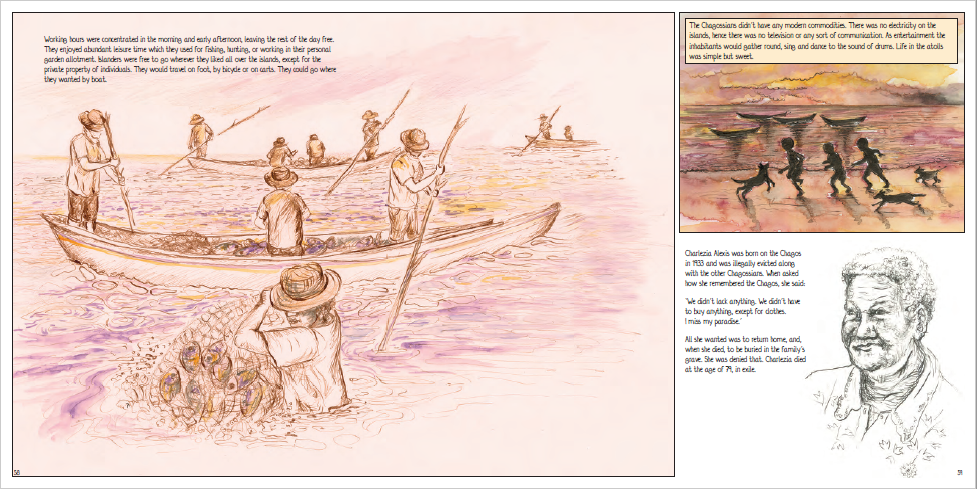 Having done a first degree in Visual Art and Communications, and worked as a graphic designer and artist, Florian chose to study the Master's at MDX out of a personal passion for children's book illustration. On the programme she met "amazing people, probably friends for life". She adds that she was constantly encouraged, helping her overcome a lack of confidence: "this is why having the right group of people makes all the difference".

She describes Programme Leader Martin Ursell as "so warm and so welcoming" from their first communication, making MDX her choice of university. She valued the way that in his teaching Woodrow Phoenix “says things so to the point that you have to grab it" and the fact Senior Lecturer Nancy Slomins “wouldn't beat around the bush, she would say things as they are - for me that's helpful".

For her next steps, there's the possibility of a French translation of The Chagos Betrayal, which would have a big potential audience in France as well as in Mauritius, and she thinks she may have more graphic books up her sleeve, including the idea for one on the subject of sexual harassment.

"Florian got tonnes out of the course" says Martin Ursell. "Beginning with much enthusiasm but shaky on confidence, she was eager to learn as much as possible. Through hard work, and by keeping an open mind she has produced and published a stunning and important book that could help right the injustice suffered by the Chagossian people".

"We deliberately do not categorise books on the MA programme. All the students work on all kinds of illustrated books and often their expertise turns out contrary to their expectations," Martin adds. He says Florian was a brilliant example of this since she threw herself into the project, finding her natural story-telling process as a result.

A  key feature of the programme for many students says Martin is the visit to the Bologna Children's Book Fair in the spring - returning next year as a physical event: "an absolute eye opener to the students and helps them realise how the world of children’s books and graphic novels works," says Martin.

Two other new books by MDX Children’s Book Illustration and Graphic Novels Master's graduates from the same cohort as Florian have colonial-linked themes. Janas Lau's children's book Where’s my next Home?, about an 8 year old boy from a family who have to keep moving around Hong Kong was published last year and shortlisted for the 2019 Cheltenham Illustration Award selection list and 2018/19 Clairvoyants International Illustration Competition. Ian Pentney's The Penang Pilot about a boy from the North-East who follows in the footsteps of his father to become a ship's pilot in the early 1900s will be published next year. In the following cohort, four of the eight graduates have books currently in the process of publication.