Students with a "can do and want to do... eco-entrepreneurial spirit" developed conservation education, men's mental health and LGBT equality projects

The MDX student team in youth enterprise and social action network Enactus UK’s national competition this year won a judges’ award, in recognition of the impact they created and their commitment building a team from the ground up.

Presenting an Overcoming Adversity Award, Sam Smith, director of Enactus UK and VP and MD of KellyOCG EMEA, described MDX’s entry, in a field of 64 universities, as “a team we believe has beaten all the odds... in a year that was incredibly hard for any team. Let alone a team that has started from scratch. We've been so impressed with the development of the fantastic committee and leadership team and cannot wait to see this team go on to bigger and better things". 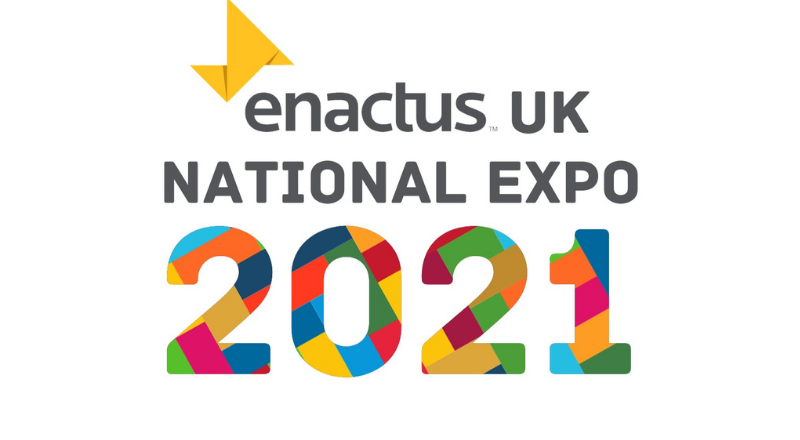 On Monday 23rd March, the five-strong team from MDX’s Enactus UK Society made a presentation on community projects they had been developing over the past 12 months, each linked to one or more of the UN Sustainable Development Goals. A 2019-20 team veteran, now a MDX alumna, returned as an adviser. Otherwise all of MDX’s team members were first time participants.

“Being product designers we're used to thinking out of the box” says Adam. “We’ve got projects together, done recruitment, and got the team together”. Students joined the Enactus Society through different routes – Navpreet Singh Kaur for instance was inspired by attending a green tech festival showcasing what companies are doing to achieve sustainability in their operations around the world.

Adam says that “when people think of [student] societies they see them as something to enjoy. Enactus is a lot more than that – people realise the benefits aren't just an event, they're changing people's lives”. 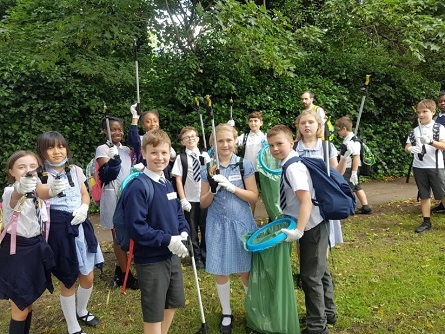 STEMtoSTEM –  a conservation and education programme with St Joseph’s Primary School in Hendon, designed to reconnect school pupils to a green space and pond area whilst raising awareness about climate change and the dangers of air pollution. Navpreet and teammates were particularly motivated by the tragic death of 9 year old South Londoner Ella Kissi-Debrah in which it was ruled in the coroner’s report air pollution was a significant contributory factor.

Navpreet interviewed retired headteacher Sister Anthony about the history of the school and the green space used by pupils which could be impacted by future property development. There were then Zoom meetings with Year 5 pupils and teachers to discuss how the Enactus team could raise understanding of ecosystem issues, leading to the development of interactive workshops.

The workshops involved pupils installing and using trail cameras to identify wildlife on school grounds; pupils using a sensor and solar powered backpack to measure air pollution in and around the school site; and a litter pick in Sunny Hill Park. Finally pupils watched female graduates in STEAM (Science, Technology, Engineering, Arts, Mathematics) subjects talk about their university experiences, to give them an understanding of possible career paths and opportunities in this field.

Navpreet hopes through the project to empower children to be environmentally and socially responsible activists who can make a difference to society, and to break down the gender stereotypes of what an engineer or scientist looks like.

Let's Go Brighter Together – a programme promoting LGBTQ+ equalities and rights in secondary schools, which has been awarded funding by Enactus UK.

The project was set up by Foundation Year BA Business Management Sade Jane Ineson and involves fellow Enactus team members going into schools to deliver workshops. Enactus Society Vice-President Andres Yousif-Romero, one of the speakers said: “This generation is a social media driven generation, a lot of comment goes online”, and explains the programme’s objectives are to show LGBT school students, “it's not just about how you fit into the community, it's about making sure you are given respect”.

The LADS Project – an initiative launched by Andres - a Royal Engineers reservist alongside studying Product Design at MDX - to normalise men talking about their mental health. In five weeks, Andres built up around 1000 followers on social media, he partnered with Amnesty UK and MDX’s Amnesty Society, appeared on a global mental health and wellbeing webinar and on the MDX-based Student Light podcast, and had interest in his work from media and mental health organisations. In the company of his brother, he walked with his army day sack more than 73km from Croydon to Brighton in a single day to raise money for the project. 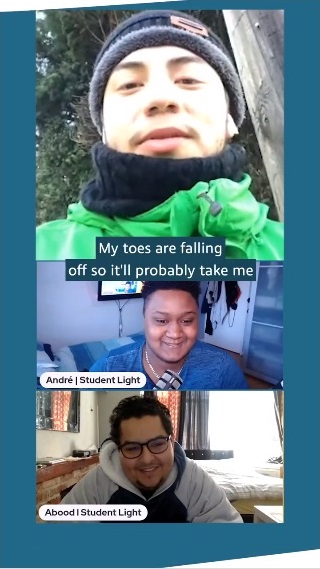 Andres faced his own mental health struggles in his first year at MDX. His interest in opening up about this and taking action over mental health was sparked from experiencing a death while working in security, and in particular from a conversation in a pub at the end of a particularly tough week. “I’m meant to be the classic lad so it’s weird for me to show this side,” he says. “Hearing other people's stories, it encourages [people suffering] to speak”.

MDX Enactus is also taking part in a national carbon literacy programme to educate students about carbon emissions, the impacts of climate change and what they can do as individuals and in their communities. Activities around this include building a model of a giant brain out of plastic bottles, filled up with LED lights that glow to highlight the different areas of the brain; recycling the university’s waste paper into a packaging product; and a bonsai cherry tree festooned with reusable cups.

Team members on the STEMtoSTEM project had outside mentors including from Bic and Enterprise Rent-a-Car, who helped them with techniques for presentations and more generally with building their confidence. A mentor from Amazon is also working with the Enactus MDX team.

MDX Enactus Society helped to programme 2021 Fairtrade Fortnight, in the last week of February and first week of March. They have taken forward ideas, discussed after a showing of documentary 2040 during the fortnight, about promoting sustainability on campus.

In addition to taking part in Enactus, Andres has found a sense of belonging at MDX playing rugby, at Hendon Rugby Club, in the army and for MDX men’s team. He has put his product design knowledge to use in 101 Engineer Regiment (Explosive Ordnance Disposal and Search), 8 Engineer Brigade, winning a silver medal in the Brigade’s 2020 Innovation competition.

Navpreet, who comes from a family with a strong tradition of educational self-improvement, swapped an earlier aspiration to become a chemical engineer for a focus on sustainable development and activism. She is a part time swimming instructor and is a member of No Sweat – a non-profit organisation that fights for the wellbeing and protection of sweatshop labourers. A placement she did at MDX’s design and innovation centre redLoop “ignited my passion for product design” she says. She sees education as crucial in the fight against climate change and social injustice.

Adam, a mature student, started out at 18 training as a musical theatre performer, and featured as a dancer for bands including Take That and in West End shows. He then went to work in sales, for brands such as Microsoft, Sony and Mercedes Benz, before the offer of a trainee engineering job made him decide to take the plunge and train as an engineer, finally pursuing an interest he'd had since childhood in making things.

MDX “stole my heart because of the access to facilities, and the way teachers spoke about the course was completely different to other unis” he says. He was a Student Voice leader then Student Learning Assistant and describes himself as someone “forever trying to motivate people to engage their curiosity and creativity”.

Enactus “is a community of people driven by certain things, who want to achieve certain things” he says. “There’s an eco-entrepreneurial spirit of ‘I can do things and want to do things’. We've got so much going on internally - we're running a business, we've got on-boarding processes and committees”.

The ambition is for MDX’s Enactus tradition to grow and grow – with the ultimate goal of winning millions in investment, on the scale of Enactus 2019 and 2020 World Cup winners Egypt’s success. For the 2021/22 Enactus team, Adam remains team leader and Andres VP engagement. Navpreet is now alumna mentor and Francesca is project leader.