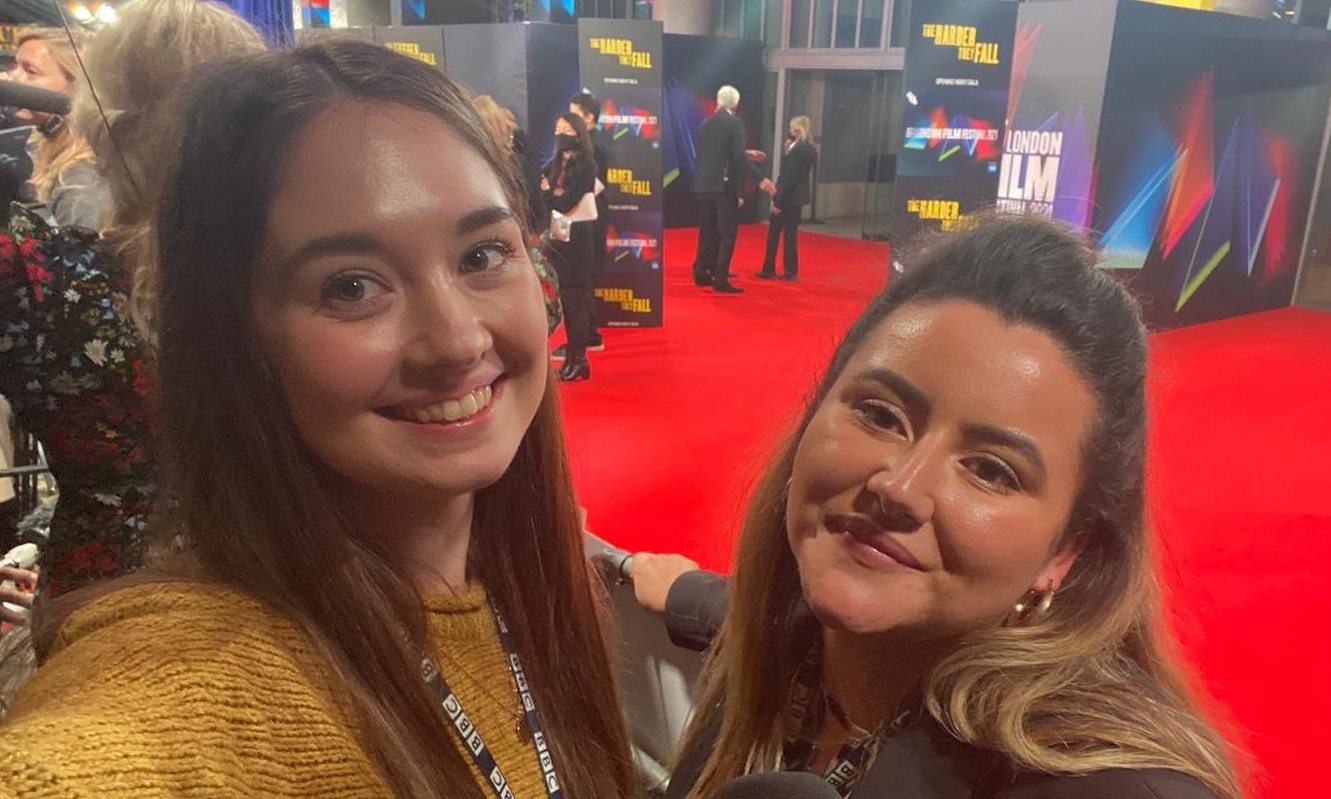 Recent MDX BA Journalism graduates Lauren Stanley and Ella Cotton are at the heart of the capital's conversations as producers of Eddie Nestor's mid-morning show on BBC Radio London.

Lauren, who graduated in 2018 and Ella in the 2020 cohort worked on Breakfast and Eddie's Drivetime show during the pandemic before moving over with the presenter to the 10am-2pm Monday-Thursday slot in September.

The pair's first few weeks coincided with huge news stories - the petrol crisis and the sentencing of Wayne Couzens. The pace hasn't slackened much since with David Amess's killing, Insulate Britain protests, the Budget and now COP26 topping bulletins. 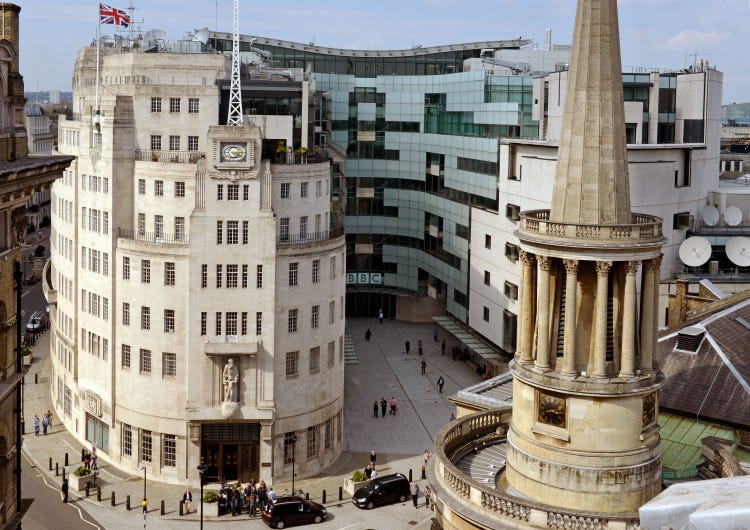 The show’s length and timeslot means different tasks to those involved in producing Breakfast and Drive programmes. These include original news gathering - finding engaging and heart-rending stories from callers and people engaging on social media, to revisit later and share across the BBC - and anticipating how debate on the subject of the day is going to evolve over the course of the four hours.

"That’s kind of the fun of it, because you have to listen out to what somebody’s said that’s going to be relevant to everybody that we can [then] play around with," explains Lauren.

Lauren has felt a shift over the pandemic from "taking a national story and Londonising it” to more dedicated cultivation of local stories such as the closure of Crystal Palace sports centre pools. Ella says a mixture of national themes and community focus works since London is "at the heart of quite a lot of bigger stories anyway…  I think that’s what I’m really enjoying about working in a newsroom like [this]".

Lauren grew up in St Albans, studied Media at school and wasn't sure originally if she wanted to go to university at all. While studying, she worked at her local newspaper and radio station and then did work experience at London Live where she “did a bit of everything”. 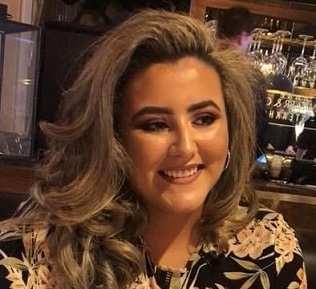 “I think the confidence grew when you’re in an editorial meeting and you had to pitch ideas. When I heard my stuff getting commissioned I felt a bit valued". Sharing offices with the Evening Standard, the Metro and Mail group titles she says she also benefited from seeing “different platforms of media and how they told the story differently". She says she’s currently relishing the work of a producer planning, doing background research and talking to guests, and is interested in future management as well as frontline roles.

Ella, who is from Islington, started doing drop-ins at the Camden Roundhouse’s youth-led radio station aged 14. She went on to do work experience at the Ham & High, Islington Gazette and The Observer, but remains particularly passionate about broadcast: "such a special way to tell stories".

"Growing up, I was always the quiet one," she says. “Even now, I’m still an introverted person I don’t think I’m ever going to be [genuinely] confident, but I can be to do my job". A few years ago, she went through a phase of emailing every member of staff on media outlets she wanted to work at, and "any sort of embarrassment I had went out the window, because I wanted to get experience. Once you put that fear of rejection [out of mind] – what’s the worst they’re going to do, say no? Or they’re going to give you some brilliant experience”.

After MDX she went on to do a Master's at prestigious City University, but says that "I could have all the degrees in the world; if I didn't have any sort of experience in the newsroom I wouldn't be in this job now”. Both Ella and Lauren initially did work experience at BBC London across TV and radio, leading to the jobs they are in now.

To prepare for the morning show, Lauren and Ella act as a sounding board for Eddie. "We have that access into younger people - we know the conversations happening in our friendship groups or WhatsApp goups," says Lauren. "Other members of the team are women in the generation above us who have daughters who are younger than us, so they’ve got two perspectives.

When women's safety was being debated in the wake of Couzens's sentencing, Lauren suggested "doing a segment from a nightclub - probably not at night-time - just hearing those younger voices who wouldn’t necessarily call in to the radio show, do they feel safe going out to a nightclub? What’s the situation with dating – do boys generally still go up to girls and chat them up or is that a thing of the past, it’s all online now?”

This level of conscious input about authentic experience, Ella suggests, gives BBC London a different flavour to rivals: "Eddie will say 'What was the conversation in your living room last night?'. That really is what London is talking about".

The pair have recently started taking clips of promising discussion from other shows. "So if Vanessa [Feltz] on the breakfast show has a really interesting conversation with her paper reviewer... we take the whole thing, and Eddie can say here’s [something] I heard earlier. And that often carries on that conversation". 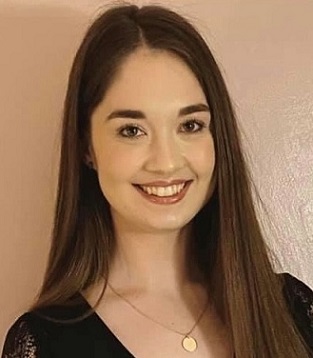 Ella says "this has shown I think the importance – it’s really clichéd, I’m sorry – of collaboration. It shows that as a station we're not just individual shows, we carry the conversation through”. Some of the “really entertaining, interesting parts of the show” are the on-air handovers, Lauren says, that show the presenters have a genuine relationship between them.

Lauren warmed to the heavily practical side of MDX Journalism all the way through the BA – such as the weekly news day in the third year, where students cycle through the roles of presenter, producer and studio director for different media formats. Instead of a dissertation, she wrote of a 5000 word critical reflection of a creative project and documentary she had made. She says familiarity with studio-standard equipment and software like Final Cut Pro on the course meant she hit the ground running in the professional environment.

Ella is grateful for the diversity of fellow students – “it was great to be an environment where you have a mixture of everyone and we all just learned from each other” - and the practical advice of academics like former BBC news correspondent Professor Kurt Barling, and Senior Lecturer and author of the Mediation of Financial Crises, Sophie Knowles.

“At the beginning I didn’t like picking up the phone and contacting strangers. I remember Kurt saying, you’ve got these ideas, you need to push yourself. As a journalist what are you going to do in your comfort zone the whole time? I always get that advice in my head now. I literally wouldn’t be able to do this job if I didn’t pick up the phone”.

Lauren adds it was a great benefit to have lecturers who were current or former media organisation employees, realistic about “days where there are just no stories” rather than sugar-coating the experience. Kurt’s best advice to her she says was “don't say you are a student journalist, say that you are a journalist, and act like you are. If you just say ‘I am a journalist, and I would like to interview you about this story’, it puts that professionalism into your work already”.