Sustainability is in MDX's lifeblood. Middlesex was one of the first universities in the UK to sign up to the UN Global Compact, committing it to contribute to and work towards fulfilling the 17 UN Sustainable Development Goals.

With the COP26 conference in its final stretch, below is a round-up of some of the recent and ongoing research across MDX focused on sustainability - be that sustainable industrial processes, lifestyle or communities. 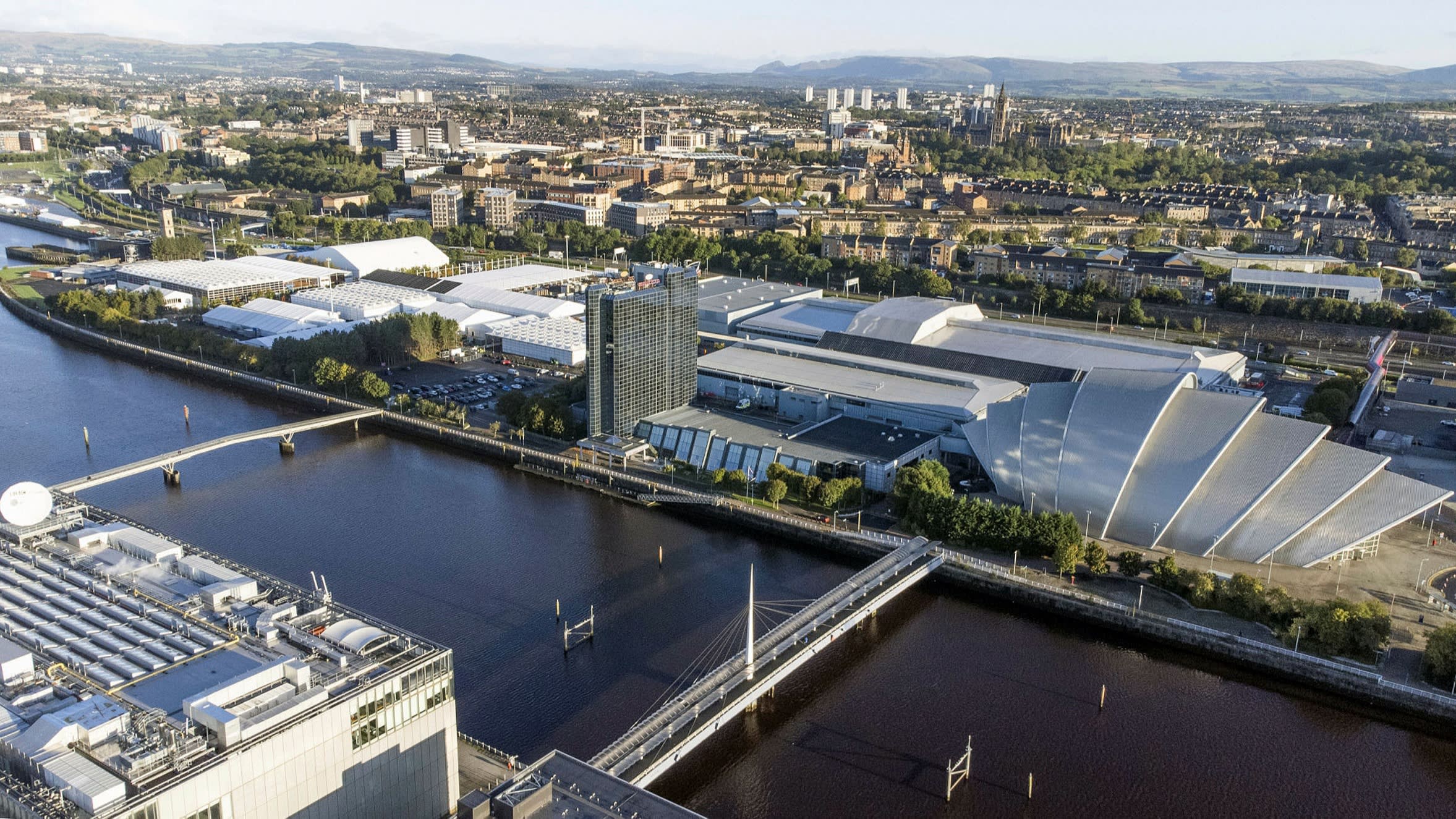 The project involves injecting strains of micro-organisms from a Network Rail site into soil columns and assessing the results – ie whether they fill up the gaps in the soil and the strength of the columns. Diane and colleagues are also looking at the potential of the micro-organisms to remediate polluted land, and as a further step want to examine a different kind of micro-organism that in addition to biocementation can sequester carbon.

Biocementation is more sustainable than current processes in several respects. The cement and concrete industry is one of the biggest producers of CO2, to the point where if it was a country it would be the third biggest emitter after China and the US. It is believed that using biocementation processes instead would produce 73-80% less CO2. While conventional cement production requires a large input of energy, bio​cementation avoids this by using organisms already in the soil.

Diane says the project is “an excellent example of collaboration between different institutions and application of research findings directly to industry, [and] an exciting cross-fertilisation between Natural Sciences and Civil Engineering disciplines to provide a sustainable solution to help mitigate climate change”. 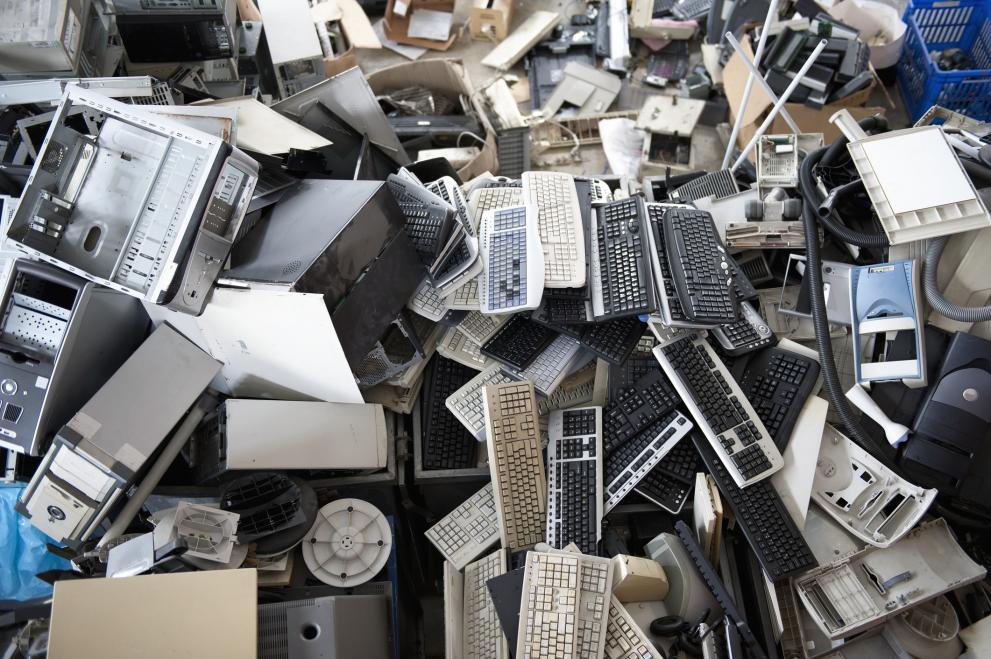 Electrical and electronic waste (“e-waste”) is the world’s fastest growing waste stream. 50 million tonnes of it are produced every year, due to increase to 75 million tonnes by 2030. Globally less than 20% of e-waste is formally recycled, with the remainder going to landfill or being riskily informally recycled in developing countries. Toxic compounds in e-waste pose a risk to the environment and human health.

Microbiology researcher and bioscience technician Alejandra Gonzalez Baez is looking at the process of "bioleaching" - using micro-organisms to break down e-waste and extract from it rare earth metals needed for lots of green technologies. Currently, the e-waste collected by UK industry is sent to smelting or chemical leaching for metal recovery - practices which are polluting and also require a lot of energy. By contrast bioleaching, Alejandra explains, "doesn't need high temperatures or high pressures, but we need to identify which micro-organisms can survive in toxic e-waste, and effectively leach the metals".

Alejandra and MDX colleagues including Diane Purchase, Hemda Garelick and Leonardo Pantoja-Munoz are examining how micro-organisms process e-waste, which factors affect this, and how to make best use of them to maximise the amount of rare earths extracted. The research addresses UN Sustainable Development Goal 12: Ensure sustainable consumption and production patterns.

A New Zealand company that uses both chemical and biological methods to reclaim metals from e-waste is reportedly setting up an operation in the UK, although still many British businesses in the waste processing sector haven’t heard of bioleaching. Alejandra's current study is due to be completed in 2024, after which she hopes to move on to looking at bioleaching on a "larger, and perhaps industrial" scale. 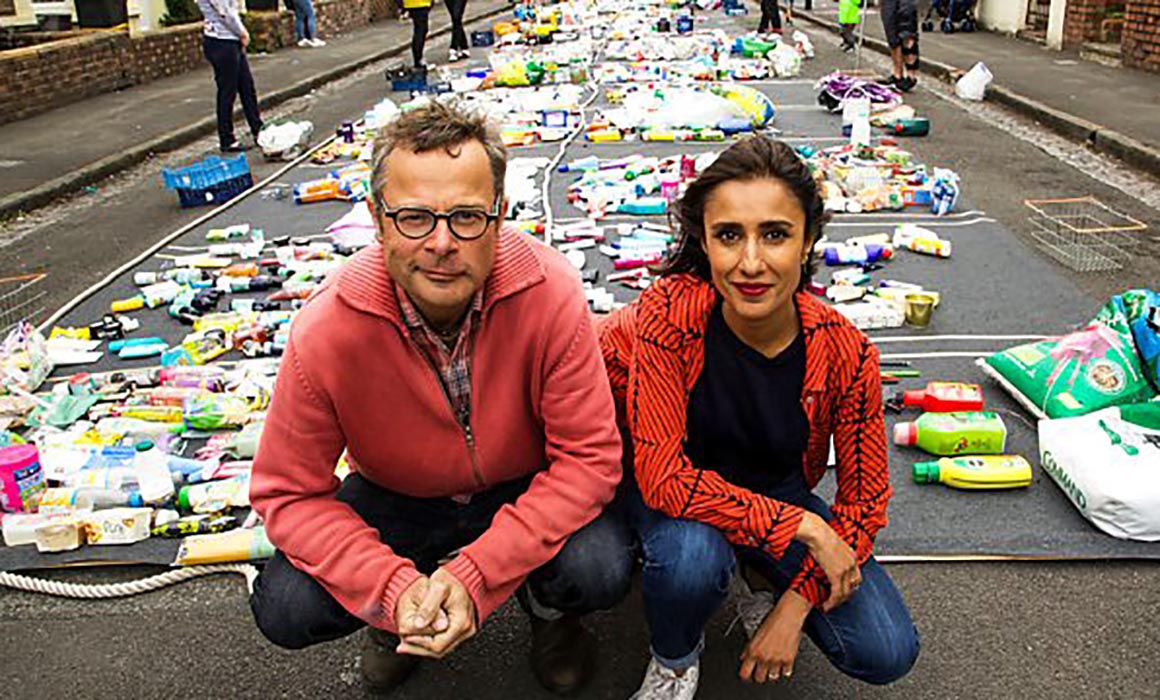 From 2015, a MDX research team including Leonardo Pantoja Munoz, Hemda Garelick, Alejandra Gonzalez Baez and Deena McKinney examined the flushability of wet wipes which had become very popular. They used new analytical tools to determine that plastic was indeed present in some flushable wipes and in all non-flushable ones.

Commenting on the study, Leonardo said: “Our paper came out at exactly the right moment. David Attenborough’s Blue Planet showed the devastating effects that plastic could have on the environment if it is not disposed of properly and suddenly the public, the government and other political parties were, finally, beginning to talk about tackling this issue.

“Our research is conclusive. Wet wipes contain plastic and should not be flushed down the toilet. Even the ones that say they are bio-degradable do not disintegrate in time to prevent sewers from blocking. Don’t flush – remember the simple three P rule. Toilets are for paper, pee and poo.”

The research caught the attention of presenter and environmentalist Anita Rani, who spent a day with the team in the lab analysing different wet wipe samples (flushable and non-flushable) to assess their plastic content. This featured on the BBC series War on Plastic presented by Anita and Hugh Fearnley-Whittingstall.

Today, the team is continuing their research on microplastics and nanoplastics in common products and the health implications. The study is at the final stages of peer review.

MDX’s Dr Cathal Doyle has published books, chapters, articles and reports on indigenous peoples’ rights and served as a technical expert for the UN Special Rapporteur on the rights of indigenous peoples. He is a founding member of the European Network on Indigenous Peoples and on the board of Forest Peoples Programme and the International Work Group for Indigenous Affairs. 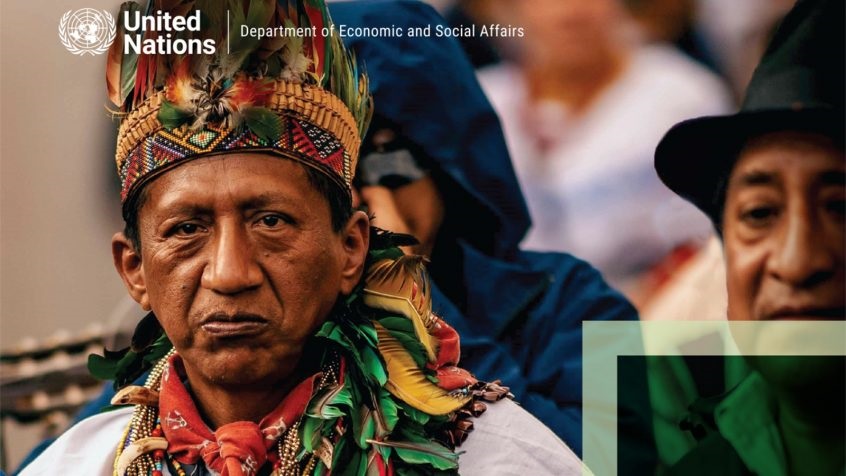 His March 2021 analysis for the UN Department of Economic and Social Affairs’ fifth biennial State of the World’s Indigenous People warned that indigenous tribes around the world will continue to disappear as development is imposed in their lands with “devastating consequences”. He argues that the challenges “remain enormous” for indigenous peoples to realise their internationally recognised rights to land, territories and resources, as most governments turn a blind eye.

Dr Doyle believes that “indigenous people face extinction and cultural annihilation because of the way these development activities are imposed on them, destroying their land and way of life. This is compounded by an alarming rate of killings and criminalisation of indigenous leaders that undermines their governing structures and seeks to silence their communities and lay the path for their elimination.” 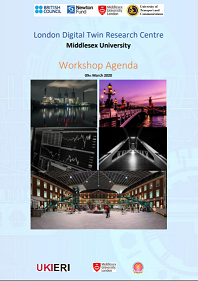 As home of the London Digital Twin Research Centre (LDTRC), MDX is a hub for the emerging technology of Digital Twin (DT), which reproduces each element and process of a physical system in a digital counterpart. A collaborative project with the Indian Institute of IT, Sri City, creating DT models of automation, monitoring and maintenance processes in 'smart factories', has sustainability as one of its Key Performance Indicators.

One case the research team looked at was making much more efficient the production line of an Indian tea bag manufacturer, cutting down on energy usage and emissions. Another LDTRC collaborative project, to develop Digital Twins for major Vietnam bridges' structural health monitoring systems, is a means to achieve better fault detection, maintenance and traffic management, reduce repair time and limit air pollution.

Senior MDX academics including Academic Dean of the Faculty of Science and Technology Professor Balbir Barn and Dr Sally Priest of the Flood Hazard Research Centre are currently building an information management roadmap for an environmental DT, working out what factors would need consideration in a holistic definition of Net Zero and sustainability, and how such an environmental DT might work.

Glen Smith at the Flood Hazard Research Centre (FHRC) is working with head of the Centre Dr Sally Priest and Belgian, French and Finnish partners on the Economic and Social Research Council-funded SOLARIS project, looking at the extent to which climate change adaptation efforts take into account social inequalities. The project, scheduled to run until November 2023, will compare two areas of England, using socio-economic data backed up with interviews, to explore inequalities around the ability to respond to and recover from flooding.

The FHRC, which specialises in the interaction of humans and the environment, produces industry-standard manuals for England and Wales on the benefits of flood risk management. FHRC staff are also currently engaged on research into flooding risk communication via civil defence authorities, and evaluating flood defences.

A research team from MDX's Centre for Enterprise and Economic Development Research (CEEDR) has been exploring the development of alternative forms of enterprise and investment as a means of tackling climate change and biodiversity loss. The MDX team of Professor Fergus Lyon, Patrick Elf, Theresia Harrer, Dr Robyn Owen and Dr Ian Vickers forms part of a consortium for the ESRC Centre for the Understanding of Sustainable Prosperity.

The team are looking at how entrepreneurs are developing new forms of business governance centring on social and environmental goals, and how they can be supported. Their research is published in top academic journals, and the findings shared in other ways such as free online courses on Upcycling for social change. For a project culminating last summer, MDX's Dr Andrea Werner, Patrick Elf, Fergus Lyon and Ian Vickers investigated creative and business practice in small or micro-businesses in the field of fashion design as a potential driver towards a more sustainable future.

Other work on sustainability includes:

Deputy Vice-Chancellor and Provost Professor Sean Wellington says: "As the eyes of the world are on the COP negotiations in Glasgow, it is good to reflect on the huge and varied roles of universities in approaches to tackling climate change, and the extent to which today's students are part of the solution.

"At Middlesex, we believe that healthy lives and a sustainable environment are central to enhancing societal, organisational and personal achievements and wellbeing. We remain committed to the UN Principles for Responsible Management, and aim to build on our work aligned with the Sustainable Development Goals, which will become increasingly important over the next years".