"An extraordinary piece, it goes through a whole spectrum of shades and textures... I could look at it all day and see more" — acclaim for Lifetime, winner of the 2021 Cordis Prize 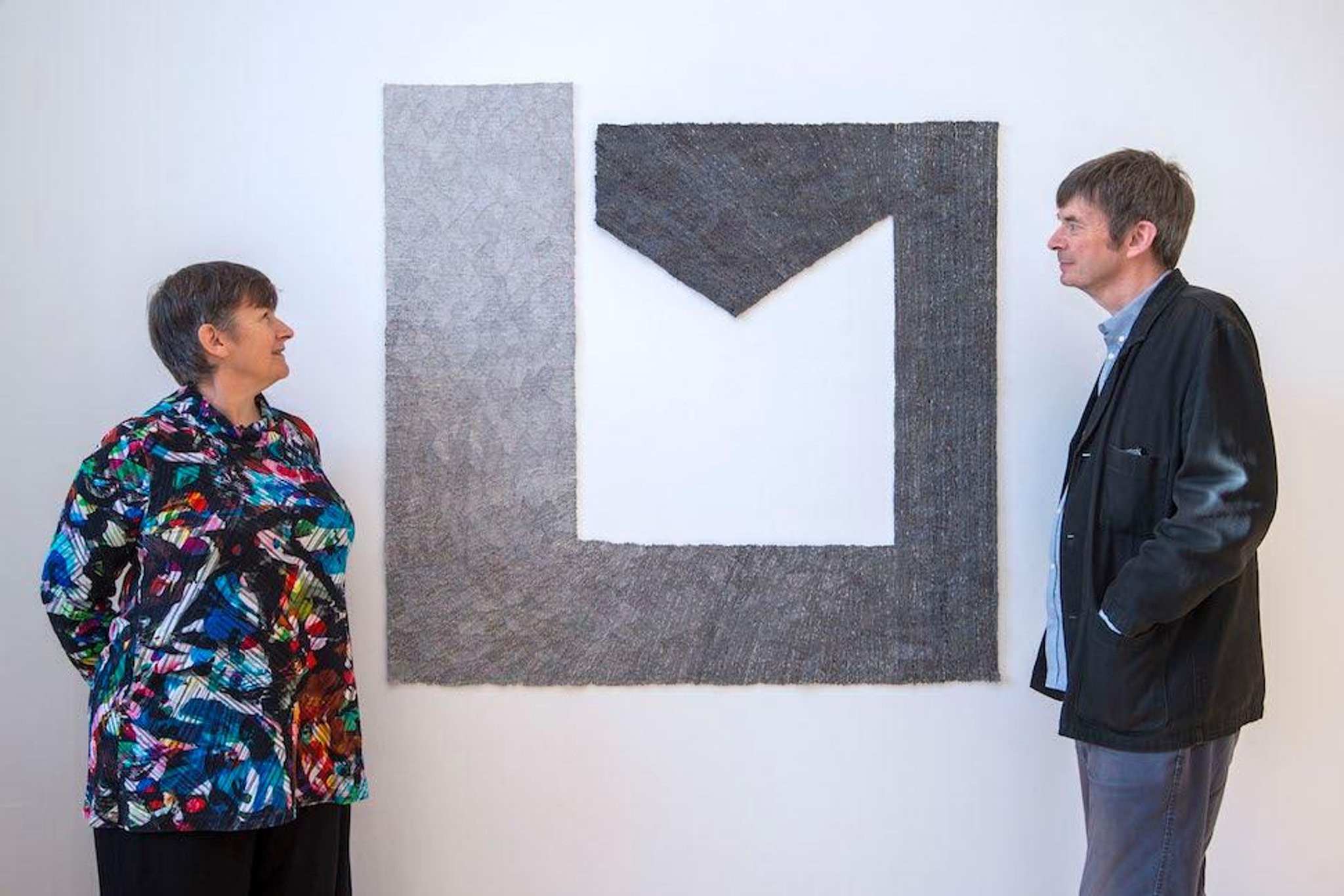 Louise Martin triumphed in the 2021 Cordis Prize, the world's largest award for tapestry, for Lifetime, which is based on a poem. She was also awarded the 2021 Kate Derum Award for Small Tapestries from the Australian Tapestry Workshop for a miniature work, A Forgotten Day Remembered.

The Cordis Prize was presented and an exhibition of Louise's and the other finalists' works held at Inverleith House Gallery in Edinburgh. Prize co-founder Miranda Harvey described Lifetime, made from silk, linen, cotton and paper warp and weft, as "an extraordinary piece".

"The two judges who are both incredibly experienced and talented tapestry artists themselves were fascinated by the technique of how was it made.

"It has a lot of paradoxical qualities. So it’s very soft. It’s very fragile. But it’s very rigid. It’s very hard. There are very tiny little incremental changes in it. And yet, it goes through a whole spectrum of shades and textures... I could look at it all day and see more".

Author Ian Rankin, the Prize's other founder, said, “You can tell it’s very, very well done. It might not be telling you a story, but it’s getting you to think or even just switch off thinking and just lose yourself in it... I’m always wondering what is in the middle here? What is left unsaid.”

"As a result, [A Forgotten Day Remembered] is subtle in colour and texture, strong in form and composition, embodying her sense of place" 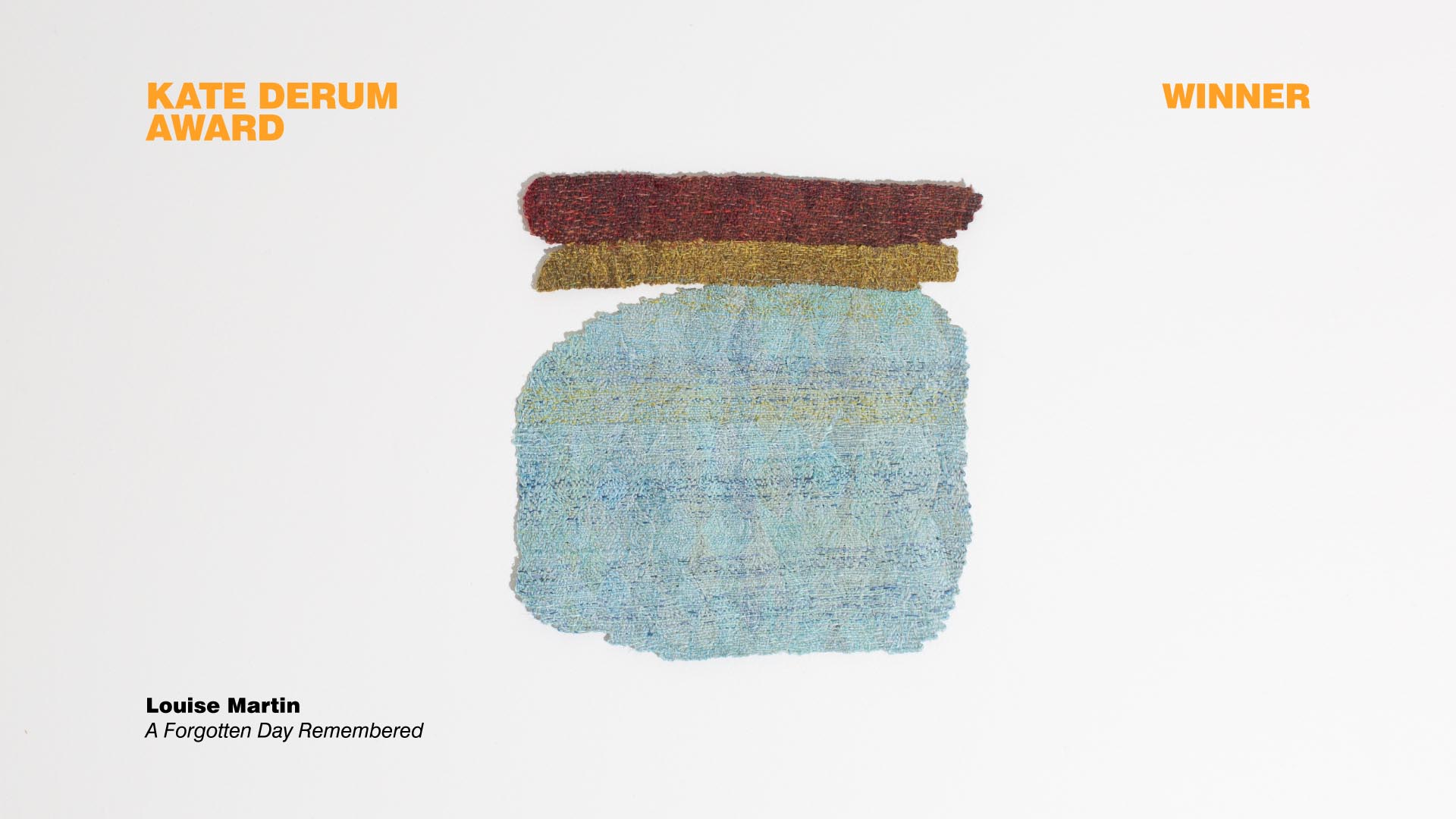 Louise completed an Art Foundation on the Isle of Man where she grew up before studying for a degree in Constructed Textiles at MDX. The MDX programme attracted her as it allowed students to explore the three techniques of knit, weave and tapestry, not requiring them to choose one immediately.

She says MDX gave her "a very firm base" in tapestry technique alongside a sense of freedom. It was her first time away from home and a great experience, she says - she bonded well with other students on her cohort, some of them at different life stages and much more developed in their artistic practice, and accomplished "a lot of hard work".

After graduating with First-class Honours, Louise went on to do a Masters at the University of Ulster, then in her early post-university years did some studio weaving and residencies in India, Egypt and Dumfries. She worked for a decade on the Stirling Castle Tapestries project, weaving tapestries based on the early 1500s Hunt of the Unicorn series in the Metropolitan Museum of New York collection, using medieval techniques.

In recent years, Louise has moved to Orkney, where she has renovated a croft and is creating a gallery and teaching space. "People are very, very good with their hands in Orkney," she says. "They understand something that's done well. It feels very separate from the rest of the country - it's a creative place for people who make, write and make music".

The technique she has used for both this year's winning works comes from "inside, in my gut... Instead of having one warp I'd have multiple warps, choosing which one I bring forward - I want the process to be interesting as well". Marking a radical departure from her previous customary "mathematical and logical" approach, it was inspired by a trip to Mongolia with a fellow weaver and her experience of the landscape, rather than of traditional crafts there.

"It was that freedom at the time, it made me realise that I'd stopped listening to myself," says Louise.

“Warps are picked up or rejected freely, with regular rhythm of under and over broken out of. Weft passes may be packed close or left open... Hard linen, fine silks and cottons, are all to be found in any warp and weft mix. Far from resulting in un-weaveable chaos, this technique extends the qualities of traditional tapestry".

On being awarded the Cordis Prize, she said: “I am delighted to see my work in Inverleith House. My work often begins with a reaction to landscapes around the world. This piece is more than usually biographical, it is a landscape of the heart.

"My thanks to the Cordis for its commitment to this wonderfully diverse medium, tapestry and for choosing Lifetime".