Walk and Talk for Your Life, based in East London, was developed as part of Nick's dissertation while studying Sport, Physical Activity and Exercise for Special Populations at Middlesex. His aim was to make exercise more enjoyable by making it social.

"I wasn’t expecting to actually change the way I lead my life which it has. It gave me confidence to start a dog walking business which has had a massive impact on me and my mental health." Walk and Talk participant 2021

In 2019 the former US marine and personal trainer recruited 48 older adults to test the concept, using grants from Waltham Forest Council, Big Local and UnLtd to rent community centre space and purchase strength training equipment including kettlebells and medicine balls.

Each group met for 90 minutes twice a week for a ten week period, with each session beginning with socialising, followed by stretching, strengthening and balance exercises. The group then walked for 30 minutes and concluded the sessions with discussion on topics related to wellness.

After ten weeks the participants, who had started as strangers, reported feeling less lonely with fewer depressive symptoms, they gained strength in their lower body and increased their walking speed.

Nick continued his Walk and Talk group after the initial ten weeks as a social enterprise.

Nick said: “The depression and anxiety are not so novel a finding as the loneliness is, that’s quite a unique finding because multiple studies over the last 30 years have demonstrated that group exercise interventions do not and somehow cannot reduce loneliness.

“Loneliness itself is really difficult to reduce and we were able to reduce it not only in a statistically significant way but also online. That has potential for bigger impact." 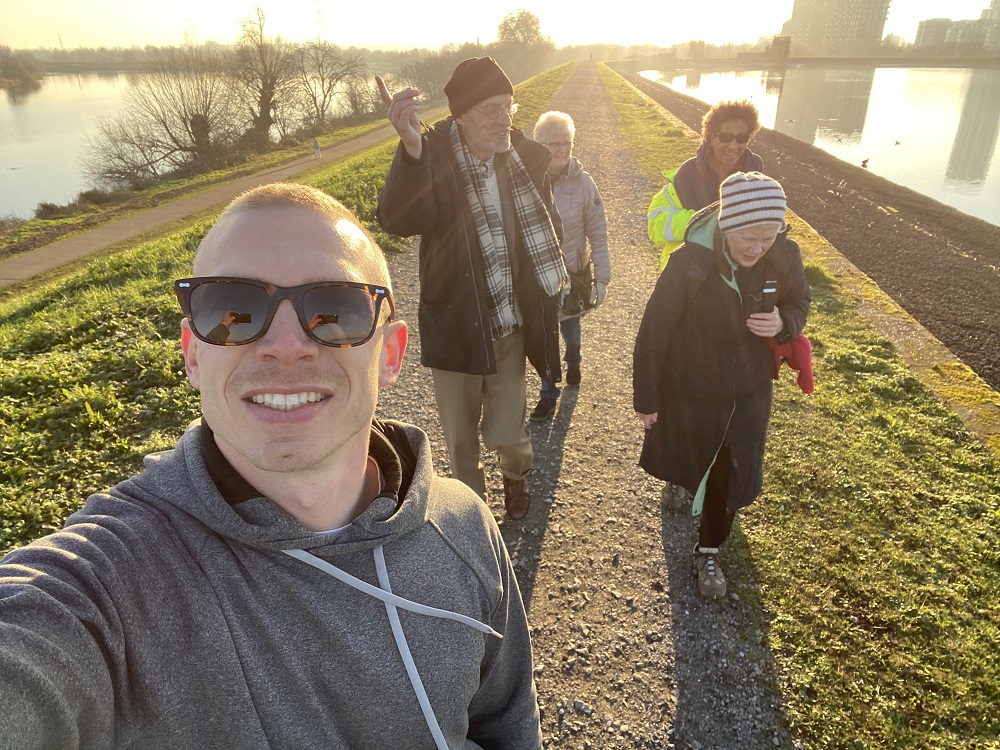 Nick advocates that the social element of his programmes is vital for a society in the midst of loneliness, mental health and physical health epidemics.

"Something drastically needs to change if we are to reduce the rates of depression, loneliness, anxiety and chronic disease, especially as the population grows older."

Nick admits that loneliness is a big problem that is tough to tackle because it does not 'just go away.'

“People initially come for the exercise, but they often come back realising how much they value the social discussion. The sneaky thing is that the exercise is an excuse to socialise but I am very specific about trying to get the most from the exercise because in order for people to become more active we need to make it fun and enjoyable and social.” 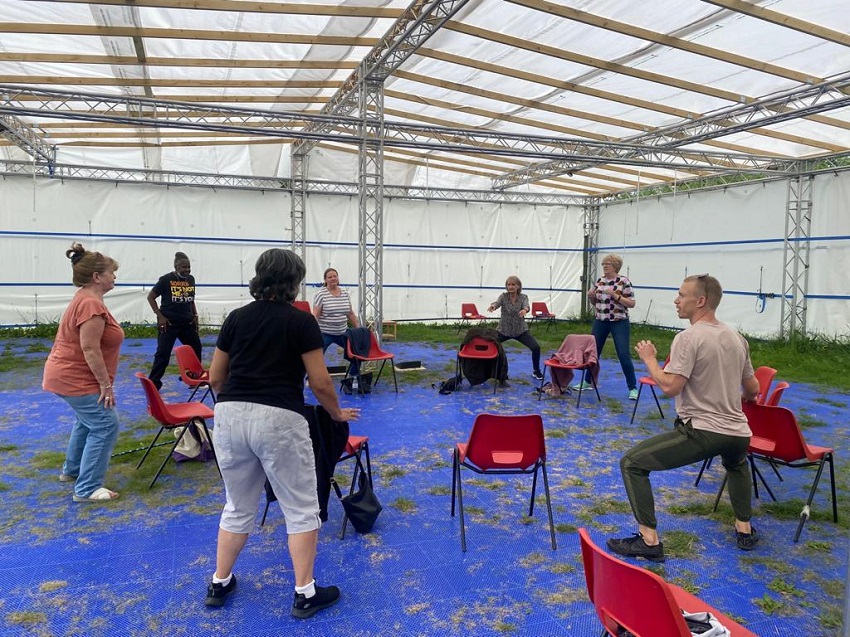 In addition to the Walk and Talk For Your Life programmes, Nick collected data from 350 older adults living in London - 70 per cent identified as lonely according to the De Jong Gierveld loneliness scale, ten times more prevalent than the national average.

Dr Tim Evans, Professor of Business and Political Economy was one of Nick's supervisors. He said: “Nick’s engagement, research and work are outstanding. He provides an exemplary example of what scholarly practice and entrepreneurship can achieve."

Feedback from the participants in the programme is overwhelmingly positive.

“If somebody had told me at the beginning of the programme the impact it would have on me - I wasn’t expecting to actually change the way I lead my life which it has. It gave me confidence to start a dog walking business which has had a massive impact on me and my mental health.”

“I am a lot more positive about the things that I can do, that I can get out and about. I feel a lot less old which is stupid but I was feeling an old lady.”

To find out more about the classes on offer, go to Walk and Talk | Social Group Exercise | London (walkandtalkcic.com)

Find out more about  studying Exercise and Physical Activity for Special Populations at Middlesex University.