The project, a collaboration with victim support charity Why me?, Barnet Mencap and arts training organisation Fixation Academy came about through the growing reputation of MDX's anti-discrimination Changing the Culture Initiative.

The students worked on educational campaign films about hate crime against those with learning disabilities or autism, and the restorative justice process, which is based in guided conversations in safe environments. This is used as part of the process of recovery and moving forward after being involved in conflict, crime or violence.

"The films are a real success and will continue to have huge impact" - Reshma Hirani, Hate Crime Reporting Co-ordinator at Barnet Mencap

The students, mainly in their second year with a first year editor, created packages about four scenarios - from criminals "cuckooing" in the home of someone with learning disabilities, to anti-social behaviour. They were filmed in June 2021 and have been presented at a range of events on restorative justice since they were launched at the end of last year. 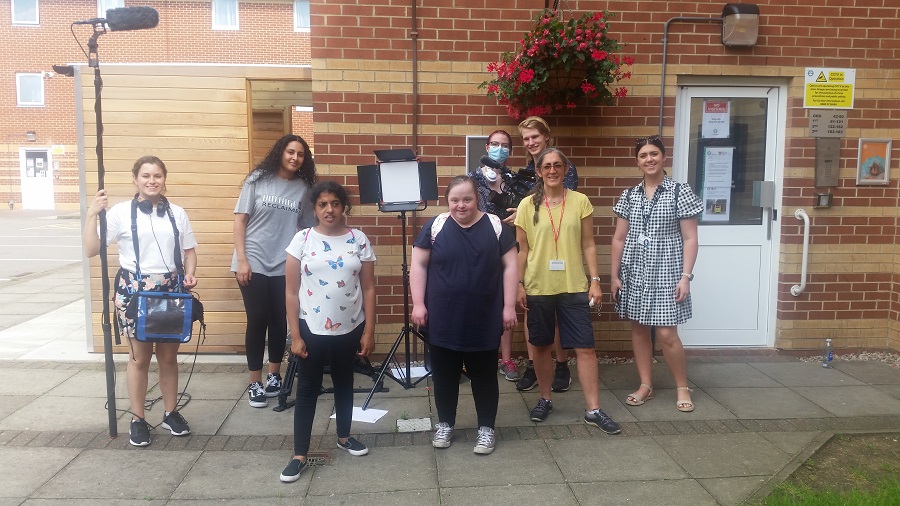 It was the students' first experience working with actors with learning disabilities and/or autism. There was invaluable learning for the students with wider applications, from co-designing the films with the performers to adjusting approaches to filmmaking, for example by drawing up easy-read schedules and making sure calm was maintained on set.

"We are really thrilled to have won this award," says Associate Professor in Film and Media Dr Helen Bendon, who led on the project with lecturer in Documentary Film Production Vesna Lukic. "Working on projects that have an impact in the area of social justice has been inspirational. We all had to learn something new in the process of making it."

"The project was a great way to probe collaborative filmmaking in a non-hierarchical setup," says Vesna Lukic. "A true and open sharing of ideas and skills, and a wonderful well-rounded learning experience!"

“I enjoyed every aspect of making this film," said Menhal Salah, now in her third year. "It helped me step outside my comfort zone, further develop my filmmaking skills, create new friendships as well as learn more about learning disabilities and how restorative justice helps those who have suffered from abuse.”

"It has been a real pleasure to work with such wonderful partners on this project," says Mark Smith, Restorative Justice Coordinator at Why me? "These films will make a real difference in how Restorative Justice might be used and accessed by those with Learning Disabilities and Autism." 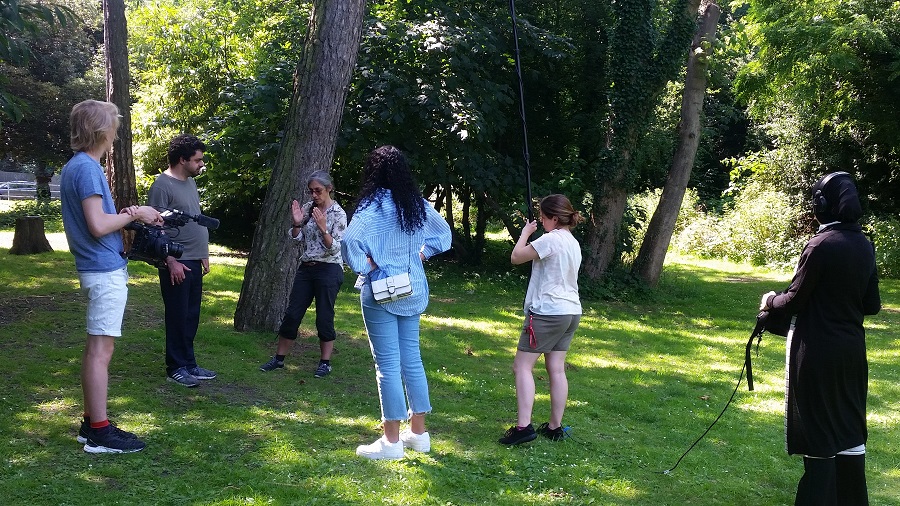 MDX Film department is currently working on other community projects, including education outreach for the Metropolitan Police. This follows a hard-hitting short film for the Violent Crime Prevention Board, and engagement in a recent event on violence against women and girls organised by Barnet Labour Group.

To find out about film courses at Middlesex, click here.