A public roundtable hosted by Middlesex University last week has been commended by Guilherme Canela, Chief of the Freedom of Expression and Safety of Journalists section for UNESCO.

While he couldn’t attend in person, Mr Canela was briefed on the project’s findings and sent a video message celebrating the research and its relevance in future policy developments and societal conversations about journalists’ safety and well-being.

The message comes as MDX Senior Lecturer in Journalism Dr Maja Simunjak presents at UNESCO’s Conference on the Safety of Journalists in Uruguay today (3 May) as part of their World Press Freedom Day celebrations.

"In 2020, the UK National Union of Journalists found half of all journalists experienced online abuse and 55% of those reported it having an impact on their mental health and wellbeing"- Dr Simunjak

Dr Simunjak will highlight the importance of building resilience in journalism as part of her Arts and Humanities Research Council funded study of emotional labour in modern journalism.

She will also travel to Wales, Scotland and Northern Ireland delivering practical workshops on building resilience in journalism to emerging media professionals.

Commenting on her study, Dr Simunjak said: “We now have enough research to show that online harassment of journalists is ubiquitous across journalism cultures. In 2020, the UK National Union of Journalists found half of all journalists experienced online abuse and 55% of those reported it having an impact on their mental health and wellbeing.

“The aim is to equip emerging journalists with skills to employ critical reflective practice in their work and in this way develop resilience which will help them perform and feel better in the workplace.”

The roundtable event, held on 29 April, focussed on journalists’ experiences of online abuse and ways in which the issues can be addressed. 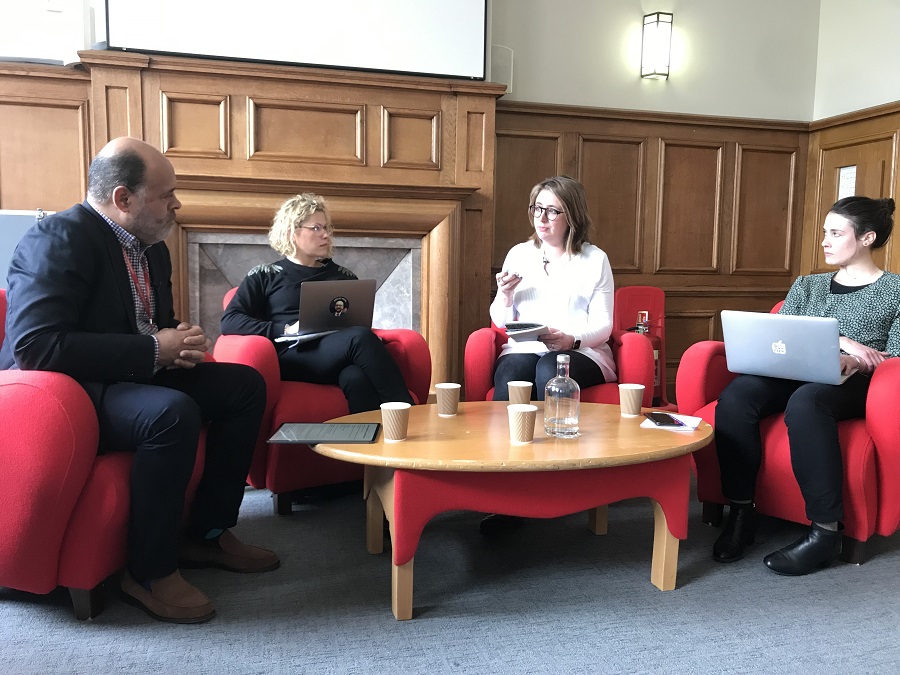 Ahead of the roundtable, an esteemed panel met featuring a dozen key stakeholders - including representatives of UNESCO, European Federation of Journalists, British National Union of Journalists, BBC, Reach, Rory Peck Trust, Centre for Media Monitoring, Society of Freelance Journalists, Headlines Network, as well as researchers from University of Amsterdam, Sheffield Hallam University and University of Lincoln - to discuss the best ways forward in safeguarding journalists' well-being.

Middlesex University was well represented with several academics from across the University participating in the discussions, including:

The research symposium was attended by more than 80 people who participated in discussions about insightful and timely research on emotional labour in diverse forms of media work.

To find out more about Creative Media and Journalism at MDX, click here