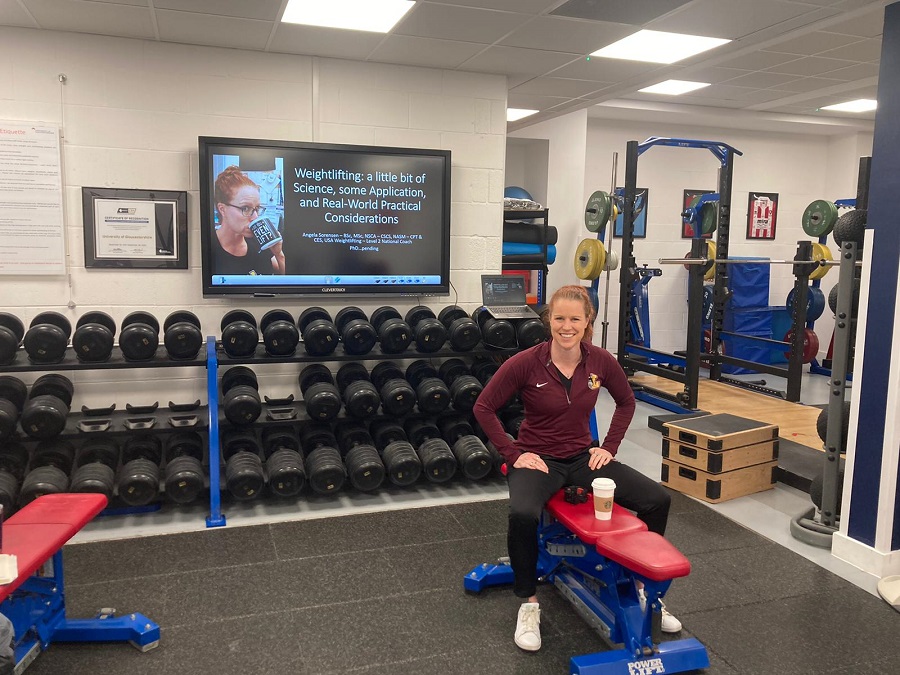 Middlesex University academic and PhD student Angela Sorensen started lifting weights at the age of 16, when the industry was dominated by men and the weight room was an intimidating place for many women.

She was studying towards a pre-med undergraduate degree at the University of Nebraska – Kearney and competing for the University’s track and field team when she realised that being in the weight room getting stronger for her events was something she wanted to help other people to do.

After graduating with a degree in Exercise Science in 2004, Angela moved to the Chicago area and was introduced to the sport of weightlifting. Since then, she has competed at a national level in both the USA and the UK and has turned her love of strength training into not just her hobby but her passion and profession as well.

“For me I find lifting weights a bit cathartic. If I am having a bad day I can go in, the weights are always going to be there. I have always thought it was cool to be strong. It physically helps me but it mentally helps me too, it is like my barbell therapy.” Middlesex University academic and PhD student Angela Sorensen

Angela said: “When I started strength training it was a place where I could stand out without being vocal about it.  When I became a strength coach, especially at the collegiate level in the US, I realised I had my work cut out because there was still a very negative culture for a lot of the female sports that lifting weights would make you bulky, big and slow.

“But when some of the athletes realised I was competing and yet I was still very athletic and lean, it served as a bit of representation that when women lift weights the opposite happens of what they think will occur.

“There is less stigma about female athletes lifting weights and many more women are going into coaching roles.” 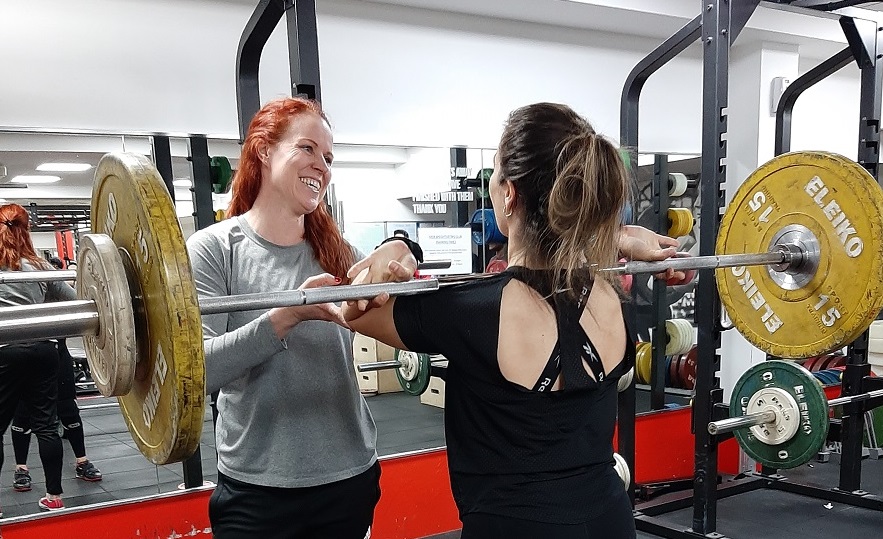 Angela, a former Director of Sports Performance at the Loyola University in Chicago, moved to London in 2017 for a Masters at MDX which led to a PhD in the kinetics and kinematics of weightlifting.

Once again she finds herself in a very male dominated area as one of very few female weightlifting researchers.

Angela said: “I just recently got my first publication from my PhD research and that feels like a big win in more ways than one.

“I am one of very few female weightlifting researchers - I can maybe only think of three who are published first authors.”

Angela’s desire to change the culture of lifting weights is apparent in her part time job as the strength and conditioning coach for the English National Ballet School, working with dancers aged 16-19 who are on the cusp of turning professional.

The role has seen her again having to challenge stereotypes about lifting weights and overcome the dancers’ resistance to becoming “bulky”.

Angela said: “It is crazy how seemingly dissimilar weightlifting and ballet are until you look at and analyse what ballet dancers have to do.

“The men have to lift a whole other person over their head - that’s very similar to me having to get a very heavy object from the floor over my head. The mechanics of each movement are obviously slightly different but the general idea is still the same; lifting overhead, being explosive and powerful.

“I am stronger than most of the boys at the ballet school which impresses some of them but over the past four years of being there has also maybe served as a bit of an inspiration for them. The girls can see I can lift heavy things but not look like a bodybuilder.”

The application of strength training and dance is fairly new as yoga and Pilates have always been considered to be a main staple in dancers’ supplementary training.

Angela says it has taken a long time to get every student on board with strength training and to realise that “the only way to be able to absorb the ground reaction force every time they land from a jump and to prevent injury is to get stronger.”

She added: “Now the tutors are very pro-strength training. These are dancers at the stage where they are just about to become professional. Strength training can help speed up development because if they can get stronger in the weight room, when they go in the studios, everything they do feels much easier.  It’s especially helpful for these students to be stronger when they start their pas de deux training, which is when they start learning how to lift their partners. Developing a base level of strength before they actually begin to learn to lift a partner overhead makes it much easier to adopt the skills necessary for doing that successfully.

“They are really buying in to it because they can see the difference - that is unbelievably satisfying to see when things just click for them, and I am so proud of them. I tell them thank you for trusting me.”

Angela says that anyone considering starting strength training should find a coach or a group to get started with.

“If the gym is already a scary place, it’s best to have someone help you navigate that space and find what works best for you,” she said.

“For me I find lifting weights a bit cathartic. If I am having a bad day I can go in, the weights are always going to be there. I have always thought it was cool to be strong. It physically helps me but it mentally helps me too, it is like my barbell therapy.”

Find out more about post-graduate study in Strength and Conditioning at Middlesex University.