With just days to go until the Birmingham 2022 Commonwealth Games kicks off, Shyam Chavda has high hopes for the English Weightlifting team 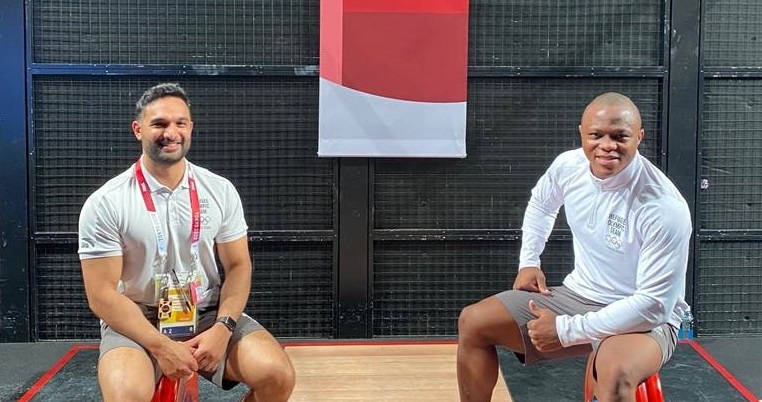 It will be a poignant occasion for the MDX Sports Technical Tutor as his protégé Cyrille Tchatchet II competes in the men’s 96kg weight category.

Eight years ago MDX alumnus Cyrille made a life-changing decision not to return to Cameroon after competing for his home country in the 2014 Commonwealth Games in Glasgow.

Not feeling it would be safe to go home, Cyrille lived rough on the streets and tackled depression and suicidal thoughts before turning his life around and starting a mental health nursing degree at MDX.

With Shyam’s help and guidance, the pair embarked on a lengthy battle to seek British citizenship for Cyrille.

Shyam said: “Sport is meant to be about equality and fair play and since seeking asylum, I wanted Cyrille to have the same opportunities as any high performing athlete”

“Nationally, we started having good success together, winning national titles and setting multiple British records, with his performances being of an international standard.”

“I wanted to get him representation on the international stage, starting with the 2018 Gold Coast Commonwealth Games, but because he didn’t have a passport he wasn’t eligible for any international competitions. Given that sport should be about inclusivity and opportunity, I felt there was injustice. Over the years, we had great support from the International Olympic Committee (IOC), British Weightlifting and the United Nations (UN) with the biggest breakthrough being in 2020-2021.”

Cyrille represented the Refugee Olympic Team in Tokyo 2020, with Shyam by his side.

Shyam said: “Cyrille was there because he deserved to be there. It was a great experience and good to see some familiar faces and hear other athletes stories from the Refugee Team.

“It was my number one career highlight. To go to the Olympic games as a coach is often considered the pinnacle of coaching in weightlifting. Only a small percentage of the coaching community would get the  opportunity to do that in their lifetime and I feel privileged to belong to that group.

“I have wanted to work in elite sport since the age of 16 so to live it out was amazing.”

Cyrille was also a flagbearer for the Games, which Shyam describes as a proud moment for all involved in his success, including all Cyrille’s MDX Weightlifting team mates who were cheering him on from home.

“It wasn’t until I came back and reflected on the experience that I realised what had been achieved,” he said.

“From not being able to compete at any international event, to finishing in the top 10 among the world’s best weightlifters at the Olympics is a testament to Cyrille’s hard work and commitment.” 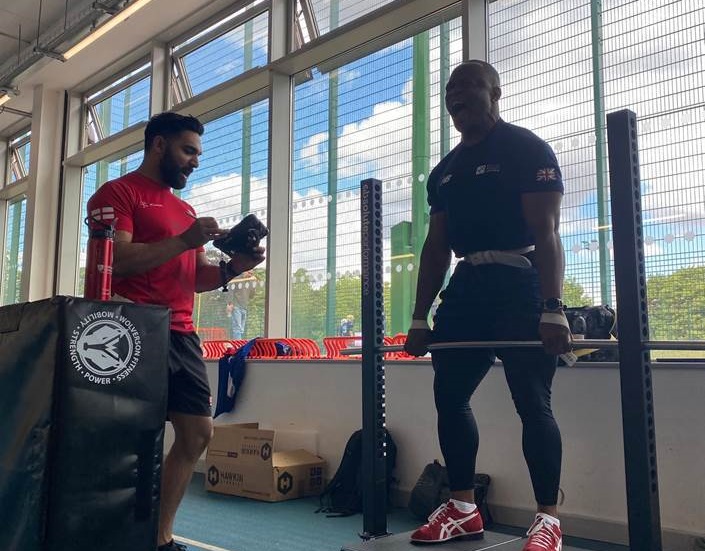 After their success, Shyam was advised to keep pushing to get Cyrille’s British nationality secured so that he was eligible to compete for Team England in the 2022 Commonwealth Games.

Shyam said: “It was relentless but we had to strike while the iron was hot and to keep pushing straight after Tokyo. We managed to get the paperwork through the home office in time so he could be eligible to compete for England.”

This news came in January this year.

Since then, Shyam has continued to coach Cyrille and oversee his programming in the run up to the Games, setting new national records in the process.

"We would love Cyrille to get a medal and I want the whole of Team England Weightlifting squad to do really well too," he said.

In addition to his teaching and coaching roles at MDX, Shyam is also Lead Performance Scientist at British Weightlifting.

He said: "It is a very cool role. I used to do a lot in their coach education side, then I got a role as a regional coach so would lead development squads, but my strengths we recognised with developing and utilising strength and power diagnostics to help inform training decisions.

"Now I go to training camps, collect physical performance data and feed this back to the athlete and performance manager, in preparation for the next major competition.”

Shyam, also an MDX alumnus, is now studying for a PhD in Performance Indicators within Weightlifting.

"Middlesex has a lot of associations with top athletes and it is a fantastic institution to be part of," he said.

On the news of his selection Cyrille, a mental health nurse, said: “It’s amazing to have qualified and been selected to represent England to compete in a sport that I have loved since the age of 14.

“Qualifying for the Commonwealth Games is such an achievement and I am looking forward to representing England for the first time.”

The 2022 Commonwealth Games start on 28 July and end on 8 August. Cyrille will be competing on Tuesday 2 August at 2pm.

To find out more about sport courses at MDX, click here.