Almost 40 years after graduating from MDX, artist Mark Houghton credits his experimental approach to his time at university.

“I’m endlessly fascinated with everything around me,” Mark said.

“How are things put together, what are they made of, and this provides a lot of inspiration. I am interested in finding alternative uses or interpretations for objects and materials, and don’t like to take things at face value. It comes back down to that questioning nature – what else can that something be or mean?”

Mark looks for aspects of life that would ordinarily be overlooked or go unnoticed and says he is drawn to "what would be termed the insignificant or irrelevant."

He said: "To then find and highlight significance and relevance within these starting points can be very gratifying, and means that where ever I am, or where ever I look I can find something interesting and potentially meaningful, which leads naturally to the use of found objects.

“In short my work is about trying to decipher and decode the visual complexity that surrounds us – a complexity not of our making.”

Mark has been a practising artist since graduating from MDX (Hornsey School of Art) in 1983. 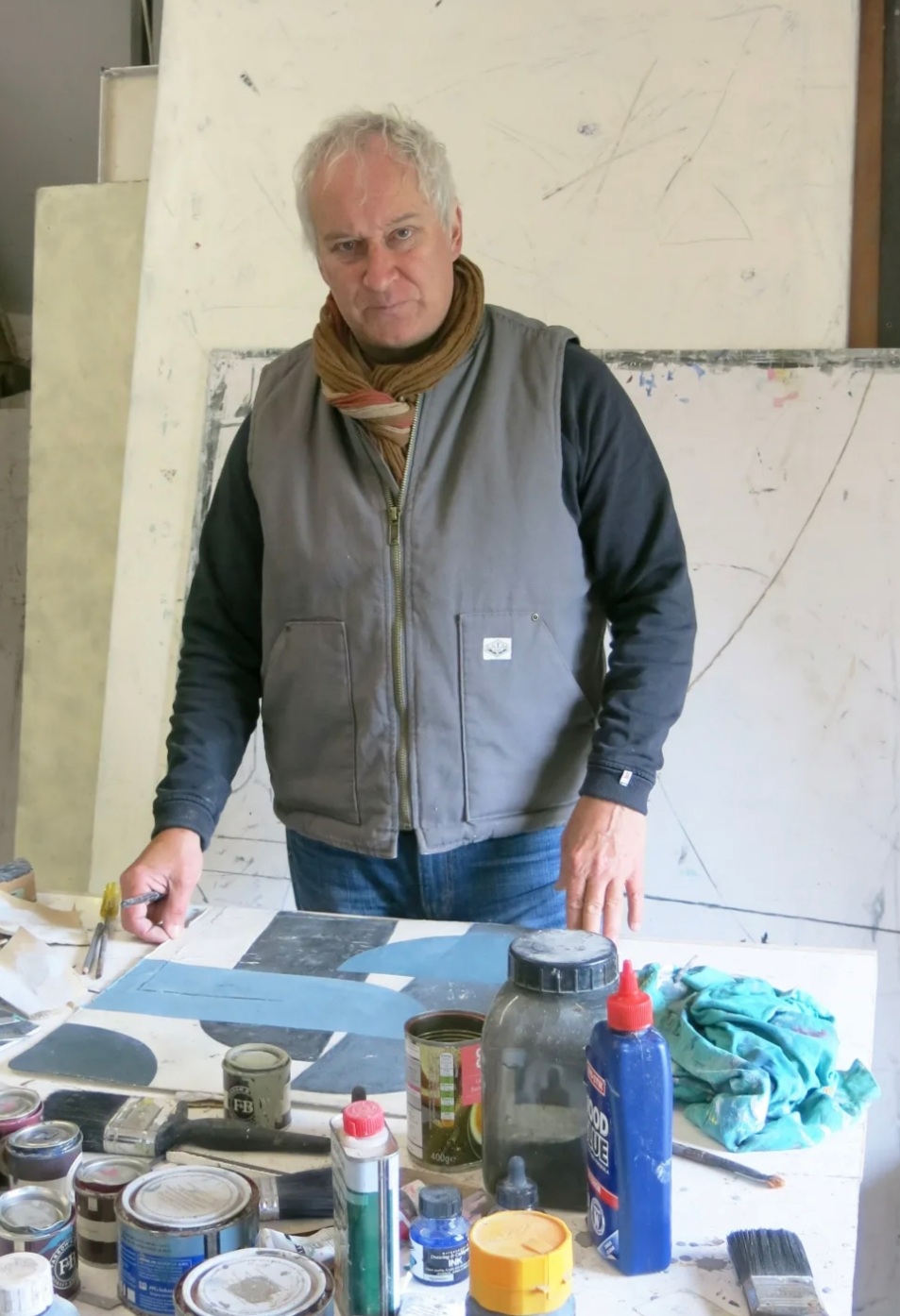 Hornsey was renowned for its experimental and progressive approach to art and design education, but achieved notoriety in May 1968 due to large scale student protests calling for a major consultative review of the art curriculum and the teaching methods of art education in Britain.

Mark said: “The revolt radically changed art education and paved the way for a more open ended model which threw emphasis on the individual student, and treated them more as an artist.

“This made you pragmatic, curious, and three different sets of advice from three different tutors on the same body of work, meant that you had to decide which way to go with the work, which again made you a stronger more decisive practitioner.”

Mark tries to incorporate these experiences in to his role at Hereford College of the Arts, where he has taught for 26 years.

His art has recently been recognised with a Wells Art Contemporary Award, an esteemed competition which this year received more than 3,400 submissions from 49 countries.

Mark’s installation, The Great Gates of Kiev, was awarded the JGM Gallery Prize and was featured on site at Wells Cathedral throughout August.

He said: “The installation is based on one of the first paintings I ever made while I was still a student and is intended to inspire viewers to come closer and investigate the work, almost to provide a destination.

“The Great Gates of Kiev act as a framing device, allowing the viewer to select which aspect of the cathedral they wish to temporarily isolate and frame, using the negative space of the openings within the work.

“I began making this piece before the current war in Ukraine had erupted. Obviously, this has gained added significance since formulating my initial intention, and the structure now inadvertently emulates the remnants of burned-outbuildings.

Mark said: “It was a great honour to be selected for a Wells award and the competition seems to increase each year. It is always a vital experience to witness a work in a different location.”

Mark’s career highlights include being featured in a world survey of mixed media sculpture and the book The Language of Mixed Media Sculpture by Jac Scott and being elected to the Royal Society of Sculptures.

In 2015 he was the lead artist and commissioned to create permanent public sculptures for David Wilson Homes in Ogmore by Sea.

For more information about art courses at MDX, click here.