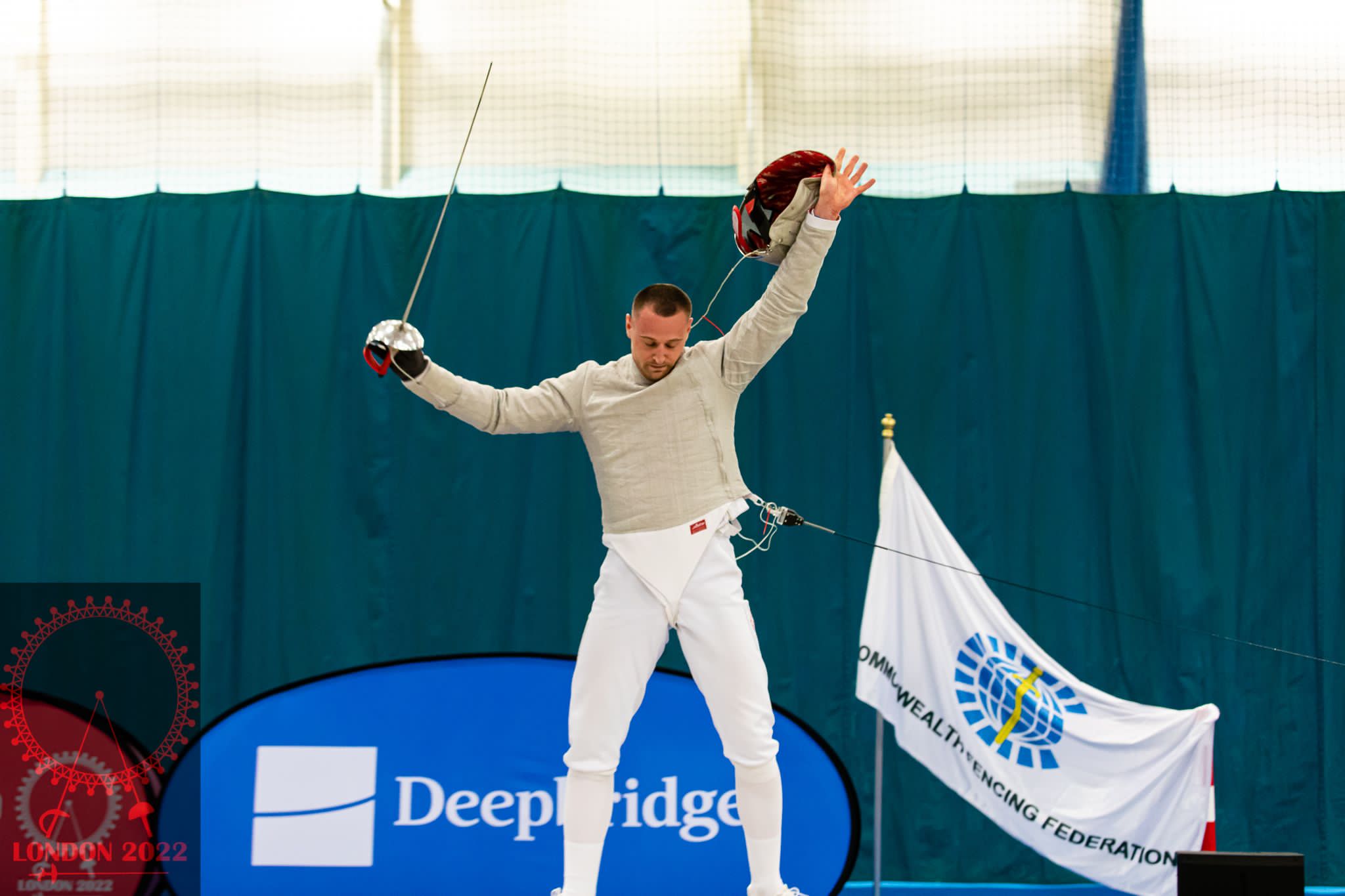 British Number Two ranked JJ, who has his sights set on fencing for Great Britain at the Paris Olympics, picked up gold medals in both the individual and team senior events last month after the hardest season of his career.

After five months of intensive rehabilitation following surgery after injury, JJ hit the ground running at the end of this season, finishing 14th at the European Championships, the best British result in his category.

In the Commonwealth Championships held at SportsDock, University of East London, he won 11 rounds in the individual event to be crowned champion.

JJ said: “It was a good day for me, I took each round as it came and round by round I was improving.

“In the final I was fencing one of my team-mates who is British Number 1. I have not beaten him in competition for a good few years now and managed to get the better of him which was a really good feeling.

“Two days later we won the team event too. It felt really good.”

The 26-year-old MDX Psychology student has been competing for GB since the age of 14 after being introduced to fencing by chance.

“It was a bit of a random opportunity, you don’t expect to see fencing lessons but it attracted my attention and I was drawn to it,” he said.

“I liked the idea of playing with swords and it was very quick, very fast paced, completely new and exciting and it was something that immediately caught my eye.”

JJ said that when he started to beat people it “fed my obsession.”

Within three years he was representing GB.

JJ said: “It was a big day for me - at the time it felt like I had been picked for the Olympics.

“It gave me a taste of what to expect and what was to come when I went up the age groups.

“I was hooked on fencing and very happy to put the time in to train.”

Having just missed out of qualification for Toyko 2020, Lockdown gave JJ time to assess what he wanted. 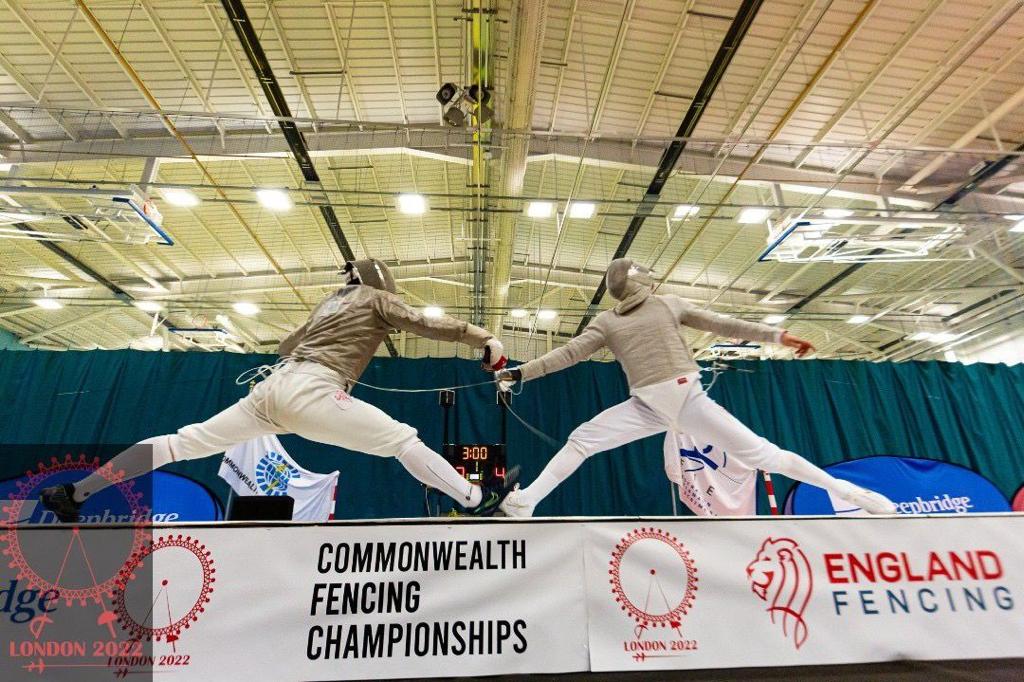 He said: “I looked at how I can best manage the Olympic cycle in the lead up to Paris.

“I decided that the fact that fencing felt like the be-all and end-all was putting extra pressure on my performance which was a decision that only a more mature version of myself could make.”

He applied to MDX as a mature student and was accepted on a scholarship programme.

“Our fencing national training centre is in Hendon and from my experience of working and training, I knew that having everything localised would be the least draining option for me,” JJ said.

“Now I am able to switch my focus within my day and I think it has made me that little bit fresher. The dips in my performance have lasted a bit less because I have not been dwelling on it so much. It’s also good to know that I have a good degree to fall back on.

It gives me something else to think about and I am really enjoying the course.”

Now JJ is looking towards the next Olympic cycle.

He said: “Competing at Paris would be my ultimate goal. That’s where I want to be in two years’ time.” 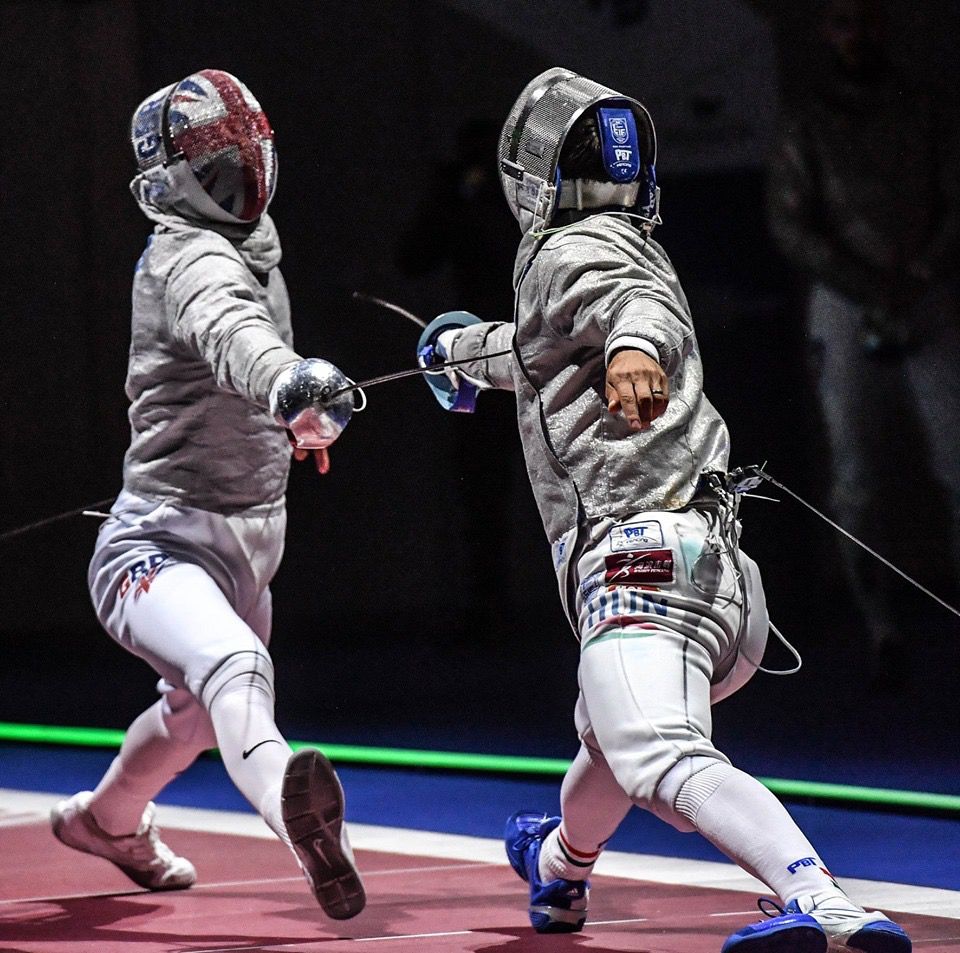 Olympios Gougoulias, a first year MDX economics student, was competing in the under 20 junior category for the last time.

Finishing at the top of the podium was especially satisfying after a niggling ankle injury hampered his early season.

Oympios said: “I have spent months training for this event and it is the highest level of competition that I have ever done.

“It was lovely to finish my junior career in that way.”

The 19-year-old was selected after reaching the top five for his age category in England.

Although Olympios has already competed for GB in senior events, he will now make the big jump up in age category.

“I want to give the seniors my whole focus,” he said.

“My junior season was good but I just need to work a bit harder because it is a jump up at international level.

The fencing is very different, they don't make anywhere near as many mistakes and technically the fencers are a lot better.” 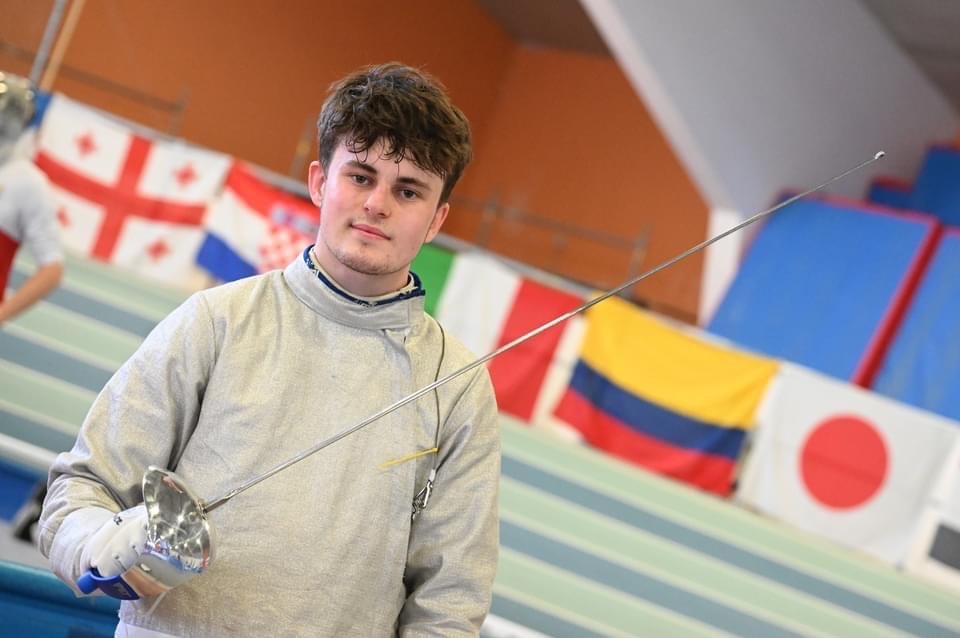 Olympios is aiming to get in to the top 12 of the senior rankings list, but knows that will not be easy.

“Hopefully I can take the opportunities, keep training hard and see what happens,” he said.

“It has been amazing to represent GB at every level so far so that's something that I want to continue doing.”

Olympios started fencing aged ten after being introduced to the sport at a nearby school.

He said: "I like the social part of it, people are good friends on the circuit. I also love the competitiveness, to be able to compete at the top end of any sport is such a thrill."

A scholarship student at MDX, Olympios trains five times a week, making use of the campus facilities and Leon Paul Fencing Centre in Hendon to help him progress.

He said: “MDX has really helped in terms of training, I have not had to make too many sacrifices because my training is so close, so if anything I am training more than I would be at home.

“It is better quality training, a lot of the top British fencers are at Leon so it's been really good for me.

“The MDX scholarship has been brilliant, obviously there's the financial help but more importantly it has been the support, having people there that I could speak to or if I ever needed help with changing deadlines.

“I've had access to physiotherapy all year too which has been great, it's a large network that you can rely on.” 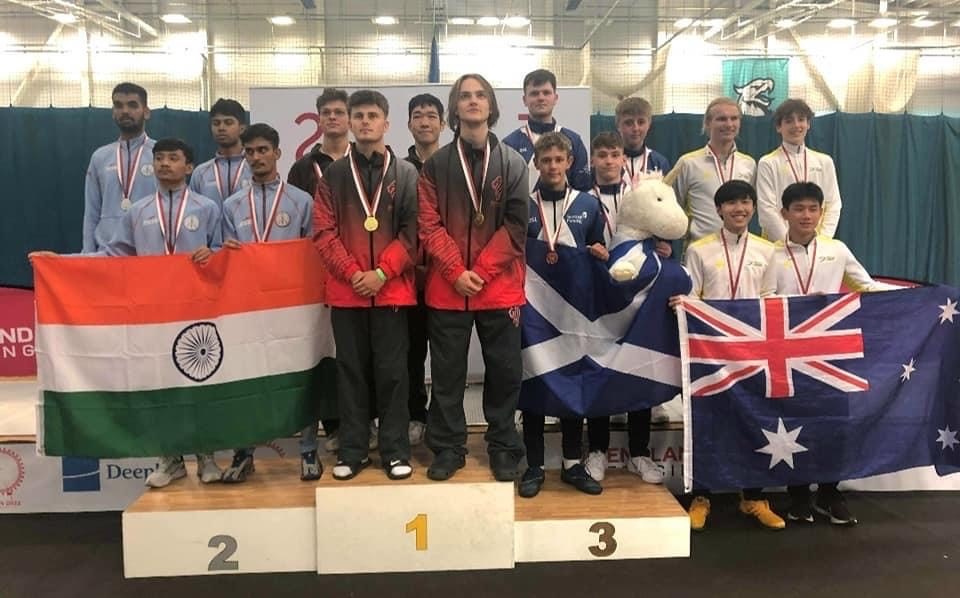 The fencing success tops off a bumper summer of sport for MDX with staff, students and alumni all competing at the highest level.

The Birmingham 2022 Commonwealth Games featured alumna Alice Tai who won a remarkable gold medal in the Para- Swimming event after learning to walk again following surgery to amputate her right leg below the knee.

Cyrille Thatchet II competed in the weightlifting event. Coached by MDX sports tutor Shyam Chavda, he was selected as a flag bearer for the Opening Ceremony but unfortunately suffered cramp during competition and had to bow out.

Alumna Stacie Gaston-Moneville competed in the Para- Discus (F44) event where she threw a PB to finish in sixth place.

To find out more about studying sport at MDX, click here.