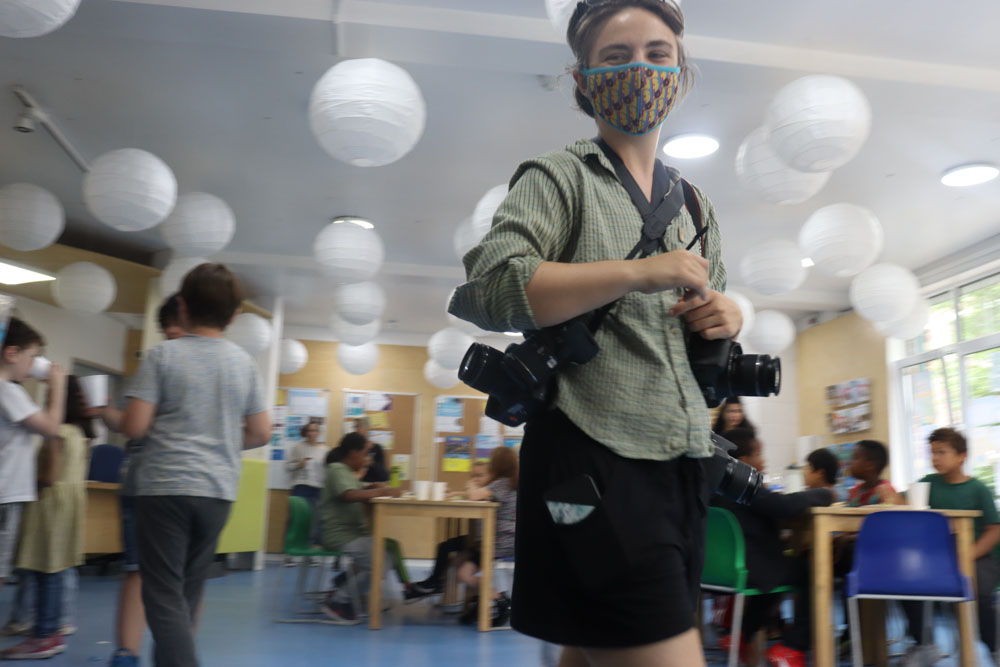 MDX Creative Industries graduates have hailed an "amazing" partnership between the university and Canon, with students enjoying access to Canon products, expertise and professional networks and entry to international festivals.

She was deeply struck by a talk by veteran Danish photo editor and photojournalism teacher Thomas Boberg - "very simple advice, I always refer back to it" - and stimulated by the different approaches taken by students from across Europe that she met there, who she still stays in touch with.

"In photography there isn't just one way answer, one way of doing something," she says. "You can appreciate a wider photographic oeuvre".

Jennifer, winner of Best in Show for Week 1 at the leading photography graduate showcase Free Range in 2019, and now doing her Photography MA at MDX, says she has felt extremely well supported both by Canon staff and the reliability of Canon photographic equipment. Nathan Dua, Education Segment Manager for the UK and Ireland is "really amazing, he gets stuff done. He'd just pick up the phone," she says.

For her documentary photography projects, which have included capturing photos of Fleet Street journalists and media campaigners at work, she says "I'm going to get the shot with Canon, and justify the respect that these incredibly busy people have given me".

"On these shoots I'm normally surrounded by other photojournalists/photographers rubber-necking. My subjects are editors and tough journalists who aren't used to sitting still and being told what to do, so there's definitely a lot of pressure to get things right, and to show off with high quality equipment".

Jennifer recently went to photograph journalists and news teams on the Ukraine-Poland border, taking a Canon with a compact 600D body and a huge L series lens. She has just started a three month MA project in Australia embedded with satirical outlet The Chaser to document its team producing wide-ranging content from TV to theatre to podcasts.

She was grateful to have a Canon for photography workshops she ran for young children in Athens and London over the summer. "You say, don't put fingers near the glass, and they do. My Canons remained completely workable - they've been through a lot".

2022 TV Production graduate Francisco Batista was joint winner of one of three prizes awarded by Canon at the MDX summer graduate showcase, for co-producing a show called Lazy Lyrics.

For his final project at MDX, a studio music show, Francisco used a Canon video camera to shoot the video inserts. "It was really nice to have a Canon with the high quality footage - light wasn't that much of a problem, we got all the details we wanted," he says. 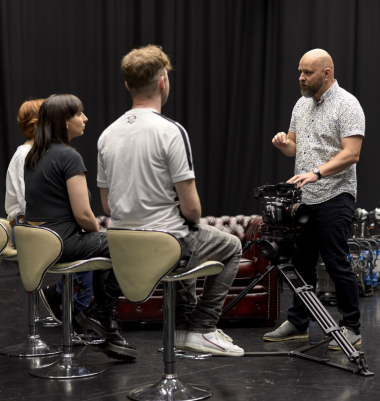 "I've had Canon equipment for 10 years - it's been everything," Francisco says.

Self-confessedly "not a camera guy who knows exactly what equipment to use," Francisco appreciates Canon cameras' accessibility and user-friendliness: "The C100, C200, C300, it doesn't change much between them. With other cameras, you're going to the menu and the settings. With Canon, at the end of the day it's press and you're shooting".

Sine the prize he won at the graduate showcase was Canon equipment rental, "it was really nice to know Canon still wants to support us after uni," Francisco says. "Any idea we have - it's not the end for this year or next year".

Canon provides equipment to MDX on an operational leasing model, meaning students have access to the latest kit without the university having to keep making expensive purchases.

Students are such regular users - with each camera changing hands up to 5 or 6 times a week - that MDX acts as an informal test bed for Canon, offering feedback on different models.

The partnership began four years ago, evolving over that time into a unique working relationship.

"It was quite obvious from the start that Middlesex University was really investment in Canon, and that we needed to be equally invested in Middlesex" says Canon's Nathan Dua.

"We've done 'Canon on Campus' events, where we come in with equipment and products so students and staff can try it out for themselves. We bring industry professionals so students can directly engage and network.

“Using Canon’s corporate philosophy of “Kyosei”, living and working together for the common good, combined with MDX's forward thinking, inclusive approach, allowed us to try new ways in which to engage students and industry". 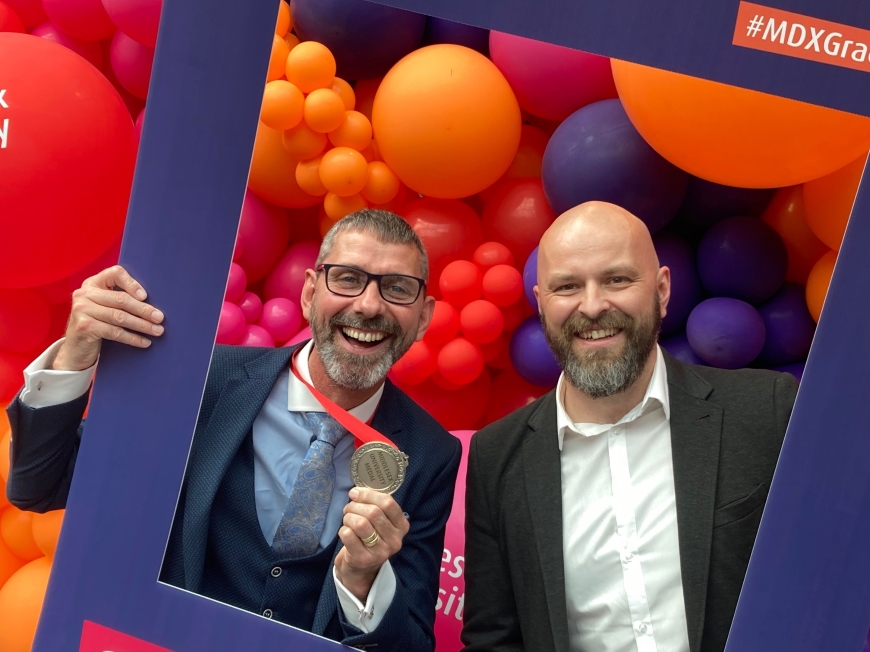 During graduation week 2022, Nathan was awarded one of the first new MDX medals, in recognition of his work to create valuable and exciting opportunities to co-create with Canon for MDX students, graduates and staff. As a result of the publicity around this, Nathan says, Canon head office got in touch with him and gave backing to an initiative he had long been trying to get off the ground.

"We do look at other products," says head of Technical and Teaching Resources at MDX, Dan Sosnowski, who has spearheaded the partnership "but Canon keeps on winning!" His names his favourite features as "the flexibility, durability and the professional aesthetic of the output".

"We shape and educate future creatives, and in turn, Canon does too," says Dan. "By establishing that element of trust, we can make our own calculated risks to invest and adopt.

"Our aim is to close or even eradicate the gap between education and industry, so we have have creatives, filmmakers, fashion designers, photographers going ready into the industry and sharing their imagination and creativity with everybody.

"That is at the heart of everything that we do here at Middlesex, and it was just great that we have colleagues at Canon that share our vision and understand it".

"From my interactions with Canon so far, and from what I have observed from them as a company, they really want their photographers to do well" says Jennifer Forward-Hayter. "They're not just selling cameras: they're building tough, decisive photographers".

To read more about studying Photography at MDX, click here