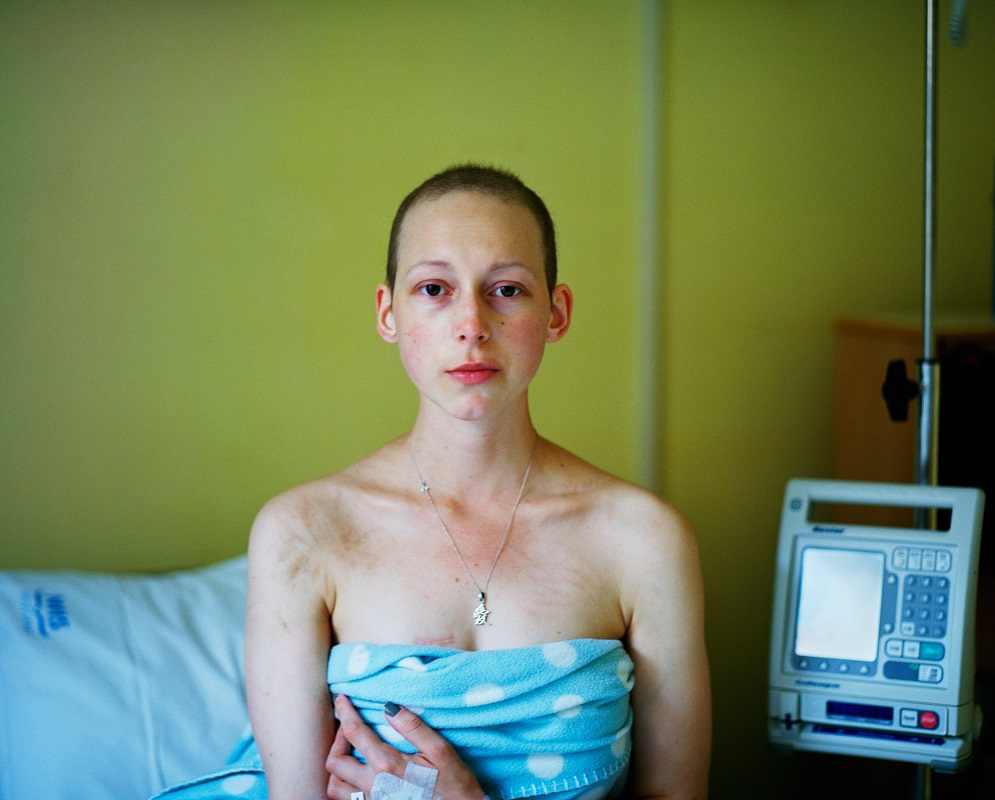 Carly Clarke was delighted to receive The Vic Odden Award this year, which recognises a notable achievement in the art of photography by an individual aged 35 or under.

Since graduating from MDX, she has produced a wide-ranging body of work, based loosely on the theme of interpreting political issues that otherwise might go unnoticed.

A large proportion of Carly’s output are her Reality Trauma and In The Blood series, where she documented the cancer journeys of herself and her younger brother Joe.

In 2012 Carly ignored doctor’s advice to fly to Vancouver to undertake her final year photography project in the poverty-stricken downtown eastside because she didn’t want anything to get in the way of the degree course she was relishing.

Then 26, she had been ill for around a year before being diagnosed with Hodgkin Lymphoma, after dismissing her symptoms initially.

“The tumour was the size of a grapefruit in my lung when I was diagnosed," Carly said.

“It was absolutely terrifying, I thought at the time it was down to carrying all this photography equipment around and doing all these different projects, I thought that was why I was getting pain in my back and arms.

“I went to Canada even though doctors at the time said I probably shouldn’t fly. I thought it was a chest infection, I kept thinking I am not ill.

“Everything just went off the rails, lots of doctors and awful things happening, biopsies of the lung.”

Carly’s cancer was diagnosed so late, she was told that she would have to start chemotherapy straight away if she “had any chance of living.”

She said: “When I was in hospital, I remember those months of my life and not knowing what was going to happen to me, whether I would survive it.”

Unsure about what the future held, Carly decided to document the physical changes she was undergoing by taking pictures. 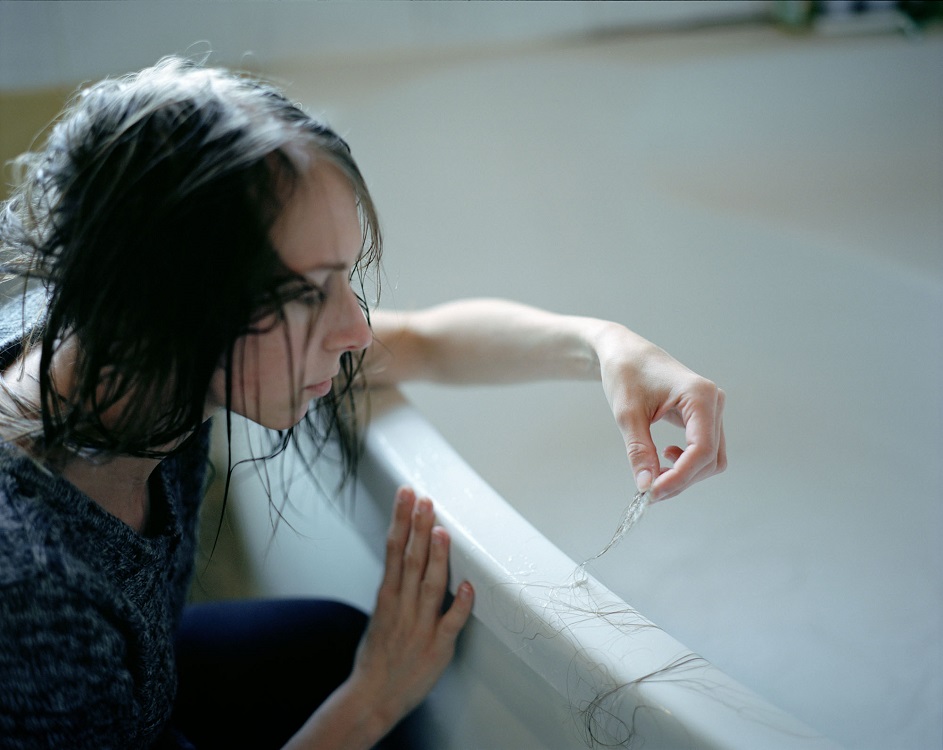 “The photography was the thing that kept me going,” she said.

“Obviously, my family and friends were there to support me but for me personally, it was photography that saved me. I do really love it so much and it was a way of getting out of my reality and trying to face what I was going through.”

Carly’s photos depicted her new reality of scans, treatment and hospital stays as her weight plummeted to six stone.

“It is not hard to look back at them now, though it changes and evolves all the time like life, photography and visual arts,” she said.

“I feel differently now to how I felt back then when I was doing it.”

“There were times during it where I thought 'what am I even doing with this work, I may not even live to see it so what is the point,' but it is astonishing, the changes that I went through.”

Carly, now 36, says her MDX tutors were “wonderfully supportive throughout”.

“Michael Bradley (the Programme Leader) was absolutely incredible, he knew that I wanted to continue doing the work,” she added.

“I travelled from Eastbourne to do the scanning when I could. They were like family to me at the time.”

After a short period of recovery, Carly started an MA in Photography at MDX, made possible through a Luck-Hille Scholarship.

Her love of photography had been established while studying A Levels at Lewes College.

“I had always been interested in visual arts and I studied fine art, photography and media theatre studies at A Level.

“I started a Fine Art degree but felt like it just wasn’t for me.  I knew I needed to get on to a photography course though I was a little conflicted about whether I could make a career out of it.

“Middlesex accepted me, to my surprise. I went to the campus, saw the facilities and thought how great it looked. The teaching looked amazing and I thought this is the course.”

Carly went to India as part of her Master’s and worked on an India’s Forgotten Elders project. 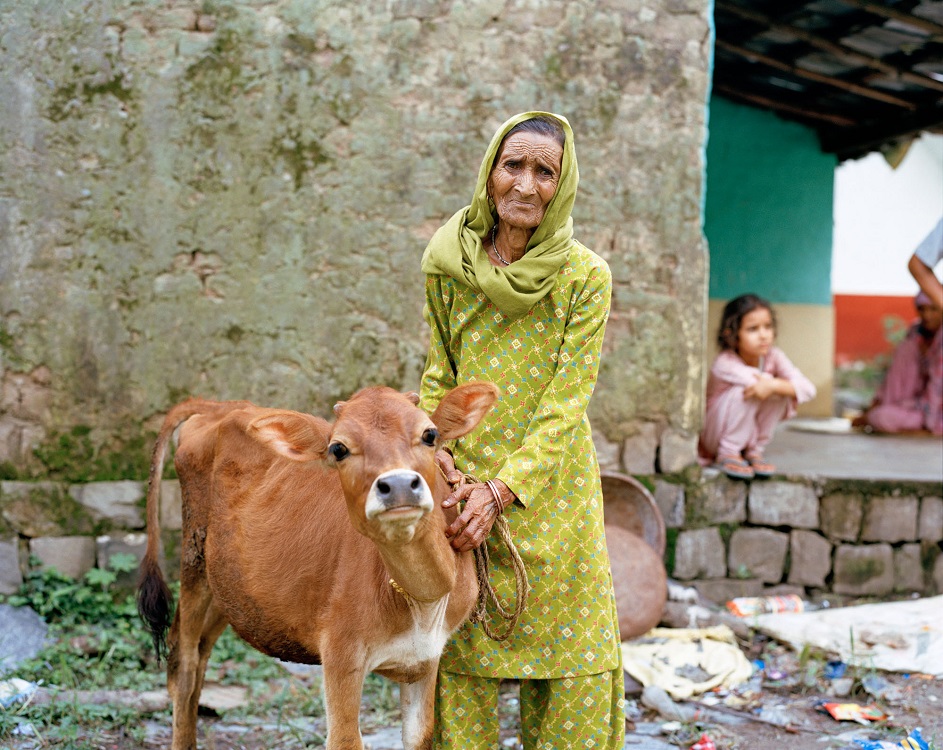 She said: “It was a very difficult project and I didn’t feel it was entirely resolved by the end but I did the best I could with the resources that I had.

“I was just surprised that people were willing to talk to me and tell me about their stories.

“I got an idea about how India is becoming so Westernised, I found it so interesting and very sad too.

“Some of what I found was extremely alarming. Stories of elders being ill-treated at home or turned out by their children were numerous. Such elders are forced to tolerate abuse for the sake of ‘family honour’ and live on the street or, if they are fortunate, enter a ‘poor house’ or ‘old people’s home’.”

Carly’s work was recognised as part of the International Photo Awards in 2018.

That year also saw her "Last Day of Chemotherapy" photograph from Reality Trauma shortlisted in the Portrait of Britain Awards.

But just as her career was beginning to take off, Carly’s younger brother Joe, 18, was diagnosed with Hodgkin Lymphoma.

“It was such a shock when we found out,” she said.

“I started to get suspicious when he started losing weight and said he was itching all the time. He had been to A & E a few times over that year and knew something was really wrong with him but kept being told it was a skin condition.

“I thought it sounded a lot like what I went through though it felt too unreal to imagine it again.”

After Joe started treatment, he allowed Carly to photograph him. 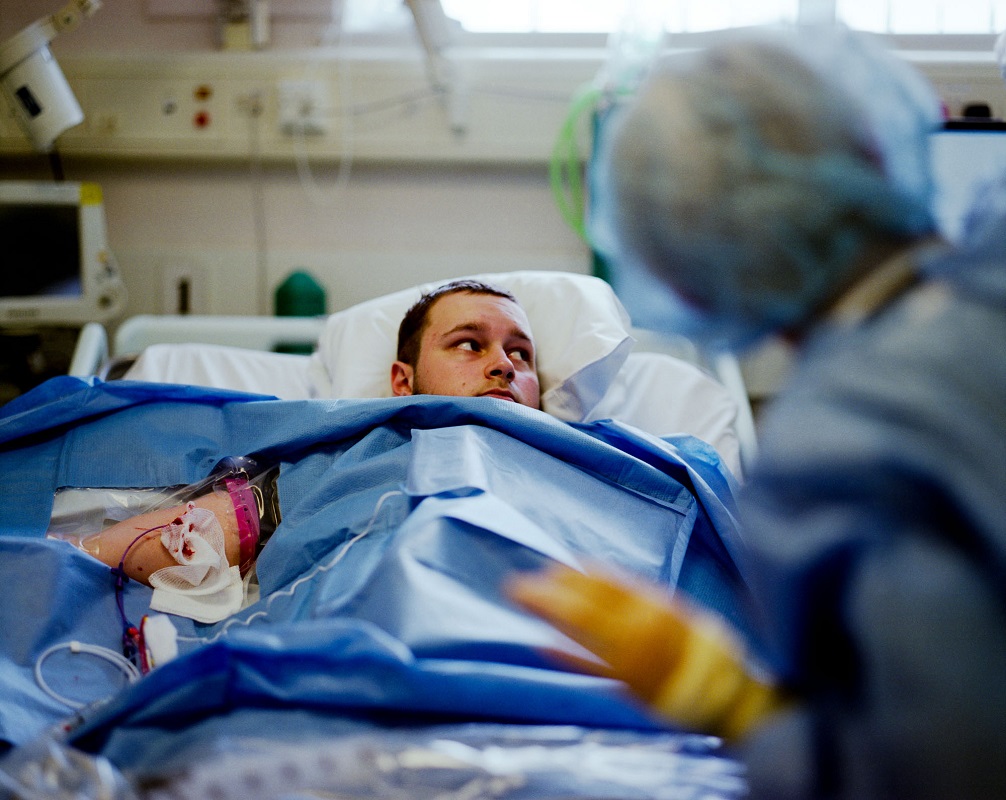 She said: “It was so different in many ways to what I went through, he had a very difficult time with chemo. His treatment lasted for two years, though I stopped documenting it towards the end of 2019.”

“It was a little straining on our relationship, it was very complicated going through something like that with my brother.”

Joe went on to eventually have stem cell treatment which he avoided initially. Like Carly, he is now in remission.

Despite working full time as the manager of a healthcare agency in Eastbourne, Carly’s photography work continues, including a project documenting her home town.

“The dream is one day to do the photography full-time,” she said.

“I am blown away to receive the Vic Odden award from the Royal Photographic Society, I am completely thrilled.

“I was nominated for the award so didn’t even know until I was contacted. When I did some research I realised that it was a big deal and I am thrilled that my work has been recognised in this way. It makes me feel confident that the work I am doing is good and it makes me want to keep doing what I am doing.”