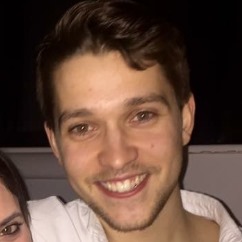 Tell us about what you do in your current role at Endemol UK.

I started at Endemol back in October in preparation for the January series of Celebrity Big Brother. As I have been a member of the Task team for a couple of years now I understand what the exec team are looking for from each task so can make basically anything into a game. We are given a brief that details what sort of tone the channel would like to see. After development finished in December we moved from the head office to the site, where we have been preparing and setting tasks.

I've always been interested in working within the media industry and my love of television made it the ideal choice for my career. My job allows me to be creative every day and surrounds me with like-minded people that are all working towards the same goal, it's one team, one dream!

As with every career there are cons, and television is no exception to this. While I'm working on a show my personal life goes out the window, it can be long hours for little thanks. But nothing compares to the feeling of watching a show that you've helped to make and seeing your name scroll through the credits.

How did you land your first job?

My first job came directly through MDX, a woman named Chloe from HR at Endemol came to speak at our uni. We received a message to say that she would be holding interviews to go through our CVs and give us tips on what changes to make. From here I took on a series of day running jobs through Chloe and my career stemmed from there!

What made you choose MDX?

I chose Middlesex after an open day, I got to look around the brand new facilities and was blown away at how much there would be available to me. From that point on Middlesex was the only option for me.

What aspects of the course did you enjoy the most?

I enjoyed the freedom that Middlesex offered, you could get as much or as little help as you needed. I felt treated like a peer, ideas would be developed and focused and at no point did I feel patronized by any of my lecturers.

How do you feel your time at MDX has helped you in your career so far?

At Middlesex I learned how to edit using AVID from scratch. I have used my edit skills in a number of different shows that I've worked on and I believe my edit skills make my CV stand out against the crowd from other Researchers.

What advice would you give to current students?

Remember to smile. This sounds like a ridiculous piece of advice but I cannot tell you how much it makes a difference to your career. Firstly because people will notice a good attitude and it will get you further than any other skill will at the start. But also because there will be days where you will feel like quitting, and a positive attitude will get you through it. Because for every day you feel bad, you'll have ten days where you think "I can't believe I get paid to do this", and you'll be so grateful for Middlesex University.

Want to follow in Elliott's footsteps? Find out more about BA Television Production.