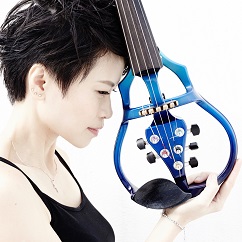 I chose Middlesex because it was the only university at that time that had a 3+1 music twinning programme with a local college here in Malaysia. Also, the campus in which the music department was situated represented a real attraction.

What course did you study and what attracted you to that course?

I have always enjoyed playing and learning music, and Middlesex University offered me a stepping stone to further my education overseas. It was also the only university that offered a music programme with Malaysia.

What aspects of your course did you enjoy the most?

I enjoyed the freedom in learning whereby lecturers gave us opportunities to explore beyond the set standard syllabus. Also, being a small cohort allowed us to work very closely together. It was definitely a door opener to bigger and better opportunities in the UK.  I loved the learning atmosphere, which was very different from back home in Malaysia. Students were given free time and space to explore their musical inclinations.

What is your fondest memory of Middlesex?

The music department was situated at Trent Park. One of my fondest memory is having my lunch breaks by the pond and occasionally lying down under the apple trees, falling asleep to the gentle rustling of leaves.

Go for it! This is a university which is vibrant, and has the students' welfare and interest as its primary focus.

Having a degree from Middlesex has helped me to progress in my music education, and has certainly opened my mind to the variety of musical styles out there. I graduated with First Class Honours and was then awarded a Luther and Ernest Gaunt Scholarship for Strings to study at the University of Leeds. During my time at Leeds, I was chosen to receive a Foreign and Commonwealth Office Scholarship, in association with the British Council and Leeds, which enabled me to study a Masters in Music Performance (MMUS) degree. Then, in 2009, I went on to complete my PhD studies with Heriot Watt University, also in the United Kingdom. The focus for my PhD was on music and consumer behaviour.

During my time in the United Kingdom, I had the privilege of participating in several seminars and masterclasses held by prominent musicians.  In the Summer of 1998, I participated in the Aberswyth Music Festival in Wales, the renowned Edinburgh Summer Festival and also the Aberdeen Music Festival in Scotland. I was also given the opportunity to play an active role with the Sorrel Quartet during the Leeds Annual Music Festival in 1999.

After graduating from Middlesex and upon completing my Masters degree, I was hired almost immediately.

When I returned to Malaysia, I was selected to participate in the prestigious Asian Youth Orchestra for the year 2000 and travelled with the orchestra to Vietnam, Japan, Australia, Korea and Hong Kong. I was then lucky enough to perform alongside Hong Kong superstar Jacky Cheung in his Music Odyssey Tour 2002/03 which was a 40 concert tour around the world.  The following year, I performed with Taiwanese heart-throb David Tao in his 2003 Soul Power Tour and in 2008 I was invited to play with another Hong Kong superstar, Alan Tam.

What has been your defining career break of highlight to date?

There was more than one point in my career that contributed to my success. Being able to play with the Asian Youth Orchestra, touring all over the world as a solo electric violinist accompanying eminent Hong Kong pop artists, and releasing two albums on both iTunes and Spotify - After a Dream (2013) and Pulse of the Metropolis (2005) - represent strong career breaks.

Also, I have received several awards since my time at Middlesex. These included, among others, receiving The Outstanding Young Malaysian Award 2004, The Martell’s Rising Personality Award 2008, The National Academic Award 2012, and being nominated for the British Council Alumni Award 2017.

What skills have been most valuable in your career so far and how have you developed these?

I have not stopped practising on my instrument since entering college. The patience, motivation and dedication to keep practising  started when I was at Middlesex. This mental discipline has helped me to be who I am today.

Are there any tips you can give international students looking to move abroad to study?