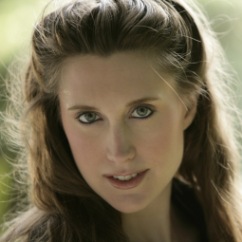 I did a three years National Diploma at the Italia Conti Academy of Theatre Arts in London and there was the opportunity afterwards to do a Professional Practice course through Middlesex that allowed us to upgrade our diploma to a BA Honours degree.

Two years after graduating I remembered about the option to go to Middlesex. I wanted to get a degree so looked into it and decided to seize the opportunity.

Your course didn't give you the typical student experience. Could you explain what it was like?

You do the Professional Practice course around your job and the idea is that they mutually reinforce each other, so because of that people on the course were still working.

As it was a top-up course it only lasted around 15 months. I was based in Leeds when I did the degree so I would get the train down for a class and then get the train back afterwards. I didn't have the social side that most people have at university, but I still had a great time.

What did the course entail?

As part of your Professional Practice degree you do an investigation linked in some way to your career, so for instance dancers might do an investigation into how nutrition impacts dancing or something like that. As I'm an actor I chose to look at continued professional development (CPD) and the differences in CPD for actors in London and LA.

It is about using the degree to help you get where you want to be in your work life. Although I live in LA now, at the time I was living in Leeds but I had been to LA a few times and knew I wanted to move out there which is why I chose that topic.

Your career was already taking off when you decided to come to Middlesex. Why did you decide to go back into education after completing your National Diploma?

I really wanted to have a degree because they're prestigious qualifications and I knew that if I moved out to America having a degree would help me get a visa.

What aspects of the course did you enjoy the most?

I think actually doing my investigation was what I enjoyed the most. Learning what I did about CPD and whether it makes you more employable as an actor and finding out from industry professionals what they thought about CPD was really interesting.

I got to interview some pretty high-up people in the industry, particularly in LA, and learning what they thought about CPD was fascinating.

Do your think your course helped you get where you are professionally today?

Doing the course has definitely helped me with my career. I didn't really know what it was going to entail before I started or whether it would actually further my career but it has definitely helped.
My investigation brought me to the conclusion that CPD might not make actors more employable directly, but indirectly through networking and meeting new people and honing your skills it does. Since moving to LA I have put that theory into practice and used it to advance my career.

What is your fondest memory of your time at Middlesex?

I really enjoyed the graduation day! It was great to experience a university graduation ceremony and to hear all the inspiring speeches from the lecturers and professors. While I didn't spend much time with my peers throughout the course because we weren't on campus that much, on graduation day we were all together and it was lovely. It was just a really great event.

What advice would you offer prospective students trying to choose a course?

I'd say if you have any idea about what you want to do career-wise then try and pick a course that is going to help you get closer to that. It's important that you choose a course that you will enjoy and find interesting, but if you're going to spend three years studying it is important that it will help you get closer to a career at the end of it. It is also important to look closely at what the course actually involves, how much contact time you will have, what the modules are and whether it is actually what you think it is.

What inspired you to be a performer, and what are the pros and cons?

I think I have always been a performer; from the age of two I was dancing and I have always been doing different things – whether acting, singing or dancing. I really enjoy performing and being creative and I love the variety and the fact that my job is always different. When you're on set there is always such a buzz around the place, it is such an exciting industry to be in and it just gives you such an adrenaline rush.

It can be tough financially and sometimes you don't have the security that you would like. You often don't know where your next job is coming from, but I actually find that quite exciting.

How did you get your first career break?

I have just done such a variety of things really. When I was younger and I was dancing I loved it and I was a finalist in Miss Dance of Great Britain and that was a huge achievement at the time. Getting into Italia Conti was a really tough thing to do because people from all over the world want to train there so that was another big achievement.

When I got booked to play the Comedy Store in Hollywood that was probably a big break into the world of comedy. Whenever anyone sees that on my resume they're like 'wow'.

What advice would you offer to aspiring actors considering moving to LA?

Definitely go and visit before you move out and see whether you like it, because LA is the sort of place that you either love or hate. While you're there try to take a course in whatever it is you want to do such as film, TV or theatre and just generally try to get a feel for what life there would be like. You should get involved in as many things as possible and meet as many people in the industry as you can.
It can be very hard financially when you first move out to LA. I am lucky because I have a voiceover job five nights a week so I am able to live off that, but it is rare.

What would be your top three tips to current students?

1) Know your strengths and weaknesses
2) Take all of the opportunities that come your way and try to seize them
3) Enjoy the ride.

What advice would you offer the 17/18 year old you?

I think I would have liked to go out to LA a few years earlier than I did because I love it here so much. Saying that, I'm not sure I would have appreciated it as much if I had gone there before I got my degree. I think I'd tell myself to worry less (I'm a bit of a worrier) and enjoy the ride a bit more!