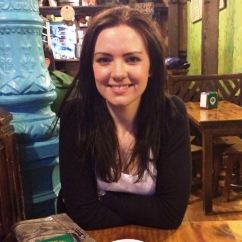 Besides the fact it was local to me and meant I could stay in London, I had heard good things about the media department at Middlesex. I went to an Open Day before applying and the talk given by both students and the department head convinced me that applying would be a good decision.

I had already done my NCTJ in journalism and have always wanted to work in magazines. I didn't really want to study journalism as had already done that with the NCTJ so I thought magazine publishing would give me a better sense of the industry and the business side of things.

The two modules I enjoyed most were 'Magazines' and 'Feature Writing'. Feature writing is what I wanted to go into after graduation, so being taught by the lecturers we had there gave a brilliant insight into the practical ways of that world.

We moved campus in our third year and the facilities at Hendon were much better than at Trent Park. Unfortunately as I was a third year, with fewer hours and more time spent working on my dissertation project, I didn't take full advantage of all of them… besides the library!

I loved my third year, oddly, even though a lot of time was spent in the library. We would spend all day there as opposed to going home, so it felt like more of a university day than in previous years when we'd all go home in between lectures and seminars.

How did your course and time at Middlesex help you get to where you are professionally today?

In my second year, there was an option to do a work placement project, which I intended to do initially. I had to organise two different periods of work experience at different publications, which I did… then subsequently chose not to do the module! I still had the work placements set up though, so I spent time in my summer holidays at Arsenal FC's in-house magazine and time at the Telegraph. After graduation in July 2012, I went back and did a full internship and finally started work there properly last year.

I have always wanted to write, and decided I'd like to go into journalism when I was about 16.

Its pros are the people you meet, the stories you work on and seeing your byline. I'm excited every time, even on a really tiny article. Having worked in a non-journalism environment I can also say that even a quite boring day at work here is so much better than a good day anywhere else I've worked.

Its cons, particularly being in the print industry, are that it's not exactly a safe industry at the moment but we are getting more and more into the digital world every day and that's very exciting.

What does it take to get your first foot on the career ladder?

You have to be prepared to do a lot of work experience and internships, although more and more are becoming paid internships which was not the case when I was first doing them.

Probably being offered my first journalism job. It's so difficult to get jobs at the moment and the climate is so bad, that getting one in the industry I actually want to be in is something I'm very proud of and grateful for. I also won an award for my football blog in 2010, when I was still at Middlesex. I was the first and still only female writer to have won one of those awards and sports journalism is something I'm hugely interested in so that was an exciting moment.

Be prepared to do random things. Some of my strangest moments so far have been wearing full on sterile aprons and hair nets and eating caviar straight from a sturgeon in an interview about a caviar business, and getting stuck in the middle of nowhere in December during the coastal surge and wondering if I had enough money to stay in a Premier Inn!

You might know which area you want to go into, but stay open-minded to other things too. It's more difficult to write about things you don't know much about but you become an expert on very strange things very quickly!

Don't worry if you don't know what you want to do by graduation. I don't think many people do.

Just because everyone else is going to university right now doesn't mean you have to. I went off to Manchester doing a course I didn't want to do and hated it. I stuck it out six months because I thought it was the right thing to do but I was pretty miserable the entire time. I came back, got a weekend job and an office job, did my NCTJ, and then went back to university. I had picked my previous course en route to visit the uni while reading the prospectus!