Vice-Chancellor and the University Executive Team 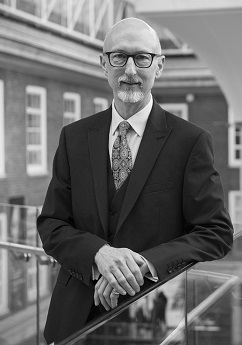 Nic is Vice-Chancellor of Middlesex University. He has held a range of senior higher education leadership roles including Vice-Principal of the University of St Andrews and Provost of the University of Dundee. He is President of the British Academy of Management, a member of the Council of the Academy of Social Sciences and a board member of London Higher and the Chartered Management Institute Race Network.

His academic background is in business and management and his research focused on identity, diversity, change leadership and learning. His work has been funded by AHRC, ESRC, EU, Nesta and industry partners and he was Lead Fellow of the ESRC Advanced Institute of Management.

Nic has worked extensively with industry and over the last decade has focused on change and innovation in creative industries and the health service. He also led the national academic input to the current Scottish cultural policy and is currently working on methods of impactful engagement between practice, policy and academia.

Read more about Nic and the role

Our Executive is made up of leading individuals who report to and support our Vice-Chancellor to carry out our mission to transform potential into success. 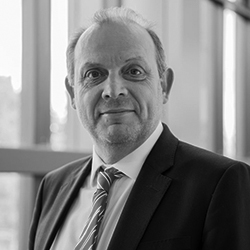 Sean is Deputy Vice-Chancellor, Provost having joined Middlesex University in April 2019 as Pro Vice-Chancellor and Executive Dean of the Faculty of Science and Technology.

Prior to his appointment with us, Sean worked at Oxford Brookes University where he held senior leadership roles including Pro Vice-Chancellor and Dean of the Faculty of Technology, Design and Environment and Pro Vice-Chancellor (Student Experience). He has led on the development of innovative new partnership activity and worked closely with the further education sector. He currently serves as an External Governor of a general FE college and a Trustee of Colindale Communities Trust (CCT).

Since beginning his career in the engineering industry, initially as an Apprentice, Sean has held teaching, research and leadership positions in three universities and roles with sector bodies including QAA and OfS. Sean has taught a range of subjects in engineering and computing over more than thirty years. He is a thought leader on engineering education and recently led a review of the Engineering Council standard used for the accreditation of engineering degree programmes. The new standard, AHEP Edition 4, better reflects the crucial role that engineers play in tackling societal concerns such as the UN Sustainable Development Goals and there is a new expectation that graduates will adopt an inclusive approach to engineering practice and recognise the importance of supporting equality, diversity and inclusion.

In his role as Deputy Vice-Chancellor, Provost, Sean exercises leadership, and has responsibility, for the academic performance, staffing, budgeting, and planning of the faculties. The Academic Deans for each faculty report directly to Sean, as will the new thematic Deans (aligned to the emergent University’s Integrating Themes). Sean also has responsibility for Apprenticeships and Professional Development and will convene a newly formed Deans Group for the University. 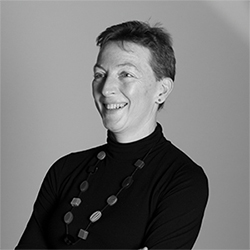 Carole-Anne is Deputy Vice-Chancellor Research, Exchange and Engagement, having previously held the role of Pro Vice-Chancellor for Research and Knowledge Exchange alongside her duties as Executive Dean of the Faculty of Arts and Creative Industries.

Joining Middlesex in 2012 as Dean of the School of Media and Performing Arts and Professor of Theatre, she led the formation of the Faculty of Arts and Creative Industries.

Carole-Anne previously held the Chair in Drama at the University of Ulster and has more than 25 years’ experience as an academic, researching and teaching in aspects of modern and contemporary theatre, drama and performance practice and has a special interest in directing. With a background in languages, she moved from theatre practice to begin an academic career as a lecturer at the University of Hull, later becoming Deputy Dean of Arts and Social Sciences.

Carole-Anne was the the founding editor of a journal of ethics in theatre and performance and has published  on translation for performance, contemporary Irish and Northern Irish theatre, francophone and anglophone African and Caribbean theatre.

She has served on various panels with the Arts and Humanities Research Council (AHRC), the Quality Assurance Agency for Higher Education (QAA), Higher Education Academy (HEA) and JISC, and has been invited to review for research councils internationally in Portugal, Ireland, Finland, Norway and Austria. She was proud to be elected as an Honorary Life Member of the UK subject association for theatre and drama (SCUDD) which she led for a number of years. In recent years, she has been a role model for the Aurora Programme, supporting women's career development in HE, and is a mentor as part of the REACH programme, supporting high performing civil servants with disabilities.

Carole-Anne has previously held board positions at Hull Truck Theatre and with a small health charity. She is currently an academic trustee of the London Academy of Music & Dramatic Art (LAMDA). She is a Fellow of the RSA.

Each faculty will have a Deputy Dean in Research, Knowledge Exchange and En­gagement and they will have a ‘dotted line’ reporting relationship to Carole-Anne. Carole-Anne also line manages the Research and Knowledge Transfer Office. 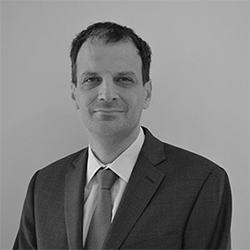 James Kennedy is Deputy Chief Executive Officer, having joined Middlesex University in 2016 as Chief Financial Officer with responsibility for strategic financial planning, capital investment and driving strategies to optimise the effective and efficient utilisation of resources and processes.

James has worked in a variety of different sectors, most recently as Chief Operating Officer with an NHS Foundation Trust. Prior to this, James worked for 10 years at Thermo Fisher Scientific, a US quoted company, where he held a number of UK and European director level positions. James is also a member of the Institute of Chartered Accountants of Scotland and holds a master’s degree from the University of Oxford in Engineering Science.

As Deputy Chief Executive Officer, James will focus on the development of a sustainable institution and associated digital and estates infrastructure. James ex­ercises leadership, and has responsibility, for finance, data and information management, planning, commercial strategy and market research, estates, procurement, facilities and sustainability and leads a team of Directors of these services. 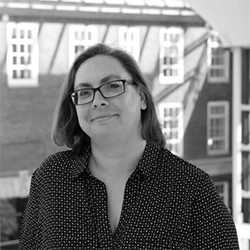 In her role as Chief Officer for Students and University Registrar, Sophie focuses on the care of our students, and has leadership and responsibility for the systems and processes that impact on them, throughout their ‘journey’, from out­reach, marketing and recruitment to ongoing support for students and their experience, and key related academic support processes and systems. Sophie also has institutional responsibility for Governance and regula­tory compliance.

Chief Officer for People and Culture 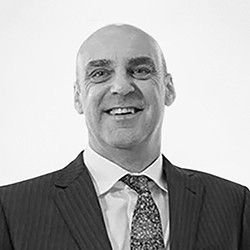 Mark Holton is our Chief Officer for People and Culture, having joined Middlesex University as Chief People Officer in August 2019.

Previously Mark worked at Coventry University where, as a member of the Group Leadership Team, he held the role of Director, Group Organisation Development. Prior to joining Coventry University, Mark held positions in Consulting, Retail and the Financial Services sector. This included key roles at organisations including Waterstones, Kingfisher Group and Nationwide Building Society.

Mark has an MA in Human Resource Management. He has extensive international experience including, delivery of Higher Education programmes in China, South East Asia, The Middle East, West and South Africa.

As Chief Officer for People and Culture, Mark is responsible for leading cul­ture change and communications across the University Community. Mark provides leadership on organisational learning and development, change management, recognition and reward and employee relations, and will play a coordinating role on EDI matters. The role encompasses com­munity and reputational build through effective staff, student, alumni and stakeholder communications and engagement and through policy and pub­lic affairs.

The Academic Board, which is chaired by our Vice-Chancellor, is made up of 30 individuals that advise on the recruitment and retention of our students, the content of our curriculum, and the assessment and examination process.

The Academic Board provides advice on: