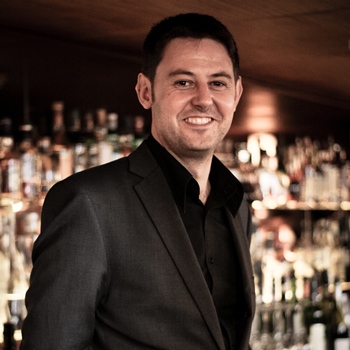 Middlesex University graduate and Huffington Post travel blogger Dan Miles could soon see his work on television, with his debut novel being discussed as a possible TV adaption.

Filthy Still: A tale of travel, sex and perfectly made cocktails is loosely based on Dan's experiences working in New Zealand, a country he confesses to visiting for a two-week holiday only to end up staying for five years.

Recently published for Kindle, the novel charts the life of 'charming waster' Alex Cotton, who finds himself keeping weird and wonderful company while working as a bartender in Queenstown.

"It took four years and more sweat, blood and tears than I would have thought possible to make this happen. Not to mention a fair amount of bloody mindedness," says Dan, who graduated with a BA Performing Arts degree in 1997.

"In the end it all came down to finding the right people who believed in it. Thankfully the reaction has been such that I've already started work on a follow up and had a meeting with a TV producer to discuss an adaptation."

Before becoming a journalist and writer Dan was an award-winning bartender and has previously mixed drinks at the Cocktail World Cup. In 2011 he won the Evening Standard's London's Best Bar award.

"More than anything I think Middlesex gave me the tools to achieve my goal by helping me discover what I wanted to do with my life," Dan adds.

"Not through initial speculation, but through a supported process that continues to this day, something that led me down the road to writing."

After its release on Amazon, the book is now a Kindle Top 100 Bestseller in three categories; Travel, Literary Humour and Love, Sex and Marriage.

Filthy Still: A tale of travel, sex and perfectly made cocktails can be purchased for Kindle and other e-readers from Amazon.