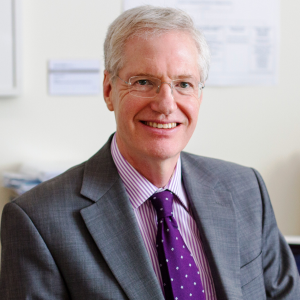 He will succeed Professor Michael Driscoll, who has led Middlesex University for nearly 20 years as Vice-Chancellor, and who will retire in the summer.

A Fellow of the Academy of Social Sciences and Royal Society of Arts and a Trustee of the Legal Education Foundation, Professor Blackman has also served as an assessor for Social Policy & Social Work in the 2014 UK Research Excellence Framework exercise.

Professor Blackman said: “I am delighted to be joining Middlesex University as its next Vice-Chancellor and privileged to have the opportunity to build on the successes of Professor Michael Driscoll and his leadership team.

“Middlesex transforms the lives of its students across the globe with an experience that’s all about the future professionals who will make tomorrow better.  Its research creates new knowledge that today’s world needs as we face the challenges of globalisation and sustainable living.  Middlesex believes in itself and in what it does.  It is an honour to be entrusted with making its future in the years ahead.”

Colin Hughes, Chair of the Middlesex University Board of Governors, said:  “We’re delighted to welcome Professor Tim Blackman to Middlesex.  He brings with him a wealth of experience, and a real commitment to the values and ethos of the University.  Professor Driscoll has led the University through significant change, and has recently invested more than £200 million providing our students with an outstanding campus environment.  I’m confident that Tim has exactly the right qualities to build on that impressive legacy, and continue leading the University’s staff and students to success.”

Professor Blackman was selected for the role by a selection panel and external assessor.  He will take up his position on 1 July 2015.