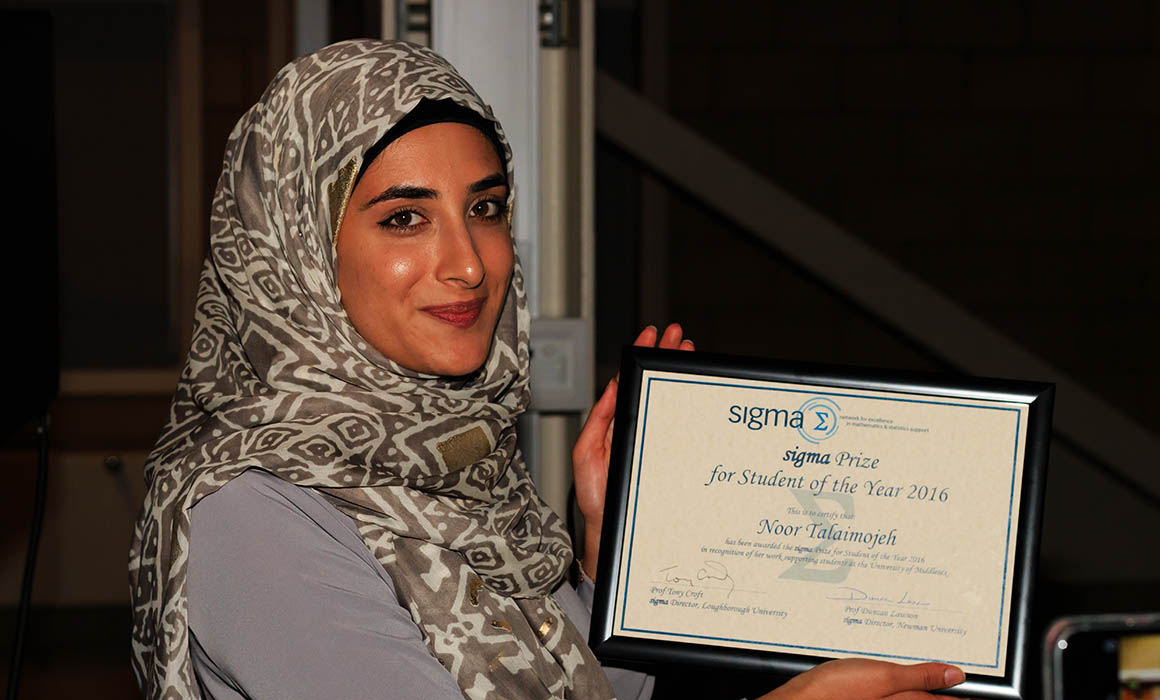 Final year BSc Mathematics student Noor Talaimojeh has been named Student of the Year by the Sigma-Network.

Noor was nominated by staff in the Design Engineering and Mathematics department for her outstanding contribution to student support in mathematics. Working as a Student Learning Assistant, she was praised for continually inspiring other students with her passion and enthusiasm for mathematics.

Noor picked up the award at the annual CETL-MSOR conference at Loughborough University on 6 September.

As a founding member of the university’s Mathematics Society, Noor has been an active and valuable member of the Middlesex community during her degree. She also attends outreach events as a Mathematics Ambassador to promote the study of maths to younger students.

With a large number of nominees from across UK universities, the judges were impressed with Noor's commitment to mathematics. Her extra-curricular work in the field put her ahead of the competition.

"There are so many opportunities at Middlesex to show your talent and what you can offer as a student." Noor Talaimojeh, BSc Mathematics student

"My friends and I were part of the Sigma society and the aim was to make maths fun. We used mathematical riddles and sculptures to engage people," says Noor.

Dr Matthew Jones, Associate Professor in Mathematics at Middlesex, is delighted for Noor and says the award is well-deserved.

“Noor has made a significant contribution to the support of students in maths across the university. She has been an important part of the maths team’s outreach programme and is more than deserving of this award," he said.

“Having one of our students win this prize shows how staff on the BSc Mathematics encourage students to develop personally as well as academically."

Find out more about studying Mathematics at Middlesex.