Middlesex lecturer Dr Tunc Aybak has won the Community Achievement Award for Politics and Education from the Turkish, Kurdish and Turkish Cypriot Communities 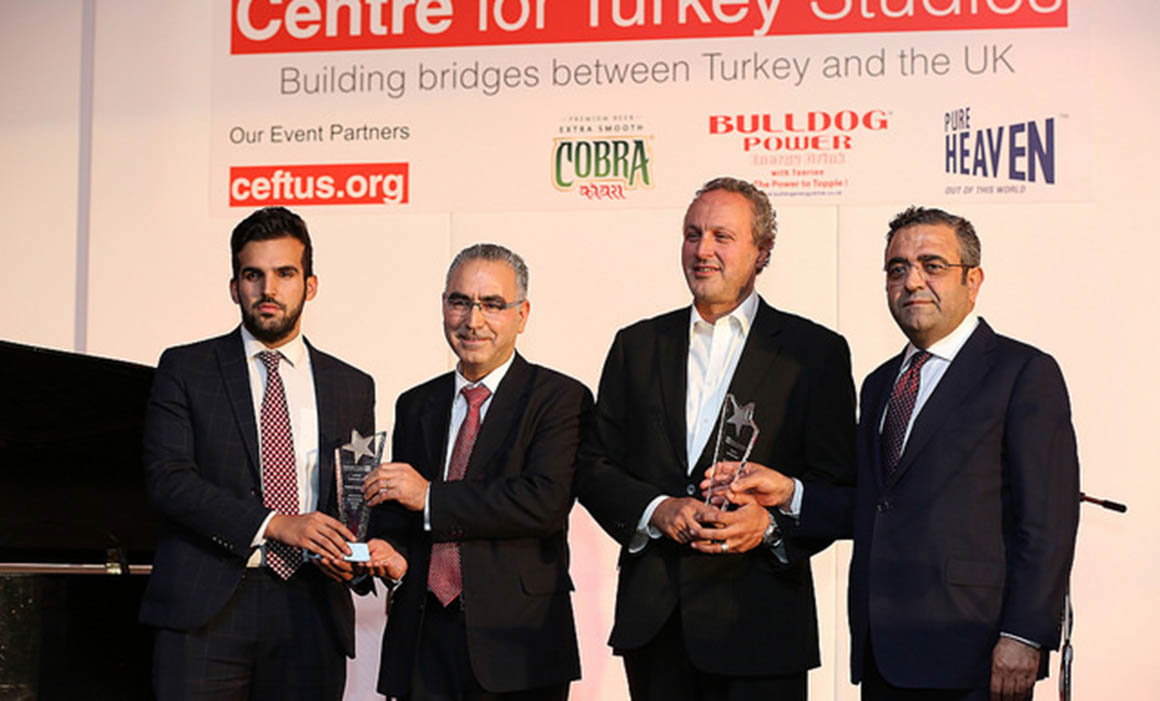 Dr Tunc Aybak has been recognised for his work in politics and education at the Turkish, Kurdish and Turkish Cypriot Community Achievement Awards, hosted by the Centre for Turkey Studies (CEFTUS).

The senior politics lecturer at Middlesex University was chosen from a group of 12 nominees in the Politics and Education category for his contributions to public debates and community education.

“I feel both humbled and honoured to be recognised by the representatives of Turkish, Kurdish and Turkish Cypriot communities with my contributions to public debates and community education,” says Dr Aybak.

The award ceremony was attended by numerous figures from the political, business and cultural communities of Turkey and Britain. High profile politicians such as the Labour Party Leader Jeremy Corbyn attended, as well as numerous MPs from various Turkish and British political parties.

The event also marked the fifth year of CEFTUS as a non-profit organisation dedicated to building bridges between Britain and Turkey.

Find out more about the department of Law and Politics at Middlesex.